For the broadcaster’s news studio and a new OB truck, KBS decided on two mc²66 digital audio consoles equipped with latest RAVENNA/AES67 Audio-over-IP interfaces. While the news studio has been on-air since the beginning of 2015, the OB installation will be concluded by August 2015. Soundfox International, Lawo’s partner in Korea for Broadcast Audio & Video, is overseeing all of these KBS installations. 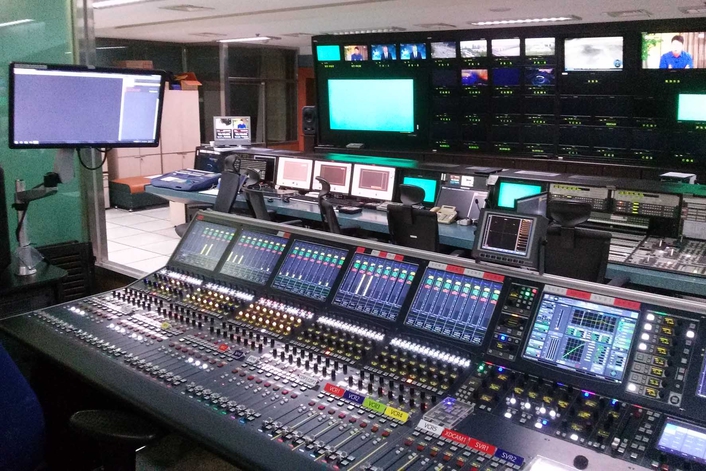 From previous experience with custom Lawo digital systems, and after considering all relevant options, KBS awarded the modernization of their news studio for KBS News1 (NS1) to the German manufacturer in autumn 2014. The project began in October, and an mc²66 console was installed and ready for news production in December. KBS is highly satisfied with Lawo products due to their operational stability and redundancy options, as well as their user-focused layouts. In this case, this flexibility allowed the central control section and master to be located on the right-hand side of the desk as KBS had requested. 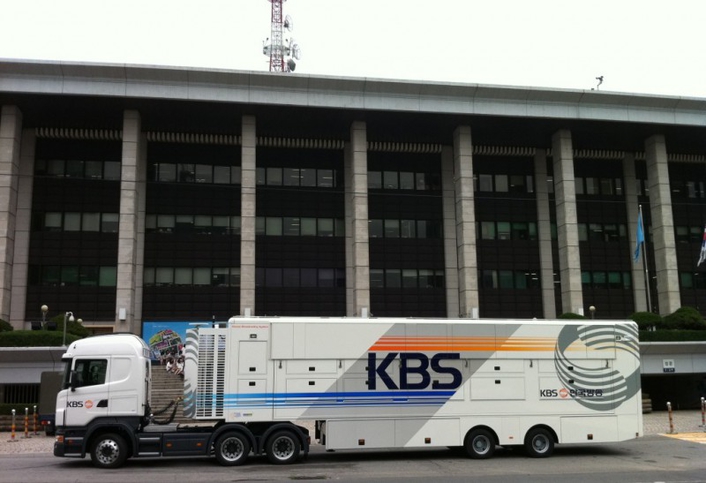 Ho Gun Lee, KBS News Director, states: “The Lawo mc²66 system is very stable and easy-to-use. The reasons for selecting the mc²66 include its stability, and the long history and expertise of Lawo as a manufacturer. Another feature is the simple and fast routing via the console, and errors can be monitored and analyzed by the real-time display of the current status of the whole system through the central main screen. In addition, errors are saved in the log file, which is convenient for maintenance control.”

Besides modernizing the fixed installations, KBS is also modernizing its OB fleet. For this, a new mc²66 console is being set up, configured and customized in Germany during the summer to be delivered to KBS in early August 2015. The concept includes the use of Lawo stageboxes using RAVENNA technology. In July, KBS and Soundfox engineers will visit regional German broadcaster Südwestrundfunk (SWR) in Baden-Baden close to Lawo’s HQ to inspect the equipment and installations.

About KBS
Korean Broadcasting System (KBS) has long been leading in the development of broadcasting culture of the country and the key public service broadcaster of Korea.