KHQ Upgrades to HD with ABS 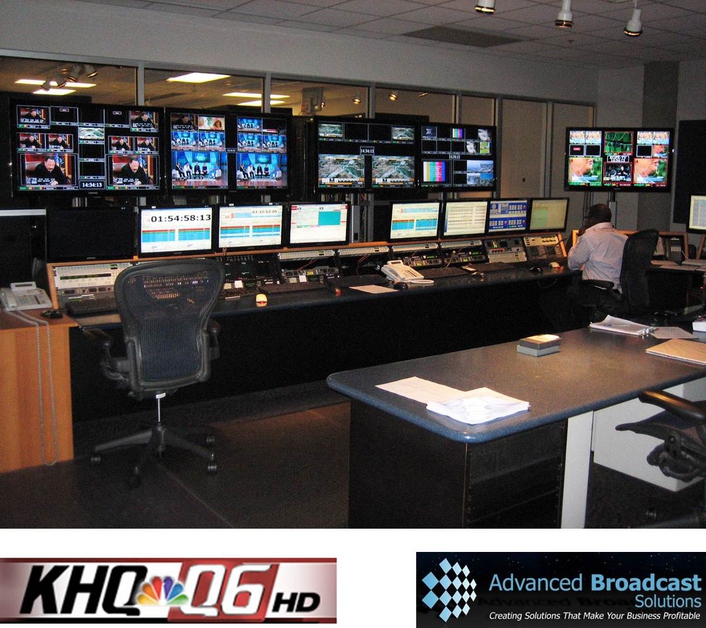 The new master control area for Spokane’s KHQ also serves as a centralcasting hub for KNDO and KNDU
For about three years, KHQ in Spokane, Wash. (DMA #75), had been relying on upconversion to deliver its HD content to audiences. With the help of premier systems integration firm Advanced Broadcast Solutions, the station upgraded its master control earlier this year to handle full HD – and converted the operation into a centralcasting hub for two other stations, KNDO and KNDU, as well as additional multiplexed channels serving the Yakima and the Tri-Cities (Kennewick, Pasco, and Richland) region in Washington (DMA #126).

The three NBC affiliates are owned by the KHQ Television Group, a subsidiary of Cowles Publishing Company. Each station also multicasts SWX Right Now, which provides local sports and weather coverage for Eastern Washington and Northern Idaho. The facility also handles master control for KGPX, an ION Media Networks station that is co-located at the facility but operated separately.

According to Paul Caryl, KHQ director of engineering, planning and design for the project began last fall, and equipment installation began in February. After a month of tests, the system went live for KHQ in April, while tests began for KNDO and KNDU. The entire system went live on July 12 for all three stations.

The channels are distributed via a 100 Mbps fiber loop between the three regions, provided by Charter Cable. There is also a redundant digital microwave path in case the fiber goes down.

ABS handled most of the design work, project scheduling, equipment recommendation and procurement, and installation. “The design work they do is critical for something this big,” Caryl noted. “This was a long, very complicated project, so it was good to have the expertise that ABS brings to it. That’s why we worked with them.”

The upgraded control room is built around a new Evertz VIP-X integrated routing platform and multi-image display system.  Pixel Power BrandMaster master control switchers with integrated graphics for branding were installed for each of the three main channels, while Pixel Power LogoVision branding devices were added for each SWX channel.

ABS was able to use the existing equipment racks in the redesign, but installed a new main console from Martin & Ziegler. Caryl said the old master control area could only accommodate two operators, but the new layout has space for up to four operators.

While the project progressed smoothly, Caryl recalled an automation issue between an old Grass Valley Philips router and the new Evertz equipment. ABS worked with both companies and was able to resolve the issue, so now the equipment communicates properly.

“This is something you run into – everything has got to ‘talk’ to each other,” Caryl said. “It was good to have ABS on our side, pushing to get that done. They are a good group to work with.”