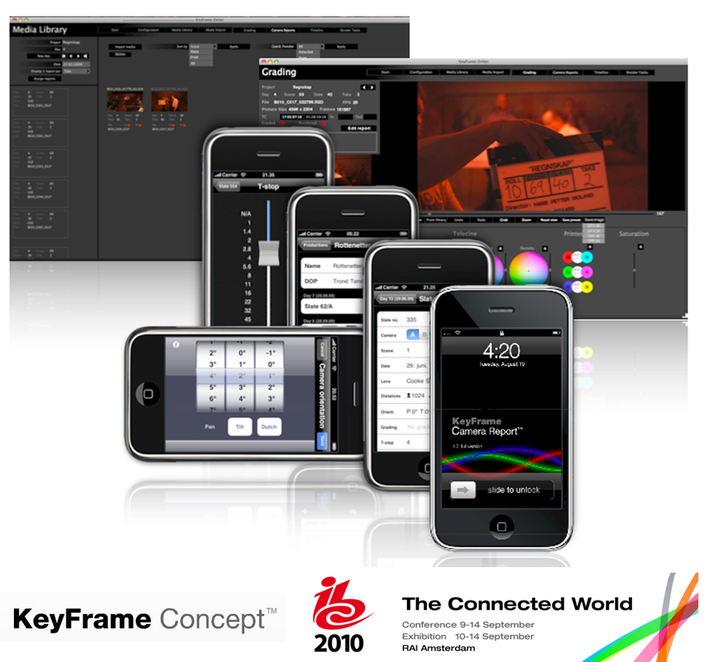 The application is a free download from the App Store and can be used as is, as a stand-alone product. Additionally, users may sign up for a web interface account which will enable them to generate a wide range of printed reports for different production needs. The account fee varies from $9.90 (students) to $69.99 (feature film). At IBC 2010, Keyframe personnel will be on hand to demonstrate the service and provide delegates with gift certificates for free trials. 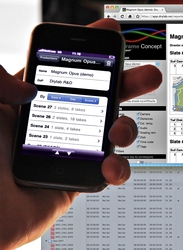 John Christian Rosenlund, experienced DP and Drylab founding partner, explains: “There are a number of iPhone apps already on the market but only ours offers full integration with features that are built into the phone as standard, such as GPS, Compass, and Gyro. By making use of the data generated by these features and integrating it into its reporting, Keyframe Camera Report automatically gives you information such as the vertical level of the camera, your global position, and the universal time. All this happens automatically, saving precious time on-set and saving precious budget when it comes to the application of digital effects in post-production.”

All data is transmitted to the iPhone using secure, SSL-encrypted connections, and Keyframe Camera Report syncs seamlessly to other Keyframe products such as Rushes Control, as well as to its own web interface.

Above all, the app is easy to use: simply tap the screen to create a new scene, take, and slate.