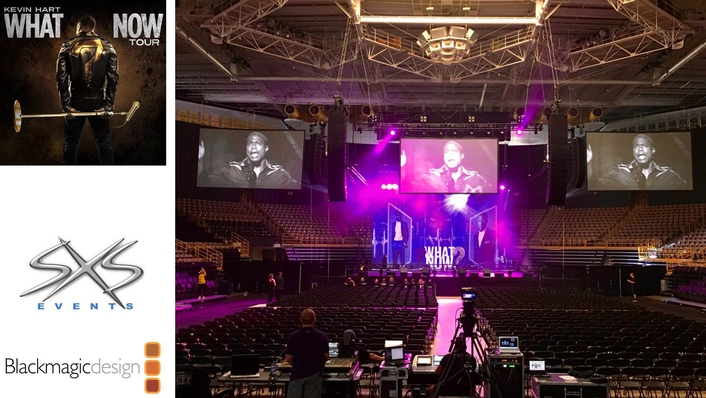 With video playing a major part in the tour’s overall aesthetic and influencing Kevin’s performance and interaction with arena audiences, the Blackmagic Design equipment forms an integral part of the live production workflow supplied by SXS Events, including LED screens, IMAG projectors, PPU and crew. 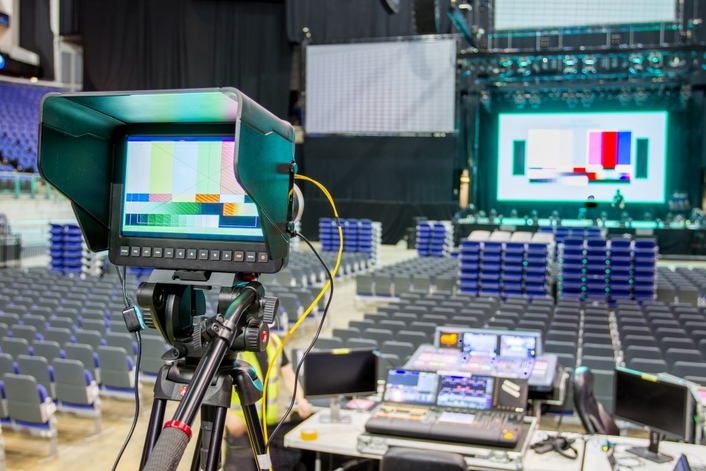 “The Blackmagic Design equipment that we’ve selected gives us broadcast grade image quality as part of a turnkey live production set up,” explains Johnny Palmer, founder of SXS Events. “We had an extremely short lead time and had to be able to not only deliver a reliable and robust touring package that could deliver outstanding results, but also great value for the client. We knew that the video quality and low latency that Blackmagic’s live production infrastructure offers would match this brief perfectly.” 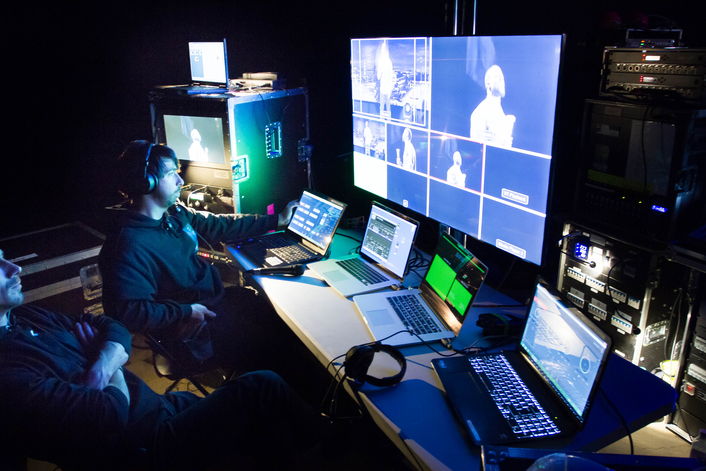 Three Blackmagic Studio Camera 4K track Kevin’s performance on stage; two positioned in the pit and a third paired with a telephoto zoom, which is designated as the front of house camera. “At some of the venues, such as the O2, we can be filming from up to 50 meters away from the stage, so we need to have the headroom that a telephoto zoom affords to ensure we can still capture a clean, crisp image,” explains Johnny. “The cameras’ tally and talkback features are also critical for the tour’s creative direction. It’s unusual for a live performance set up, but Kevin really loves the tally system as he interacts with the cameras almost as though on a film set, rather than a live stage.”

The live IMAG mix was cut on an ATEM 1 M/E Production Studio 4K where a live program mix is produced and delivered to three 12m IMAG projection screens; two at either side of the stage and a third above it.

A second ATEM switcher is responsible for feeding the LED screens that act as the stage backdrop, using content from the tour promoter’s media servers. “The fact that we have two ATEM production switchers as part of the touring kit essentially means that we are traveling to all of these dates with full redundancy,” explains Johnny. “This simply wouldn’t have been the case in the past, as the budgets just wouldn’t have stretched to this.”

Johnny explains that although each camera has its own operator, the team uses the ATEM Camera Control software to regulate white balance, gamma and exposure across the three cameras. “We’re working in an environment with ever changing lighting, so the ability to not only react to those changes, but also to do this consistently across all of our live feeds ensures that we have full control over the final image.” 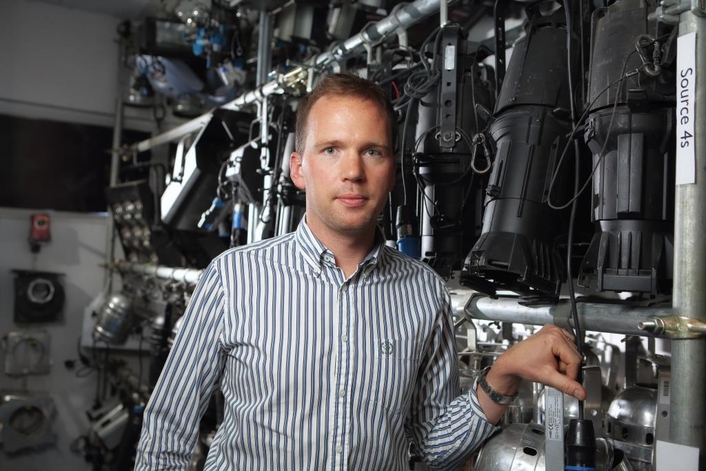 Video distribution is via full fiber optic front of house looms, which also deliver lighting, audio and communications signals. “The connectivity that the Blackmagic infrastructure has means that we’re able to use a much more streamlined loom, with a diameter of less than an inch, compared to the huge kit we would have previously deployed. With a team of 40 and three truckloads of kit to manage, this is a huge advantage to our workflow.”