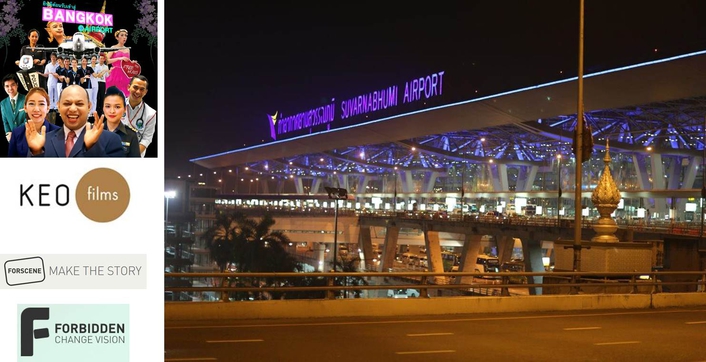 .
Forbidden, makers of market-leading professional video editing software Forscene, announced today that BAFTA, Royal Television Society, and Emmy Award-winning independent production company KEO films incorporated Forscene into the remote production workflow for "Bangkok Airport," its latest factual program prepared for the BBC. Forscene not only served as a remote-viewing and "second edit" solution, but also provided an efficient method of logging and translation. The resulting workflow let producers and editors in London and Glasgow, Scotland, review and edit content without delay, and at the same time collaborate with the camera crews in Thailand on the ongoing shoot.

"At KEO films we already have safe and trusted media workflows, but for this production, we needed a solution that would add — and guarantee — immediate viewing and project direction from nearly 6,000 miles away without drastically increasing the complexity of the whole system," said Germán Andrés Fares, media workflow manager, KEO films. "Forscene helped us manage a huge volume of material across thousands of miles and seven time zones with a unique workflow that saved invaluable time. In short, Forscene made the distance between the U.K. and Thailand seem like less of an issue in an otherwise complex and high-pressure filming schedule." 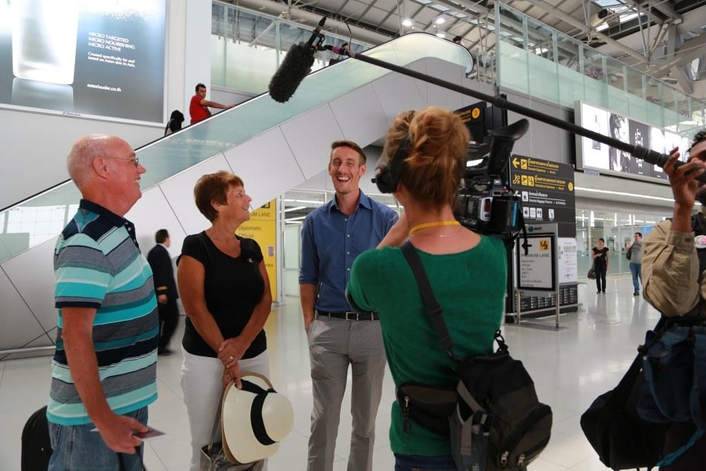 The "Bangkok Airport" production had five teams of camera and sound operators shooting continuously for more than three months in the Bangkok airport and beyond. They produced more than 15 hours of digital footage per day, all of which had to be backed up, verified, logged, and made accessible to the U.K. team via the cloud. While the production designers, story producers, and coordinators worked on location in Thailand throughout the shoot, the series producer, production manager, and other key members of the production team worked from London and Glasgow. The U.K. teams needed almost immediate access to each day's footage in order to edit, review, and direct the teams working in Bangkok. 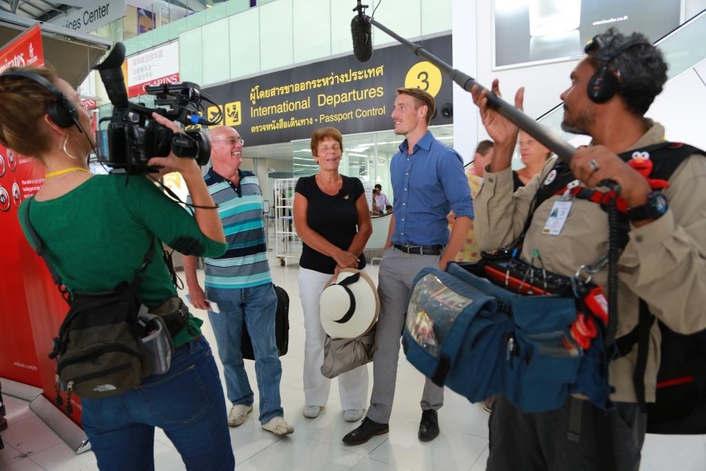 KEO films used a Forscene server in a Bangkok hotel room to ingest and upload proxies of each day's footage to the Forscene cloud, which made it possible for the U.K. teams to review and approve raw media in Forscene before the hard drives arrived from Thailand. When the hard drives did arrive in the U.K., the raw media was ingested into the company's media management system for editors to access. A producer in each edit suite also worked with Forscene on a laptop, and edit assistants regularly relinked pulls made in Forscene back into the editing system. Any clips that needed translation were cut in Forscene and then put into a "translations" folder, where off-site translators could access and translate them using the Forscene logging tool. 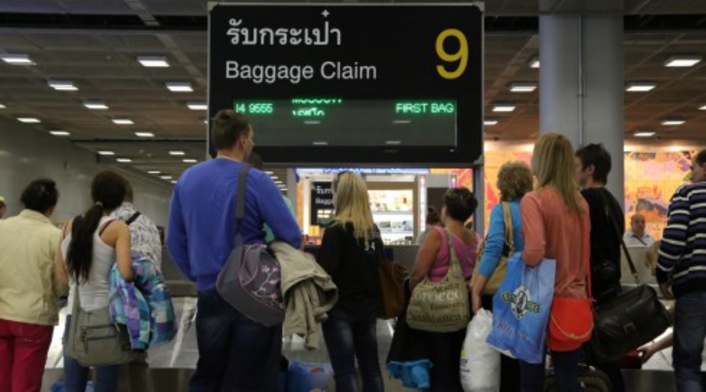 "When filming speech in foreign languages as we did on 'Bangkok Airport,' it is incredibly convenient to be able to log and translate rushes on the same edit solution, especially when dealing with multiple camera types and several translators, loggers, and coordinators accessing the same media throughout the day," Fares said. "With Forscene, the logged clips were always saved automatically, remained on the same format, and were easily exported or printed for reviewing."

"KEO films' Forscene deployment is a prime example of the time and effort production companies can save by taking advantage of the secure Forscene cloud, especially for long high-shoot-ratio remote productions that involve great distances. In this case, as soon as batches of media were uploaded to the cloud in Thailand, the teams in the U.K. could quickly start to review and organize the material into stories, characters, and pulls," said Jason Cowan, director of business development at Forbidden Technologies plc. "With this type of workflow, not only can producers influence the shoot from afar while it's still in progress, but they also can work with editors to get started on the next stage of the process right away. In this way, companies can work more efficiently and turn projects around more quickly."