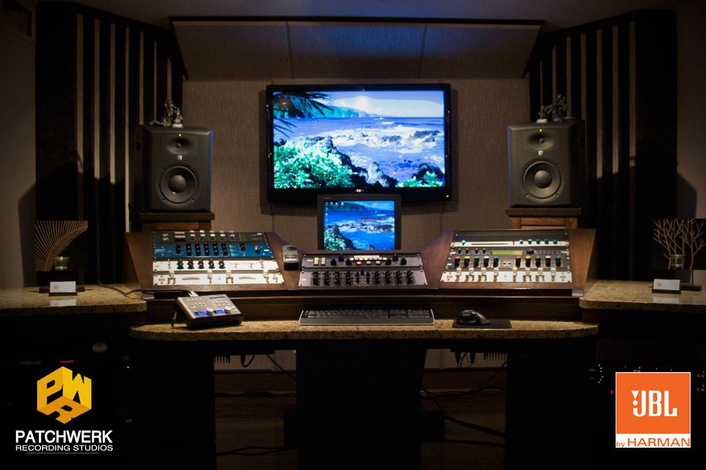 Kenny uses a minimalist mastering approach, which can be summed up in his philosophy of “Pure music – no hype!” Kenny noted, “If a song doesn’t require a specific piece of gear, then it is removed from the chain, eliminating any unnecessary processing. I don’t like ‘hyper’ compression, over-limiting or over-exaggerating the highs and lows. Too much compression makes a mix lose its transient attack, inner detail, reverb tails, front-to-back stage depth, air and side-to-side spatial cues. Over-limiting makes a song sound tiny, thin and weak.”

As an extremely critical listener, Kenny needs a speaker system that reveals every sonic detail in a mix. He values the LSR6328P and LSR6312P for their clean, detailed sound quality even at higher volume levels. “Everyone who hears them loves the LSR studio monitors—artists and staffers alike. I believe a big part of this has to do with the fact that the low-frequency drivers in the LSR6328P and the LSR6312P subwoofer sound really transparent, without any distortion. The tweeter also integrates well with these drivers, and the overall sound of the system is really smooth.”

“I’m working out of a brand-new room, and we were able to design the room around the LSR monitors,” Kenny noted. “However, I’ve gotten excellent results with the LSR’s in other rooms because of their ability to adapt to different room acoustics and placement situations.”