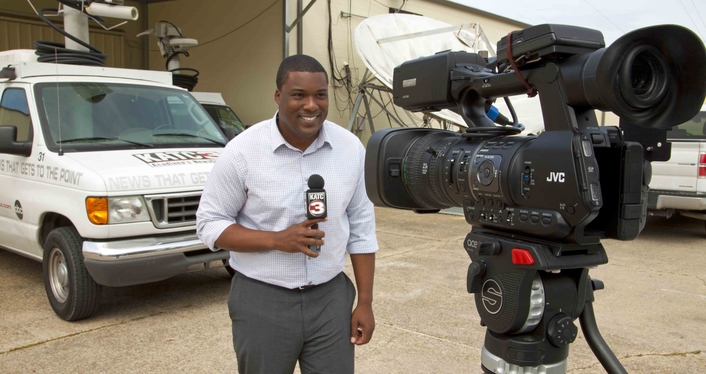 Reports with JVC GY-HM650 Mobile News Camera
JVC Professional Products Company, a division of JVC Americas Corp., today announced KATC, the ABC affiliate in Lafayette, La. (DMA #122), is using its GY-HM650 ProHD mobile news camera as part of a multimedia journalist (MMJ) kit to provide live HD reports from the field. Since it was purchased in late 2013, the camera has typically been coupled with a Verizon 4G LTE mobile hotspot for live shots two or three times per week.

“It’s just easier than some of the other systems out there,” explained Don Mouton, Jr., chief engineer, KATC Communications, Inc. “I don’t need the hassle or added expense of five modems in a backpack system to get a signal back to the station. I can get the same results in the field with our JVC camera and a hotspot shoved in a shirt pocket. It’s more affordable and so convenient.”

In December, KATC used a satellite truck to produce a multi-camera shoot at the R&L Carriers New Orleans Bowl to provide coverage of the University of Louisiana at Lafayette Ragin’ Cajuns football team. The station also took the GY-HM650 to the French Quarter in New Orleans for additional live segments. “We had no problems getting an HD signal back to the station,” Mouton said, “and the picture from the JVC transmission looked better than the images we were getting back from the satellite truck.”

Beyond its built-in HD streaming and FTP features, Mouton said the GY-HM650 has “all the ‘little things’ that most photogs would like to have. The focusing on the camera is phenomenal, and the built-in 23x zoom lens is impressive. When I watch our news programs from home, I can tell when something was shot with our GY-HM650 versus any other camera. It’s a much better picture, really clear and sharp.”

Mouton is also pleased with JVC’s use of SDHC and SDXC media cards instead of more expensive proprietary recording solutions. “As chief engineer, I am in charge of capital purchasing, so I am always looking to get the most bang for the buck,” he said. “Wise spending gives you advantages, and JVC’s use of inexpensive media cards is a significant cost savings.”

Owned by Cordillera Communications, Inc., KATC is one of 10 television stations in the group that produce local news. Last June, KOAA, the NBC affiliate for Colorado Springs-Pueblo, Colo. (DMA #89), was the first Cordillera station to adopt the GY-HM650. Mouton said KATC can take a live feed from KOAA’s camera straight into their production switcher. It only requires establishing a connection between the two stations and programming the GY-HM650 to the port on the receiving decoder to accept the signal. “For station groups like ours, this opens up all kinds of applications for coverage of natural disasters and other events,” he offered. 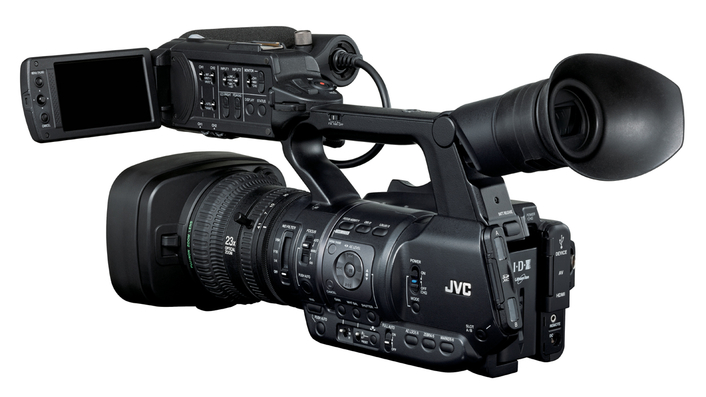 The GY-HM650 was purchased along with two JVC GY-HM750 ProHD compact shoulder-mount camcorders, which are used for commercial production. According to Mouton, KATC has already budgeted for two additional GY-HM650s. Plus, plans are in place to purchase six of JVC’s new GY-HM890 shoulder-mount cameras, as well as additional Teradek decoders that will allow KATC to have multiple live shots from JVC cameras in the field during a single newscast.

“Eventually, all our MMJs and all our photogs will have cameras that will allow us to go live in the field with a hotspot,” he added. “JVC’s in-camera live HD transmission technology is making our job a whole lot easier in the long run – and it’s a cost effective solution.”