K2 is a Lightweight Heavyweight on Joe Bonamassa’s World Tour

Special Event Services takes L-ACOUSTICS’ newest system on its first official global trek as a main PA
Before American blues-rock titan Joe Bonamassa hit the road this spring for the initial North American leg of his latest world tour, the production team at Special Event Services (SES) knew they needed a highly versatile loudspeaker rig that could handle anything they could throw at it over most of a year and three continents. To ensure that they were well prepared for everything – acoustic sets, electric sets, large theaters, small arenas, the U.S., Europe, and Australia – SES chose to specify L-ACOUSTICS’ brand new K2 system for its first official tour as a main PA.

Jason Farah of SES says that the venues on this tour made K2 the right rig for the gig and that there are zero sonic compromises due to the K2’s smaller size compared to the vaunted K1. “The K1 with its 15s can feel a bit deeper, but there is no shortage of low end in the K2. In fact, the 12s in the K2 are so potent that they can easily outrun the system, so we usually end up backing down the lows a little bit. As far as the mids and the highs go, I have heard K1 and K2 side by side, and while they are similarly voiced, I give the nod to the K2 in terms of smoothness and just sounding pleasant right out of the box.” 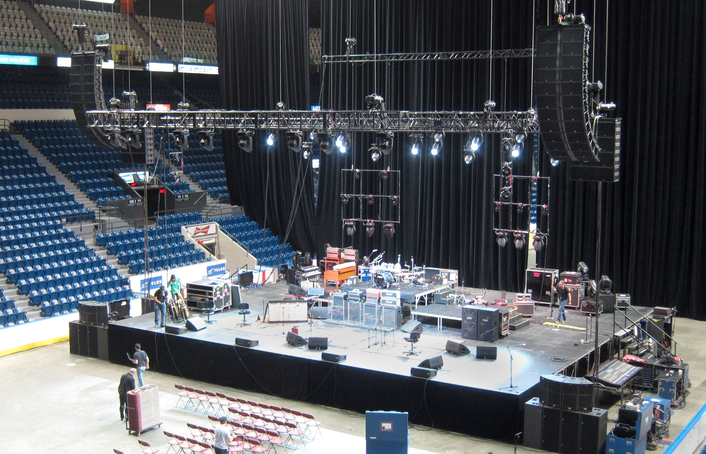 That smoothness in the mids and highs – but with plenty of low end as well – is crucial for this tour. Bonamassa is actually “opening for himself” with the band first playing an all-acoustic set before cranking things up with an electric set heavy on his British blues influences.

FOH Engineer Scott Ragsdale is on his first Bonamassa tour and, in a major switch from the norm, moved from a 12-year House of Worship gig at Willow Creek Community Church in Chicago to the touring world. Bonamassa’s acoustic set followed by a rocking electric set is a welcome challenge. “I love mixing the acoustic set,” he says. “I love for things to sound natural and detailed, and the K2 does that very well. But unlike some other 12-inch systems I have mixed on, it does not run out of gas when we start to push it in the electric set.

“We have acoustic guitars, mandolins, banjos… so many cool acoustic voices that I am trying to make sound as natural as possible and the K2 really delivers. And the mix tracks really well between the lower volume acoustic stuff and the loud – and it can get loud – rock set. On other 12-inch systems I have always felt that as I pushed it, I had to start doing surgery on the mix because things changed. That’s not the case with K2. I make very few adjustments as the SPL goes up.”

The rig on the tour’s initial North American spring leg consisted of two dozen K2 boxes flown 12 per side, eight K1-SB flown four per side, and eight SB28 subs deployed four per side in a cardioid configuration. The K1-SBs are running in L-ACOUSTICS’ Contour mode, which has them flown behind the main array. This allows for both low-end extension and, depending on where the Contour boxes are hung along the length of the array, can even help steer the low-end lobe off the stage making for a much cleaner on-stage mix for bands on traditional wedges. In addition to the advantages of smaller size, lighter weight and the Contour mode, the availability of a 10-degree inter-box angle means that no separate downfills are needed. Consequently there are also no adapters or extra bumpers to hang downfills, which reduces overall system weight and makes for a better truck pack.

System Tech Alex Ritter does a lot of Broadway work in addition to having been a PA tech for Zac Brown Band. He has worked with every PA in the book and says he would put the K2 up against any of them, crediting K2’s ease of deployment and flexibility. “It flies fantastically smoothly,” he says. “I get into the venue at 8:30 a.m., take about 30 minutes to make my measurements and calculations, and we have everything up, trimmed, and ready to play by no later than 11 a.m. It is by far the easiest and simplest system I have put up in a long time. Plus it sounds better than anything I have ever used right out of the box.” 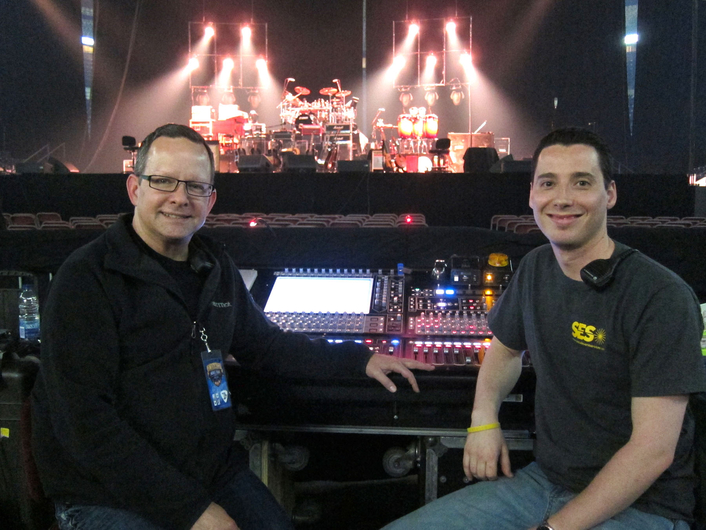 While the tour is carrying full production in terms of gear, they are using local labor to do things like fly the rig. “This is a very new rig and we are the first tour with it out,” Ritter says. “So most of the local hands have never seen it. But with just a few minutes of instruction, they get it right away and the system goes up smoothly each and every day.” In terms of the load out, Ritter reports being able to get the rig down and on the truck in as little as 45 minutes.

“Because they stack four high and the rigging is so simple, we are only pulling 12 pins per side. It goes very quickly. We wheel them out four at a time, cover them, and they only go on the truck one way. Truck pack and flying are so simple and smooth. The K2 has been a dream to work with.”

“In 2013, at the Prolight+Sound show in Frankfurt, L-ACOUSTICS was quietly talking about the plans for the K2 as it did not actually exist yet,” SES’ Farah recalls. “When L-ACOUSTICS’ Director of Business Development Jochen Frohn told me what it was going to do and, even more interestingly, how little it was going to weigh, I told him, ‘Jochen, if this does everything you say, you will have an absolute home run.’ It does all of that and more, and even came in a few pounds lighter than planned. SES is thrilled with the K2. We have already placed our order for our second and third K2 systems.”