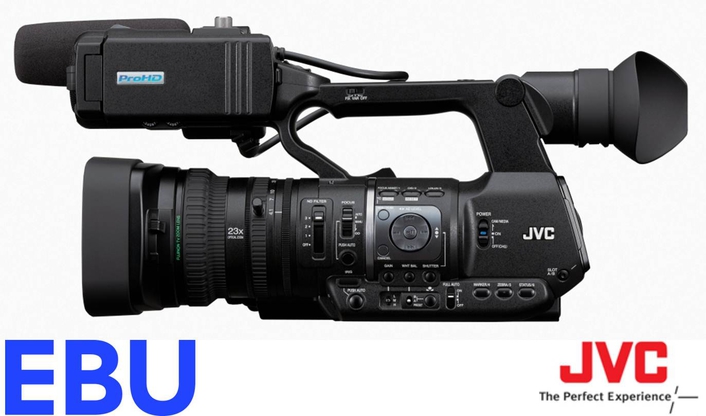 These two new JVC ProHD cameras have been designed specifically to be in line with European Broadcasting Union (EBU) guidelines for broadcast use. The EBU recommendations are designed to provide a common set of performance standards for broadcast production across Europe. Cameras are independently tested and approved by the EBU.

The testing of the GY-HM600 and GY-HM650 cameras was carried out by Alan Roberts in accordance with the EBU guidelines.

Gustav Emrich, European Product Manager for JVC Professional said:  “We are delighted that the GY-HM600 series has easily met the EBU standard requirements for broadcast use. We are pleased with the reports for these cameras which were designed to be innovative new tools for mobile news gathering in challenging situations. JVC believe that the 600 series cameras are a big step forward for both us and our customers in terms of ease of use and versatility, as well as features and functions, and EBU approval is a validation of this.”