The Journey: Naidoo and Herberger rely on the Lawo Plug-in Collection 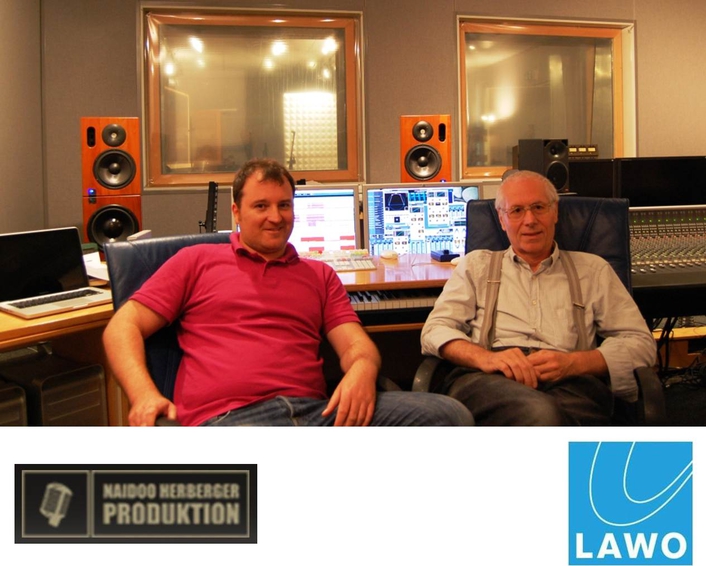 After testing the waters with compositional work, their first releases were made from 1995 onwards with ‘Führ mich ans Licht’ (Guide me to the light) in 1995 and ‘Bis an die Sterne’ (Up to the stars) in 1998/9. In 1999, the live band ‘Söhne Mannheims’, in which both are still active members today, was finally formed.

From its very beginnings, the Naidoo-Herberger’s objective was to unite multiple producers under one roof. The idea was to generate synergies by bringing together as many creative people as possible in the space available. Accordingly, the new studio complex was designed with a separate control room per producer. The recording studio, however, has to be shared with the immediate neighbours. In this way, a main studio (the work space for Xavier and Michael) and eight, small project studios could be realized.

During the production of the Söhne Mannheims’ live-DVD, in cooperation with SWR (Südwestrundfunk), Herberger and his sound engineer, Winnie Leyh, used a Lawo mc²66 console. They were very excited by its operating concepts as well as its sound quality. In fact, they were so won over that they decided to employ Lawo’s plug-in collection in both Herberger’s and Leyh’s studios in Mannheim.

Lawo plug-ins had already been used during projects with Xavier Naidoo, and during work on an album for Vicky Landros. By now, they have established themselves as one of the company’s most important tools for precise sound processing in its plug-in setup. “The plug-in I enjoy most is probably the EQ, due to its immense precision and musicality. I can use it for everything – vocals, guitars, drums, you name it – and always end up with a superb final product,” extols Herberger, about his experience with the parametric EQ.

Featuring cutting-edge sound processing, combined with state-of-the-art ease of use and multiple innovative features, the mc² series’ mixing consoles have set new global standards, time and again. Lawo’s Plug-in Collection now brings signal processing and the mc² consoles’ algorithms directly to your computer. 64-bit floating point processing, combined with a signal-to-noise ratio of 135 – 150 dB, plus additional technical innovations, such as Hyperpanning and the entirely noise-free adjustment of all parameters, complete the picture.

Lawo, headquartered in Rastatt/Germany, specialises in developing, designing and manufacturing mixing consoles and matrix systems for radio and TV broadcasters, as well as for use in live events. Standards of high quality and innovative technology are supported by decades of experience in the field of professional audio technology. The company recently celebrated its 40th anniversary.
Lawo’s product range covers digital audio mixing consoles for use in radio, broadcast, production and live applications, including the required software. In addition to the provision of matrix systems and audio networks, Lawo also carries out project engineering tasks and acts as a main contractor for radio OB trucks; these services include user training and maintenance. This high level of expertise results in a comprehensive support service for Lawo customers.