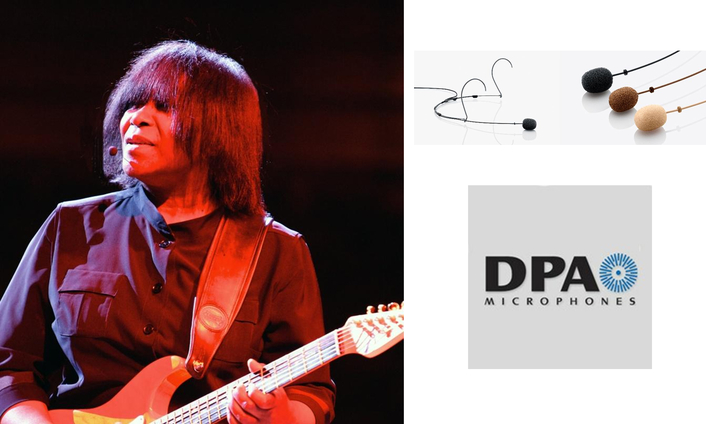 “It was Joan’s intention at the end of her last tour in 2008 to switch to a headworn system so she could be free of the mic stand,” explains her regular front of house engineer Mike Hogg. “Although I had not tried the 4088 before, previous experience with other DPA microphones gave me the confidence to recommend it for her.

“We have now done over 80 shows with it this year and I love it! The clarity and definition is astounding; even in some of the smaller venues with lower roof heights and tighter stages it performs well with ample gain before feedback. The headband also holds its position well during the show. It's safe to say that we are all very happy with it!”

Joan Armatrading’s tour has continued across Europe before crossing the Atlantic for a string of late summer US and Canada dates.