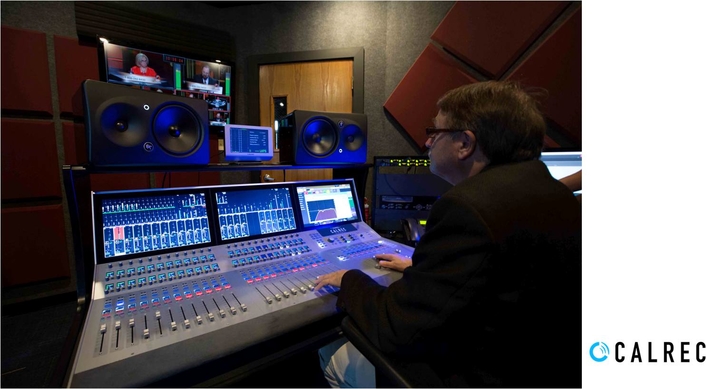 “Being able to network the Calrec consoles using Hydra2, having complete redundancy and eliminating the analogue infrastructure were extremely important to us and the biggest advantages we saw over using other consoles,” says Dave Cooper, director at SonLife Broadcasting Network, a division of Jimmy Swaggart Ministries.

“SBN produces approximately six hours of live studio production daily, including Message of the Cross, Insight, Frances and Friends, and three live services per week from Family Worship Center, the home church of Jimmy Swaggart Ministries. We needed consoles that were reliable and broadcast-ready at all times to meet the demands of our production schedules.”

SBN is currently using one Summa console, one Brio console and two DiGiCo S21 consoles with MADI cards to all interface on the Hydra2 network. At SBN studios, there are main video control rooms and two live translation rooms. Having over 45 years of experience in the remote television industry, Cooper was very familiar with the reputation and quality of Calrec products and so was his audio team.

“There was a very noticeable clarity improvement as soon as we put the Summa and Brio consoles online,” says Cooper. “Both consoles improved the quality of the signal and processing, increased reliability and were cost efficient for our live telecasts. We are extremely pleased with the performance level of these mixing consoles.”

Reverend Jimmy Swaggart first started his television ministry in 1975 and has broadcast on television continuously since that time. In 2009, Swaggart launched the SonLife Broadcasting Network. SBN is a 24/7 faith-based television network that operates four different program streams in three languages around the world. SBN currently reaches 85 million homes in the United States and 163 million homes worldwide.

“SBN is a large and well-established network and we’re happy to be chosen to support their audio needs,” says Dave Lewty, regional sales manager for Calrec. “The power and flexibility provided by the networked Summa and Brio consoles has opened up many possibilities for them by allowing them to take advantage of the benefits provided by a digital workflow.”

About Calrec Audio Ltd.
Calrec Audio is exclusively dedicated to excellence in audio mixing for on-air and live production. A broadcast specialist for more than 50 years, Calrec has developed a range of digital consoles relied on by the world’s most successful broadcasters. For putting sound in the picture, broadcasters put their trust in Calrec. More information is available at calrec.com.
All trademarks appearing herein are the property of their respective owners.