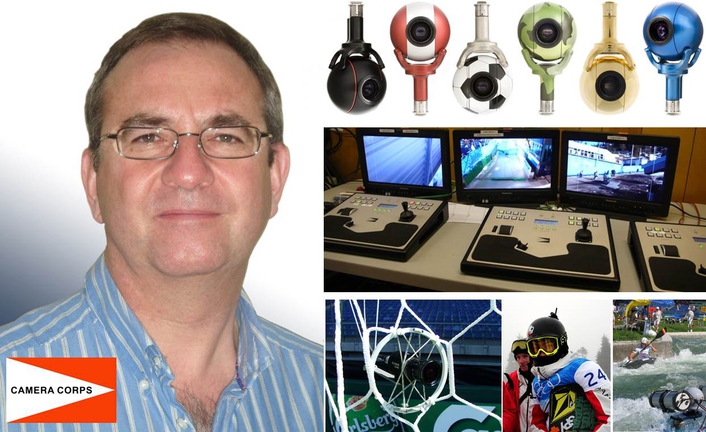 Beginning his broadcast industry career at the BBC in 1984 as a trainee engineer, Jeff White progressed to the role of Senior Vision Engineer with the Outside Broadcasts division based in west London. He transferred to Satellite Information Services in April 2008 when the company purchased BBC Outside Broadcasts, the two businesses being relaunched the following September as SIS LIVE.

"Jeff is highly regarded throughout the OB sector for his skill in configuring large-scale systems to cover major sports events such as the Wimbledon tennis championships and European Tour Golf," comments Camera Corps founder and Managing Director Laurie Frost. "He worked for many years on a variety of projects alongside our Technical Director Jim Daniels during Jim's tenure at BBC Outside Broadcasts. They made a good team then and I know will work well together here."

"Camera Corps has proved itself consistently innovative with products such as Archery Cam, Pop-Up Ice-Cam, Slalom Pole Cam, Helmet Cam and Q-Ball as well as its underwater and Boat Race cameras," Jeff White adds. "They understand not just the technical issues but the operational concerns faced by people covering live outdoor events."

Joining Camera Corps on 1 February at a time of steady expansion in its product range, Jeff White will be active in the development of speciality remote cameras, remote tracking systems and bespoke installations for use in the company's own outside broadcast service role and for direct sale.