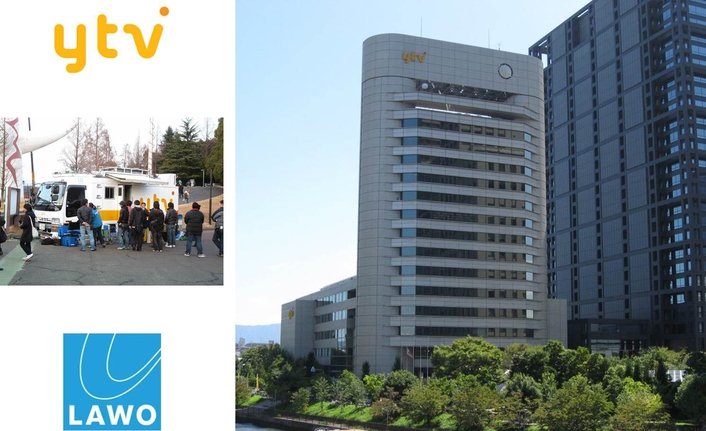 Based in Osaka, the Yomiuri Telecasting Corporation (YTV) serves the Kansai region of Japan with news, sports and drama programming, as well as producing its own television programs and movies – presently translated into over 20 languages for distribution outside of Japan. YTV is also recognized for its anime productions, which are among the highest-rated, both domestically and internationally. The technical infrastructure supporting all of its broadcast production work is constantly being updated – with Lawo technology playing a major role.

YTV has a close relationship directly with Lawo in Germany as well as with its local partner OTARITEC, built on the performance and reliability of Lawo’s equipment and the long-standing service records of both companies. Recently, the ongoing development of YTV’s facilities have included a studio renewal and the commissioning of a new OB unit, which will be based around the first Lawo mc²36 mixing console to be sold in Japan. 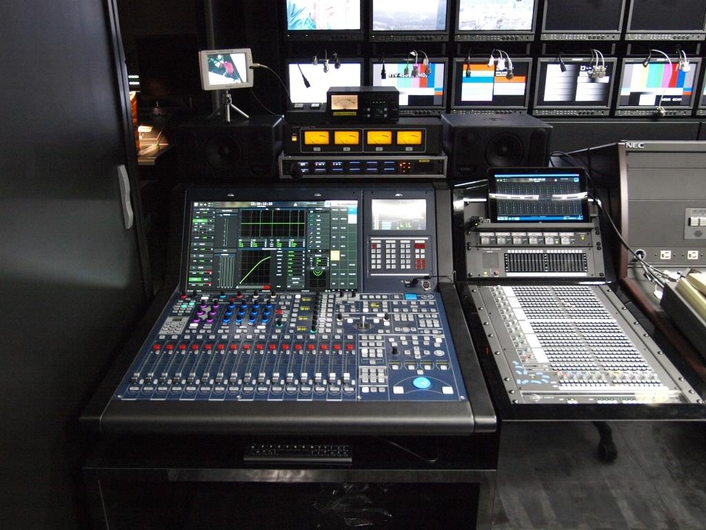 The mc²36 is the result of Lawo’s development of an ‘all-in-one’ mixing console, designed for flexibility, ease-of-use and value-for-money. Its compact size, in-built DSP and I/O make the console equally suited to OB and permanent installations with limited space, and rental companies’ transportation considerations.

The new 16-fader mc²36 installed for mobile use reflects Lawo’s reputation for reliability and its forward-focused design philosophy. “We like its stability, operability and its sound quality,” confirms a representative from YTV. Now completed and being used for sports and events coverage, the project got underway in autumn 2014.

The renewal of a Studio Sub Room at YTV’s Osaka headquarters began further back, in February 2014 under the guidance of main contractor, Crescent Co. Central to the upgrade are a pair of 16-fader mc²56 MkII and 48-fader mc²66 MkII consoles. Each console is fitted with four DSP processors, and uses Netlink integration with a new Lawo Nova-73 Compact router to manage I/O and assignments. 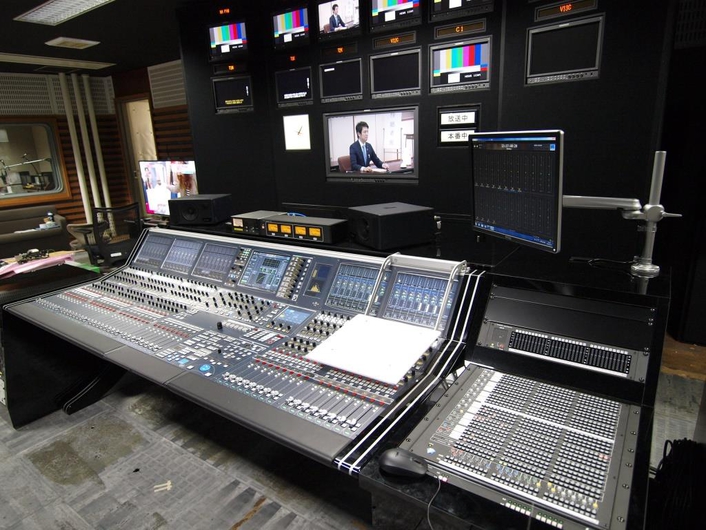 The studio is used for television program production, and operates 24 hours a day, 365 days year, making reliability and Lawo’s design policy critical considerations. “We like its stability, operability and its sound quality,” the YTV representative explains.

Compact, flexible and versatile, the mc² 56 combines power and ease of operation while the flagship mc²66 console supports an extensive 888 DSP channels and 144 summing busses. The Nova-73 HD supports 5120 x 5120 inputs/outputs, available via RAVENNA, AES3, MADI, and ATM-1 interfaces in a compact 7U housing. In combination with an mc² series mixing console, a Nova73 Compact equipped with five DSP cards provides more than 600 DSP channels.

“On my visit to the Osaka facilities, I was impressed by how well the mc²56 and mc²36 are integrated in YTVs broadcast infrastructure and workflows,’ says Gregor Erlitz, Lawo´s Director of Sales for Northeast Asia. “We are glad that YTV staff have chosen to work with our products, and I believe this project is an important step in establishing the new mc²36 with our Japanese broadcast customers.”