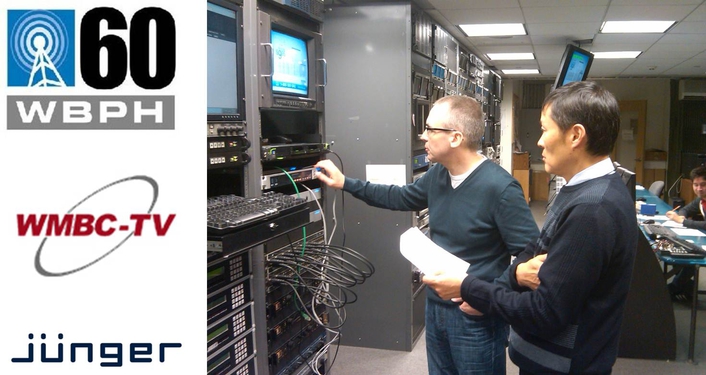 The implementation of the USA’s new CALM legislation on broadcast audio loudness has led many broadcasters to look for effective ways of processing, controlling and logging their audio output so that it meets the FCC’s Compliance rules.

With a number of solutions on the market, WBPH in Philadelphia and WMBC in New Jersey - two stations in two neighboring markets that share engineering ideas and resources - combined their technical expertise to search out the Loudness control system that worked best for them. As a result of this search, both stations have invested in T*AP Television Audio Processors from German manufacturer Jünger Audio.

WBPH-TV, an independent full power TV station that has studios and offices in Allentown PA, is carried by all local cable as well as DirecTV and Dish Network. WMBC-TV is an independent full-power commercial TV station based in Newton, NJ. Its programming is available over-the-air, on cable TV and satellite throughout the New Jersey and New York area. 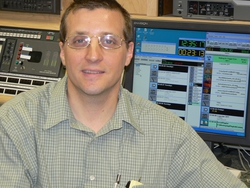 Daniel P. Huber, Chief Engineer  at WBPH-TV, and Victor Joo, manager of WMBC-TV, both felt that Jünger Audio’s award-winning T*AP Television Audio Processor was the right solution because it is able to process, control and log audio output in line with FFC requirements, all within a single box.

Primarily designed for TV playout facilities, this wide band 8 channel processor (8x1, 4x2, or 5.1+2) provides Loudness control, Upmix and surround sound processing for up to eight channels of audio. The unit, which is fully compliant to the ITU standard and fulfils the requests given by ATSC A/85 and EBU R128 loudness recommendations, focuses on automatic and adaptive loudness control using Jünger Audio’s renowned LEVEL MAGIC™ II algorithm. Optional Dolby Decoding and Encoding (AC-3, E-AC-3 or HE-AAC), as well as metadata management, are also provided along with 5.1 Downmix and Jünger Audio’s 5.1 UPMIX circuit. T*AP can handle digital inputs (AES) and, through interface slots, all other usual audio formats including all SDI versions (SD, HD, 3G). It is controllable through front panel and Web based GUI, plus remote control, and GPI.

“CALM legislation, like any other FCC mandate, is always a top concern for TV stations, and there is typically a rush of stations to follow the trend to be “safe”, or perhaps, at least, in good company,” Daniel P. Huber says. “For WBPH, we often need to look outside the usual options to meet FCC requirements and Jünger Audio was such a case. With the anticipation of adding additional channels in the near future, WBPH had a present need but also a requirement to easily expand as well. Jünger Audio easily met this need with a single TAP offering four channels in one unit.”

Huber adds that he was particularly impressed with the T*AP unit’s A85 preset for US TV stations.

“All we had to do was drop in the preset and the FCC mandate was quickly met,” he says. “You can easily change presets and create custom settings for all audio situations if you desire, from music to talk etc, but for mandates that have deadlines, and typically equipment shows up last minute, the preset is very nice.”

“Prior to installing T*AP, many of our multicast broadcasts (seven video channels and two audio channels) had varying audio levels for all different feeds at any given time,” Victor Joo explains. “The T*AP processor has provided us with a solution to that problem by ensuring consistent audio levels across all of the different feeds. We have been using T*AP for over a month and we are pleased with the results as the quality of our audio signal has improved greatly.  We are very happy that we chose T*AP for our audio control solutions.”

Both WPBH-TV and WMBC-TV say that T*AP’s cost per channel made the unit very attractive – as did its small footprint, its real-time display of audio levels via its front panel and its detailed display via a PC. However, one of the unit’s main selling points for both stations was its on-board logging facilities.

“We were looking at other solutions for loudness control, and yet another unit for logging, but what we liked about the Jünger Audio T*AP processor is that it does all the work in one box,” Huber adds. “The logging requirements mandated by the FCC are often open to interpretation so we were looking for a fulltime logging solution that could keep a log of all our audio channels on a 24/7 basis. Jünger Audio does this with the PC logging program. All components are IP addressed and overall it is a clever unit.”

Any television station that invests in such vital equipment needs to know that it will be properly supported throughout the installation process. Jünger Audio ensured this by providing technical back-up to both stations.

“If you are an engineer, you get used to things having a glitch or two, and although this install was meant to be a very simple one because we had pre patched all the needed audio, did have a glitch,” Huber explains. “We found out that the Harmonic Electra Encoder uses sync from video in a way that caused an anomaly with two audio-only non-video synced radio channels that was not heard when bypassed. This was not the fault of the Jünger Audio unit, but more a handshake issue between the Harmonic and the Jünger Audio unit that has not previously been paired in this way. Thanks to the help we received from Jünger Audio’s Anthony Wilkins and his technical support team, the situation was quickly resolved.”