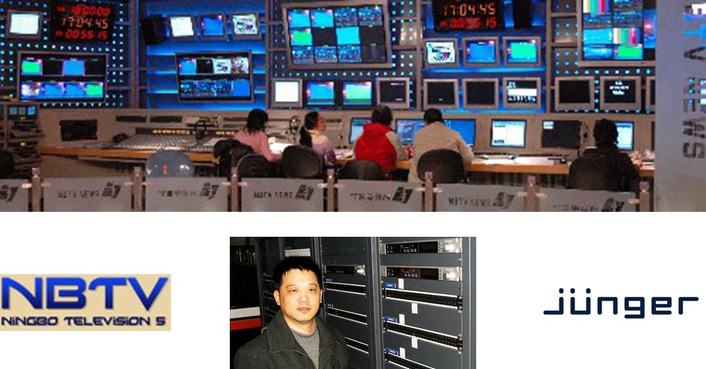 Mr Shi-Song Wu, director of NBTV’s Technical Centre, says: “We installed six D*AP LM4 units and their performance has been great.  We are very impressed with their ability to accurately control audio loudness across all of our television channels.”

Jünger Audio’s CEO Peter Pörs says: “Television audiences in the Far East are no different to those anywhere else in the world – they don’t like surprise level changes in their audio and they complain when they have to reach for the remote, especially between programmes and commercial breaks

“Although there are no hard and fast rules in the region regarding audio loudness, we are finding that many broadcasters in the Far East are choosing to adopt the ITU 1770 and EBU R128 standards in order to give their audiences a better viewing experience. As our audio loudness systems support all known loudness standards including ITU, EBU and ATSC, we are ideally placed to help broadcasters as they negotiate these complex changes. Very often our role as educators is just as important as the technology we provide and we are noticing a significant increase in demand for both products and advice.”

“Broadcasters like the fact that LEVEL MAGIC™ can adjust the audio level from any source at any time, with no pumping, breathing or distortion,” Peter Pörs adds.  “As a result it is becoming the algorithm of choice for line and real time processing throughout Europe and we are seeing the same pattern repeated in the Far East.”

Jünger Audio’s LEVEL MAGIC™ algorithm is based on a simultaneous combination of an AGC, a Transient Processor for fast changes and a “look ahead” Peak Limiter for continuous unattended control of any programme material, regardless of its original source. Capable of using any kind of I/O (Analog and Digital) sources, as well as SDI, HD/SDI, Dolby 5.1 and all its related metadata, LEVEL MAGIC™ is available in a variety of configurations to suit different applications.