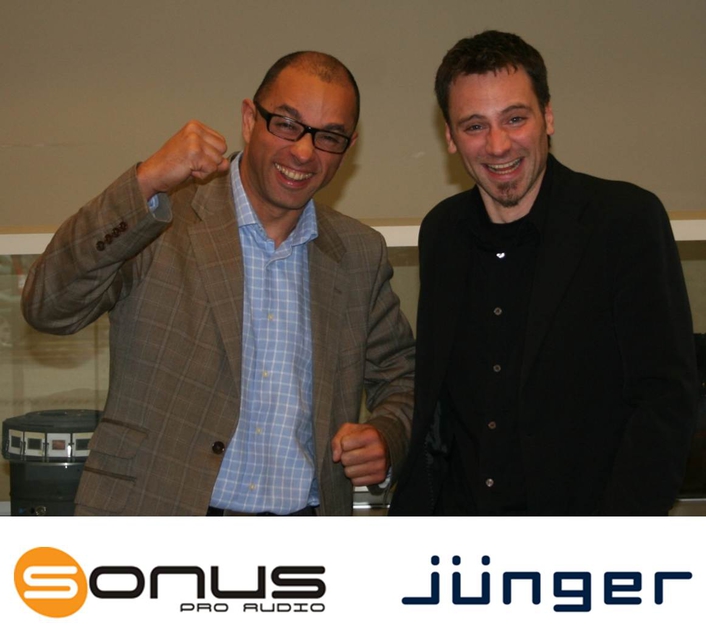 Under the terms of the new arrangement, Sonus will distribute Jünger Audio’s entire product range, including its groundbreaking LEVEL MAGIC™ Loudness control solution, which is now incorporated into products from manufacturers such as Miranda, Wohler and Harmonic, as well as being adopted as a stand-alone solution by broadcasters such as Discovery Channel, MediaCorp, Canal +, Astro and RTL.

Established in 1995 as a company offering music production, post production and mastering services, Sonus also distributes and sells pro-audio equipment for a wide range of high-end companies including DPA, Prism Sound, Merging Technologies, Microtech Gefell, Solid State Logic, and Trantec. Its primary market focus is Slovenia but it also extends its reach into Croatia, Bosnia and Herzegovina, Serbia and Montenegro, Macedonia and Italy.

Commenting on the company’s new arrangement with Jünger Audio, Borut Celik says: “We are particularly impressed with the ease of use of Jünger Audio’s range of equipment and the company’s general approach to product development. Although we are very new to the range, we have already made a sale to Prva TV, which has invested in a 2-channel LT LEVEL MAGIC™ non-destructive loudness normaliser. Given the current focus on controlling the loudness of audio, we anticipate plenty of future interest in Jünger Audio’s LEVEL MAGIC-based loudness solutions, especially from the broadcast market.”

Marc Judor, Jünger Audio’s Director of Sales and Marketing, adds: “In recent years we have been very successful with our products in Slovenia with, among others, satellite re-broadcaster STN installing our loudness control solution. Therefore it was important for us to strengthen our local presence with a well established, competent and motivated partner, all of which we have found with Sonus.”

Established in Berlin in 1990, Jünger Audio specialises in the design and manufacture of high-quality digital audio dynamics processors. It has developed a unique range of digital processors that are designed to meet the demands of the professional audio market. All of its products are easy to operate and are developed and manufactured in-house, ensuring that the highest standards are maintained throughout. Its customers include many of the world’s top radio and TV broadcasters, IPTV providers, music recording studios and audio post production facilities.