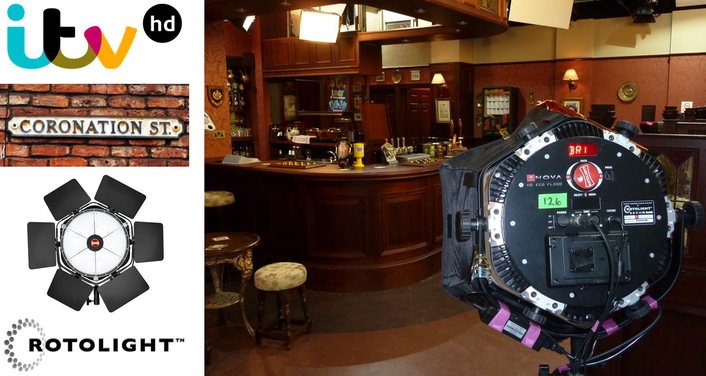 .
The Rotolight Anova Bi-Colour V2 floodlight is Coronations Street’s “fill-light of choice” chosen by ITV’s Head of Lighting, Chris Chisnall who searches high and low for the best lighting products in the industry to ensure the world’s longest-running soap produces the best results in-keeping with it’s illustrious history.

Jack and Vera Duckworth, Eve and Fred Elliot, and Steve McDonald are all unforgettable characters that have had their names dawned across the threshold of the famous Rovers Return Inn on Coronation Street. For years the nation has been engrossed by story lines such as the ‘tram crash’, the ‘great fire of the Rovers’ and ‘who killed Frank Foster! Now there’s a new character on the street that’s fast becoming the talk of the set! – The revolutionary Rotolight ANOVA V2 Floodlight. 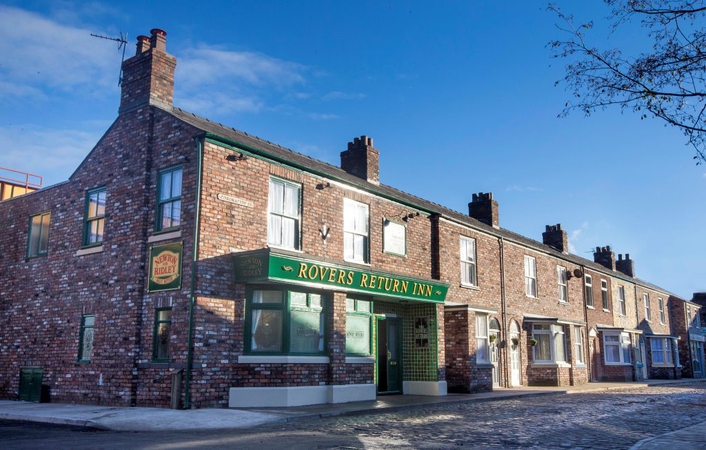 Winner of over 10 BAFTAs and hundreds of television gongs, the soap is shot at the new purpose built studio in Manchester’s high-tech media centre where several Rotolight ANOVA V2 Bi Colour 110 degree beam angle units are used as fill lighting on set of the Rovers Return.

Chris Chisnall, head of lighting at ITV for the past 11 years required a highly portable, eco-friendly lighting system that would emit high quality light and the Rotolight ANOVAs were the perfect choice, featuring upto 3.9Kw output while using just 41 watts of power! After extensive testing Chris purchased several of the new range of floodlights and he was not disappointed!

“I found it [ANOVA Rotolight Bi Colour 110 Degree] to be extremely useful on the floor as a flexible fill alternative to Chimera with Arri 300/500′s”. “The Rotolight ANOVAs really speed up shooting for us and have become the fill lights of choice”.

Chris Chisnall provided a further insight into how lighting of the highly rated soap is setup: “Coronation Street is purposely lit to look warm with 1/4 CTO on all back three quarter keys apart from the window side which I keep at 3200K+1/8 CTB or cooler. As you can imagine our turnaround is very quick between scenes and the ANOVAs play their part superbly as a fill source.”

“Quick to place around cameras, the Bi-Colour ANOVAs make balancing easy being able to match the prevailing colour temperature perfectly without having to resort to a selection of gels. In addition the ability to run off batteries, even in the studio, make them a dream for fast rigging in awkward areas of the set where we would usually have to hide cables. These lights really speed up shooting for us and have become the fill lights of choice in the Rovers".