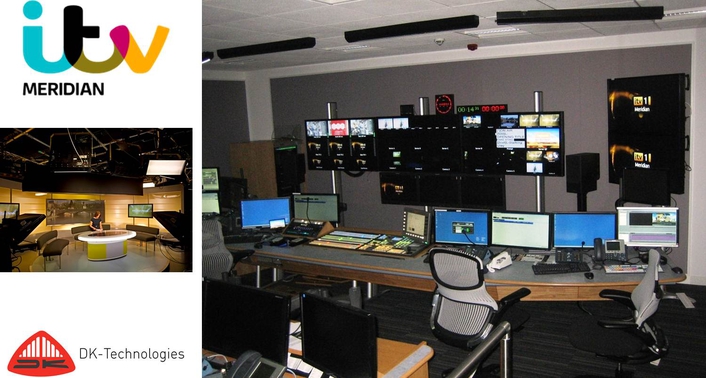 .
After successfully implementing Multichannel Waveform and Audio Monitoring systems from DK-Technologies into its new ITV Meridian facility, ITV has now rolled out the same solution to its News broadcast facilities in Leeds and Manchester.

All three facilities are now equipped with five DK Waveform Monitoring systems comprising a PTO760 with HDSDI input core, a PTO760-I/P-8A analogue audio input module and a PTO760M-O/P-8A analogue output module. Each system is augmented with a matching secondary passive display unit. ITV News Leeds and Manchester facilities have an additional PTO710 Waveform Monitor, which is being used for its studio vision control position.

ITV Meridian was the first of the regional News operations to install DK-Technologies equipment, specifying the system as part of its 2011 move into a totally new facility.

Gerard Jennings, ITV News and Regions’ Engineering Manager, says: “With the ITV Meridian move, we took the opportunity to replace most of the core broadcast infrastructure with new HD compliant equipment.”

The decision to use DK-Technologies equipment was taken after the project’s technical team looked at systems from various manufacturers to compare features and cost. They eventually chose the PT0760M system because it offered flexible waveform and audio monitoring for the HD environment.

“The multiple inputs, video and audio, removed the requirement for external monitoring switchers, while the flexible configuration features allowed us to create specific presets for each of the user groups,” Jennings explains. “ITV Meridian’s operational staff were also consulted on the configuration features to make the units operator-friendly. An additional benefit to the News division is that they can be fully controlled and monitored over the ITV WAN to enhance nationwide out of hours support. Although these features are implemented in other makes of waveform monitor/rasteriser, the Java interface in the DK-Technologies range produces the best remote response. The DK display is one of the best we’ve seen for clarity and most importantly viewing angle which is critical in the raked upstands of control desks and is an area where some other makes of monitor have been found wanting. The displays are also cheap to service as we can change the backlight ourselves at a modest cost.”

At ITV Meridian, which has become the template for subsequent installations, ITV was keen to standardise monitoring stations so five physically identical sets of DK equipment were installed, each appropriately configured for the different applications required. Two of them are situated in the Traffic area, one is in CAR and the remaining two are in the craft edit suites. Each system is mounted in custom built control room furniture, designed by Lund Halsey to take a 3ru rackmount waveform monitor arrangement. Valuable rack space was saved because ITV Meridian did not have to accommodate any additional monitoring switching.

The success of this set up led ITV News to roll out similar systems to Leeds and Manchester and these are now up and running.

“The DK units do away with need for additional monitoring switchers because they perform that function for us,” Jennings says. “They also control independent loudspeaker and headphone monitoring for each position.” 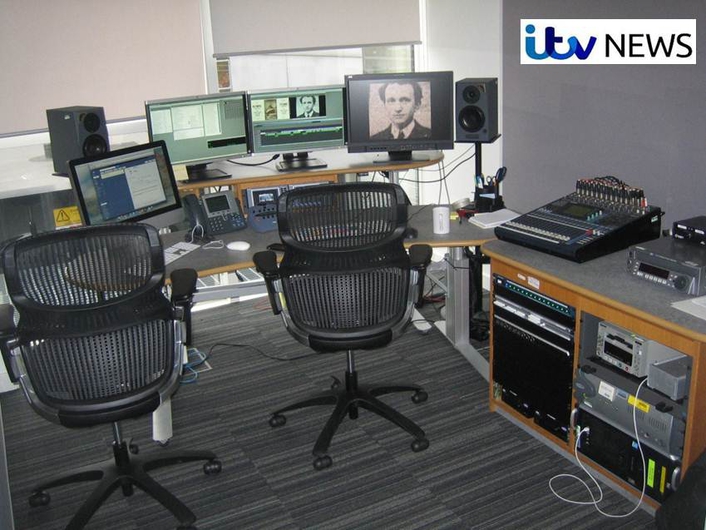 The equipment choices that ITV News made for its new Meridian premises will not only enable the broadcaster to move seamlessly to HD, but have also formed the basis for the way other ITV News facilities have now been equipped.

“We have rolled out ITV Meridian’s core equipment choices to other regional News sites as we have refurbished them,” Jennings says. “ITV Meridian’s new complex has been a good proving ground.”