The singer/songwriter loves DPA's d:facto Vocal Microphone because it so accurately captures the sound of his voice
Pino Daniele, one of Italy’s best known singer/songwriters and a man whose career spans both genres and decades, has recently started using a range of DPA microphones, including the company's ground-breaking d:facto™ Vocal Microphone.

Fabrizio Facioni, Daniele's sound engineer, jumped at the chance of using d:facto when the opportunity presented itself.

"I like its sound. It's so ‘present’ and natural," he says. "This microphone reproduces exactly what it is given in terms of the vocal, and that greatly simplifies my job.”

The d:facto Vocal Microphone joined a range of DPA mics that were used over the summer for the NERO A META' tour, which reunited Daniele with band members from the 1980s alongside special guests. For his forthcoming theatre tour, the line-up is more intimate and includes Pino Daniele on vocals and acoustic guitar, a second acoustic guitar, an upright bass, piano and drums played by internationally acclaimed producer and arranger Alfredo Golino, who regularly works with artists such as Laura Pausini.

Facioni says: "The decision to use DPA microphones initially came about when I needed a microphone for Pino’s acoustic guitar. I spoke to Agora, our PA rental company, and they recommended DPA's d:vote™ 4099 Instrument Microphones. After trying one, I knew it was perfect for the task. Both Pino and I were so impressed that we decided to use d:vote 4099s on his guitar and on the second acoustic guitar." 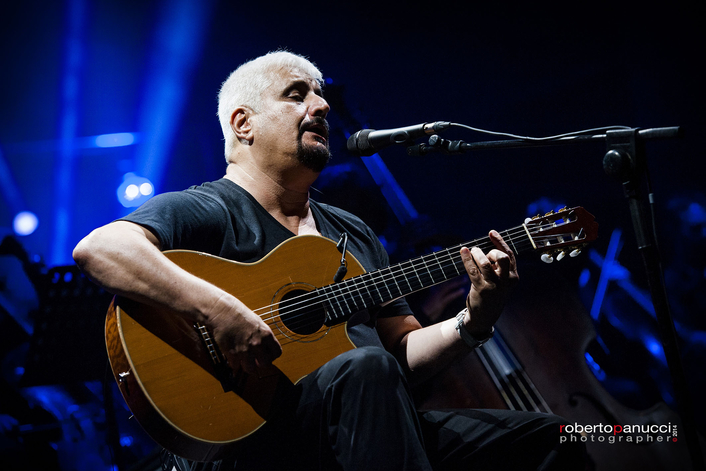 Facioni adds that the improvement in sound made him question the microphones he was using on the other instruments in Daniele's intimate line-up. It was at this point that Alfredo Golino suggested he got in touch with Salvatore Zocco from DPA's Italian distributor M. Casale Bauer for more advice on the DPA range.

Salvatore Zocco says: "Alfredo is a great ambassador for DPA and has used the company's microphones for a long time, so it was perfectly natural for him to put Fabrizio in touch with me. I was able to recommend the most appropriate microphones for Fabrizio's requirements."

The final choice came down to d:vote 4099 Instrument Microphones for the high hat, snare (top and bottom) and toms. DPA d:dicate™ ST4011C and ST4015C Recording Microphones were respectively chosen to handle overheads and percussion. The acoustic guitars and upright bass are also miked with d:vote 4099s, while Pino Daniele has two d:facto Vocal Microphones – one for when he’s standing and the other for when he performs with his acoustic guitar. 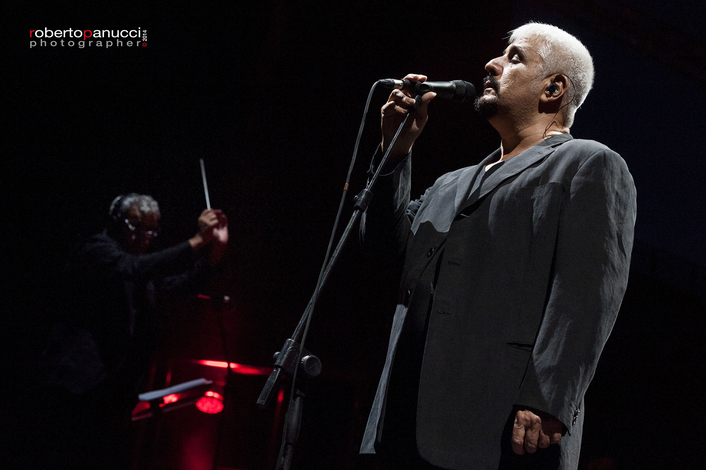 "I have been very satisfied with the results these microphones have delivered," Facioni adds. These were exactly the mics I needed to give me a natural sound. I am a studio engineer as well, so I already knew DPA mics for piano and orchestra and I like them a lot. But this is the first time I have tried them for percussion and bass and I am definitely impressed."

And perhaps more importantly, Pino Daniele himself has also been impressed with the performance of the d:facto Vocal Microphone which he used consistently during his summer tour of Italy's sports arenas.

"We are now planning more dates in smaller theatre venues during November and December and the d:facto will once again be part of our microphone set up," adds. "It has worked for Pino and he really like it.  He says he now recognises his own voice!”