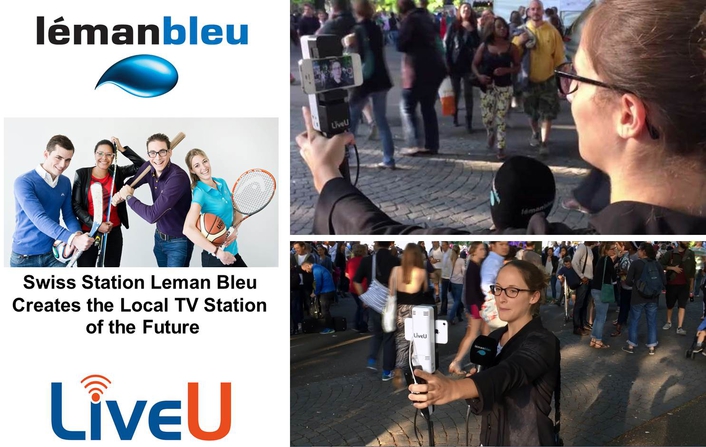 LiveU has today announced that Swiss station Leman Bleu has deployed a range of LiveU technology, as well as multiple iPhone 6Ss, to bring a previously unobtainable level of dynamism to its coverage and exciting new ways of working.

Leman Bleu is a local TV station based in Geneva. Laurent Keller, CEO and Editor in Chief, said, “LiveU has already been revolutionary for our TV station and we are only at the beginning of what we can do. This technology allows us to do things we previously couldn’t, making our news coverage much more vibrant and also cost-effective. Our aim was to push as far along the path of lightness – therefore mobility – and speed of deployment as possible. It allows us to be fast and to move very quickly. We are progressively rolling out this technology. We only started the iPhone experience this summer so it is an ongoing deployment. It’s the same logic with iPhones as it is with LiveU. We want to go as far as we can.”

Leman Bleu began broadcasting 20 years ago, but the last 18 months – and particularly this year – have seen a sea change in the way it operates. 2015 saw the broadcaster adopt iPhone 6S technology, used by its reporters for capture. Initially turning to LiveU shortly after the launch of the company’s LU500 backpack, the broadcaster has expanded its LiveU use to include the ultra-small LU200 unit as well as the LU-Smart mobile app and SmartGRIP device.

The SmartGRIP holds a rechargeable battery allowing broadcasters to broadcast live from a smartphone without the limitations of a short-lived cellphone battery. The SmartGRIP also includes a 3G/4G MiFi channel (or any other mobile hotspot), which is bonded together with the smartphone’s internal 3G/4G connection to combine two cellular connections. The broadcaster is also using LiveU Central, LiveU’s unified management platform for easy preview and remote control.

Leman Bleu concentrates on news, specialising in politics and sport. Journalists focus on Geneva and the surrounding area. 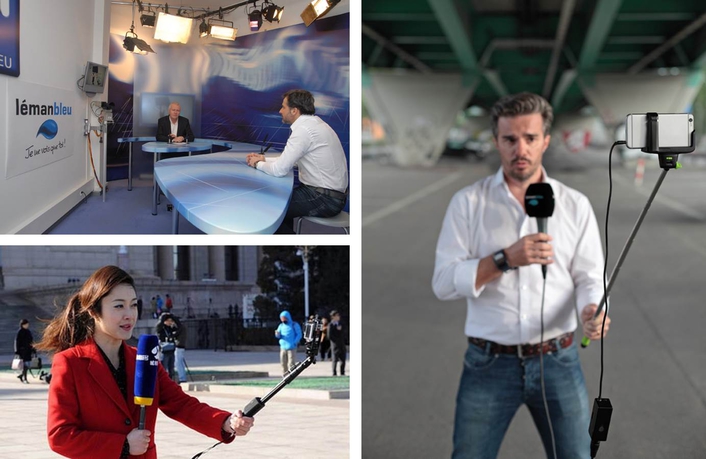 Leman Bleu has been broadcasting since 1996 with potential viewership of approximately one million people in French-speaking Switzerland and nearby French departments. Since May 2011, it’s available on TNT cable TV, SwisscomTV, UPC Cablecom and through live online streaming at www.lemanbleu.ch

Keller said, “This is the start of a journey for us. Working this way is simply great and we are very proud to be pushing forwards using this kind of technology. It’s very efficient and also fun. To take an example, we currently have a lot of public service strikes because of cost cutting. A debate took place at the heart of one strike and we shot this live using a smartphone with SmartGRIP and a camera with a LU500.Using this technology allows us to get close to the action and bring viewers a sense of greater involvement. We did a whole 26-minute live show using it!”

Ronen Artman, VP Marketing, LiveU said, “Newsgathering has changed in response not only to shifting viewing patterns but also because of disruptive technology like ours. We are excited to see broadcasters working in this way, understanding that it’s an ongoing evolution. We work closely with our customers to help as they adopt our technology and open up new ways of working.”

The deal has been overseen by Visuals Switzerland.

Both LiveU and Leman Bleu will be appearing at Mojocon (Mobile Journalism Conference).