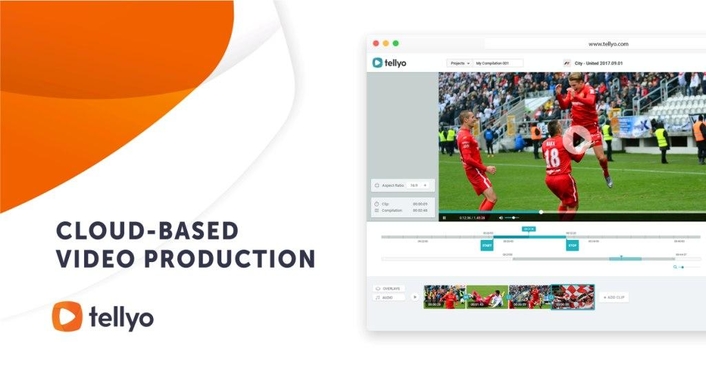 Tellyo, the advanced, web-based video production, editing, streaming and distribution platform, today announced the release of its new user interface (UI). Inspired by feedback from its customers, Tellyo designed the new UI to give more power to the user by accelerating video production and enabling greater collaboration.

Now faster and easier to use, Tellyo is confident its new UI will reset the benchmark when it comes to user experience. For a customer base that requires the ability to configure multiple feeds, efficiently live stream content and quickly create real-time video clips, improved customer workflows will enhance the platform’s competitive advantages.

Keen to clarify 100% usability of Tellyo features added over the last year, the company’s development process has resulted in new ways to manage social publishing rights, and a new Project feature designed to boost productivity and make collaboration much easier. A brand-new user guide now underpins the UI, providing an accessible knowledge base.

Through feedback, Tellyo were also able to learn how customers used its platform on differently sized screens and on re-sized browser windows, with the new UI now more responsive in design. 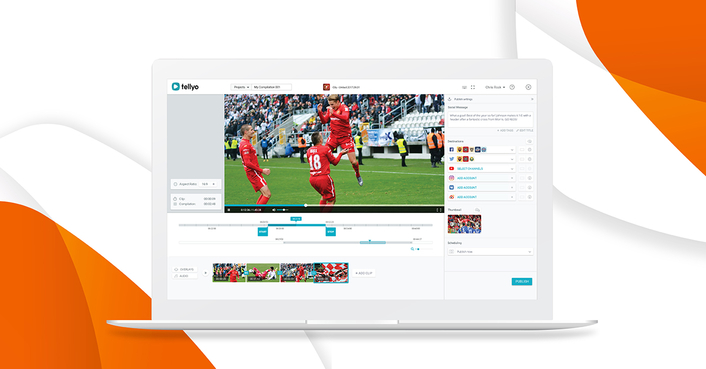 Following its debut at Sportel Monaco, the new UI will be rolled out during a staggered release to Tellyo customers and users.

Responses to the new UI

Grzegorz Janczura, Director of Internet Projects Department at Polsat Group said: “Tellyo enables our editorial offices to work with their own content independently, while managing suitable access to content for other Polsat departments and relevant third parties, all without creating delays.

The new UI will boost each editorial offices’ workflow to live stream events to social media, clip TV shows for VOD platforms and create real-time clips for social media, confident in the knowledge that the Tellyo platform can provide everything our people need at their fingertips.”

Tellyo CEO, Richard Collins, said: “Over the last year, we’ve spent a lot of time listening to what customers using Tellyo had to say. There were themes they kept coming back to: accelerated production through optimised workflows and greater collaboration between teams.

“Customer feedback also reflected a shift in the market towards companies like ours that have a robust development roadmap. The new design will help us to develop our platform further, ensuring greater fluency when adding new features required by our customers. All of which we’re able to do in-tune with rapidly evolving digital channels and markets.”

Tellyo is an advanced, web-based video production, editing, streaming and distribution platform. It gives broadcasters and rights holders the solutions they need to easily create engaging videos from live content and share them to social media in real-time.