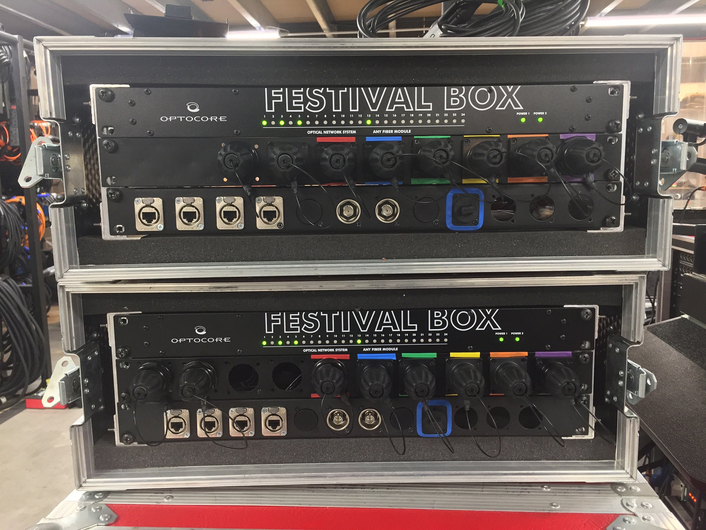 Optocore’s Festival Box looks set to revolutionise big event touring after rental companies around the globe were quick to respond to the launch of the much-anticipated new device this summer. As demo systems were released to targeted dealers and production companies around the world, Optocore Technical Sales Manager, Maciek Janiszewski, said, “It is gratifying that customers have trusted us with delivering a completely new device concept and placed it immediately on high-profile tours and festivals.”

Early adopters have included the high-flying Billie Eilish and Spice Girls, both with Wigwam, while festivals have ranged from the mighty Sziget in Hungary and KFPP Opole in Poland, to Parklife and Bluedot festivals in the north of England. 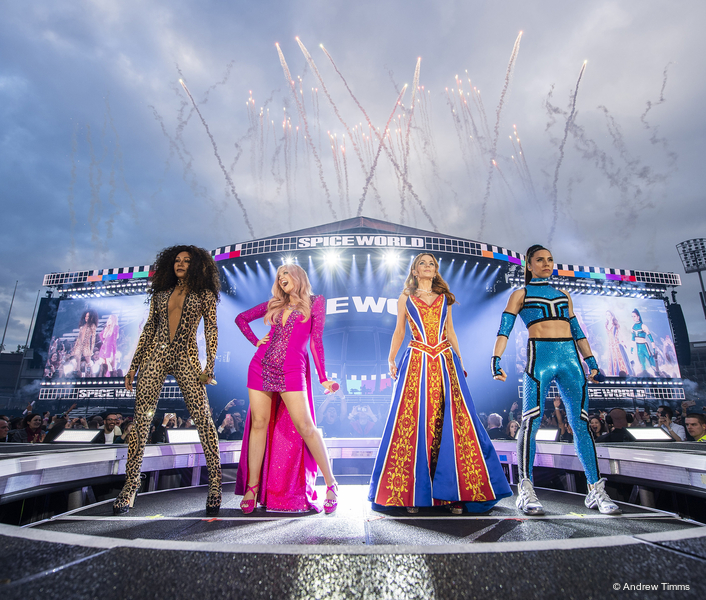 What makes Festival Box so special? In essence, it allows any audio protocol as well as video and data to tunnel over the same fiber, making it a hugely efficient solution for multi-act scenarios. Migrating the technology from sister company BroaMan’s Repeat48WDM media converter, which uses Repeat48-2Fiber modules at its source, it offers countless conversion options, supporting all fiber protocols as well as Cat5 Ethernet-based standards or even HDMI, since the standard SFP optical module transceivers are hot swappable. 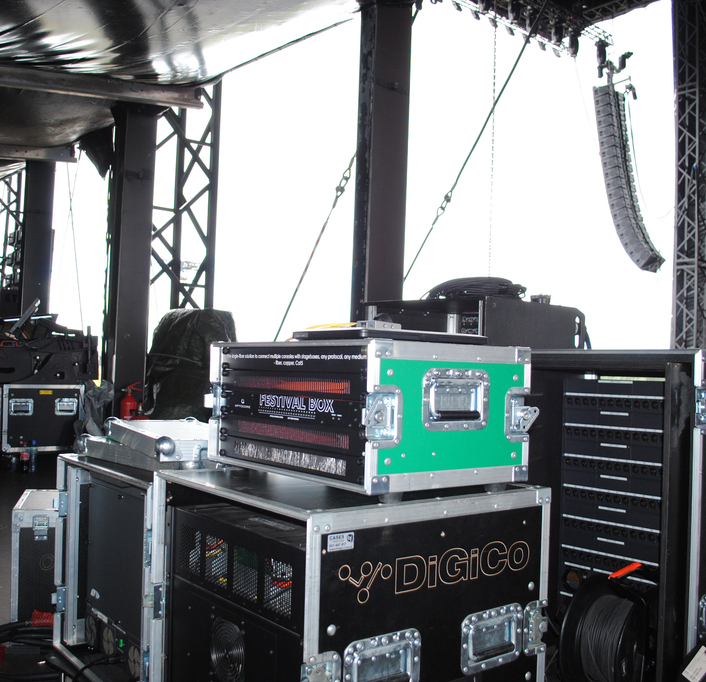 “With each sound engineer bringing different consoles to festivals, running different protocols to the stage box, everything can now be transported down Festival Box using just a single duplex fiber, thereby saving a tremendous amount of cabling between FOH and Stage,” continued Janiszewski.

Alex Hadjigeorgiou, from Optocore-BroaMan dealer, fac365, had led the charge to put the word into the rental community at the beginning of the year. “It’s been very well-received and we’ve had really positive feedback,” he said. “This year has been all about getting the concept across. In some ways the name ‘Festival Box’ restricts it as it is so much more than that: it’s perfect for running complete touring infrastructure down it, using just two fibers.” 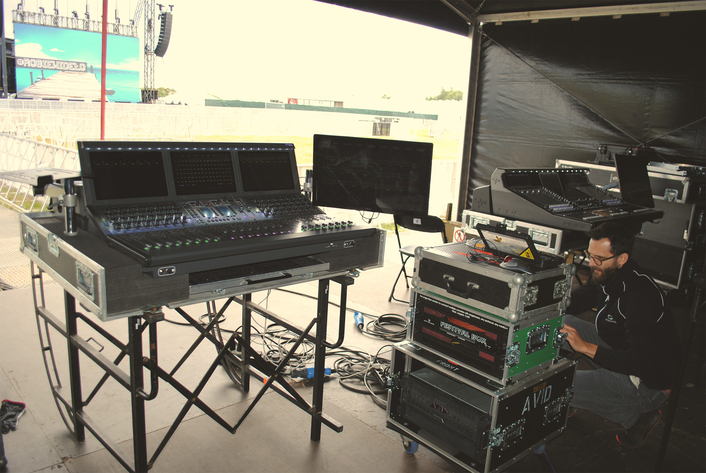 In Poland, GMB Pro Sound have had it out at the Open’er Festival at Gdynia Airport, Krakow Live Festival and Festival Opole, as well as on tour with Meskie Granie. Festival Box also provided an elegant and efficient solution at the Sweden Rock Festival in Solvesborg, supplied by Soundware Sweden, Sziget in Hungary (via Leon Szolgaltato Ltd), while in the north of England fac365 supplied the devices to dbnAudile (for Parklife and Bluedot).

Said GMB Pro Sound Director, Remigiusz Kasztelnik, " Festival Box might be a new concept but those who have tried it have immediately found it extremely useful, especially when there are different protocols in place. The big advantage is simplicity—there is no software or configuration necessary; you just plug in the cable onstage and FOH, and pair the stage boxes and consoles … whether Cat5, coax or fiber. 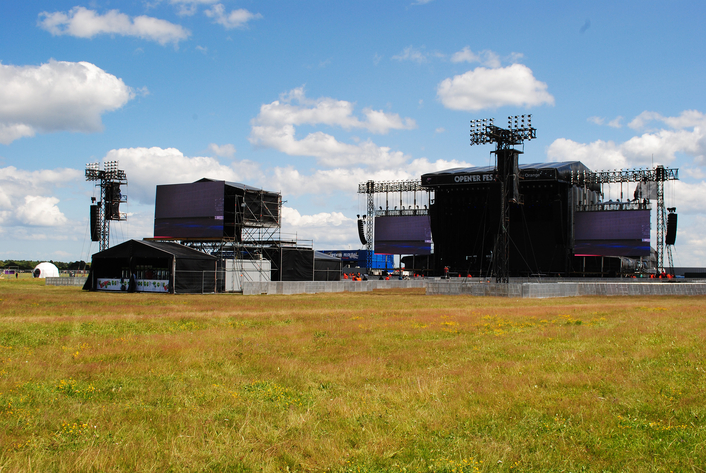 “We expect Festival Box to become a must-have, and a no-brainer for larger tours and mid-size/large festivals over the next few years."

Wigwam co-founder Chris Hill—another early adopter, and influencer of Optocore solutions over the years—agreed. “I have always liked the quality of Optocore products and what they stand for,” he confirmed. “Festival Box has already dug us out of a couple of holes, and is proving to be a very useful tool.”

It made sense to invest for many reasons, he said. “When Spice Girls came along we put it on as a data tunnel so we could put comms, video, the support band console and remote aerials through it. It got used heavily, and proved to be very flexible, reducing the number of cables to plug in at front of house.”

For Billie Eilish, Festival Box fulfilled an altogether different solution. Production had wanted to run their system over Cat5, since their Allen & Heath console sits on that network, and all available fiber ports had already been used. “So instead of  wrestling with a system rejig, thanks to Festival Box they were able to carry on as they were, with no issues of distance, no reconfiguration or software changes necessary,” said Hadjigeorgiou.

Chris Hill agreed. “Their production loved it because they could work the way they wanted to work. Festival Box introduced them to a really simple way of getting out of a problem.

“You don’t need a laptop and another screen—you can plug in more SFPs and put other formats down it. In fact it is now being specified on another project which will require further investment. Anyone who is initially sceptical only has to see it working to be convinced.” 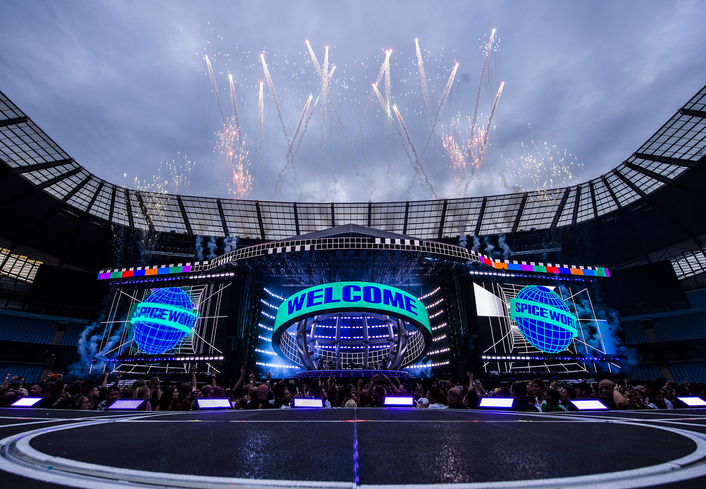 Alex Hadjigeorgiou also believes it offers a great return on investment for mid-sized rental houses who have yet to commit to the substantial investment required in fiber cable. “It is generally hard to charge [clients] good money for fiber because it’s expected to come with the consoles,” he said. “But as Festival Box is a separate chargeable item it becomes a chargeable item it makes a lot of sense.”

In summary he said, “Festival Box is ultimately about efficiency, but it’s for the long term. In years to come, once Festival Box is established, people will be saying, ‘In the old days we used to run a network, RF and console loop all on separate cables!’”