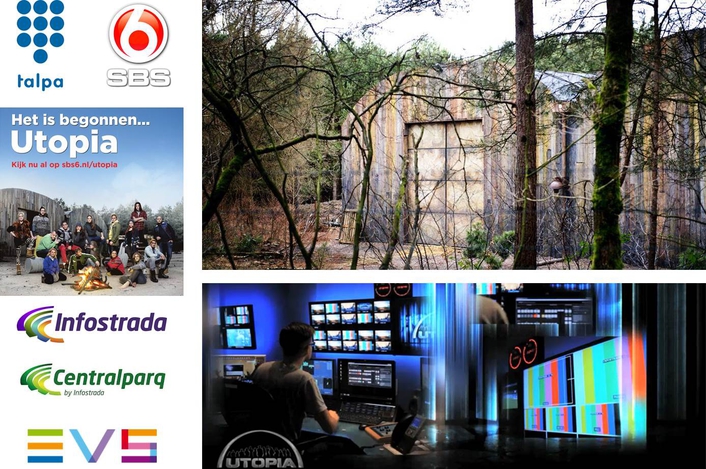 Utopia is a new year-long social experiment reality series developed by Big Brother creator, John de Mol and created by Dutch media group Talpa. The show follows 15 inhabitants that leave their lives behind to move into an empty structure, along with limited amenities, with the task of creating an ideal community. The project requires more than 100 robotic cameras and 60 microphones for 24 hours a day in order to capture all the action from this evolving society. The robustness of EVS solution and its ability to handle the intense continuous ingest of content over a 12 month period, as well as its seamless integration with its own Centralparq platform, was critical to Infostrada. 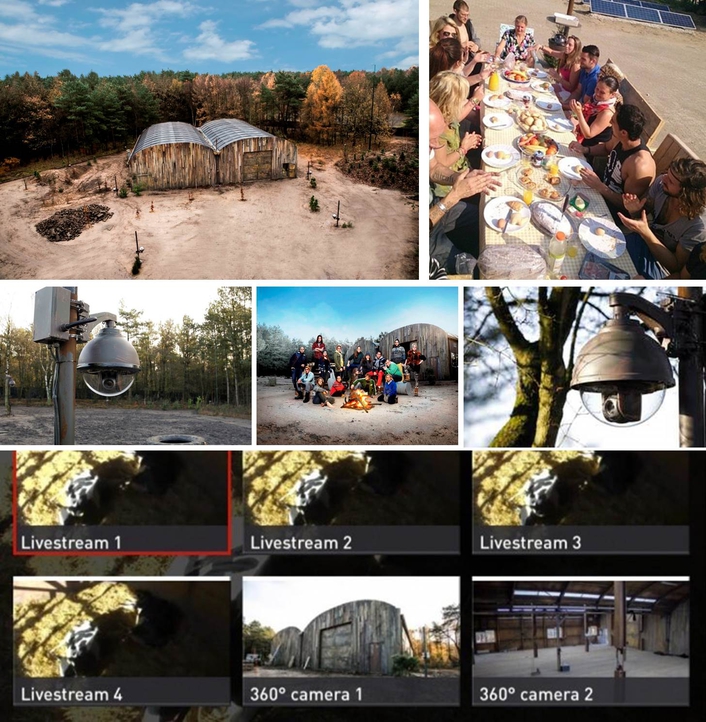 Cameras follow the 15 inhabitants 24/7, allowing viewers to watch the ‘Utopian’ society develop both online and on television. EVS’ XS server is central to this process as it can record non-stop live HD-SDI signals for the entirety of the project. The XS server, supporting native XDCAM HD encoding, runs in constant loop record, encoding the incoming feeds to the internal server storage. Using EVS Xsquare, content recorded on the server is made instantly available on nearline storage for browsing, clip creation and delivery to third-party post-production systems. Finished edits are used for the daily televised recap show and as exclusive content for Utopia passport holders via the show’s website.

EVS’ Xsquare gateway and workflow orchestration solution further enhances the efficiency of the production workflow. Infostrada’s Centralparq system instructs Xsqaure's API to automatically create and transfer 15-minute blocks of material to nearline storage, without any intervention from operators. Xsquare enables tight integration between EVS’ XS media server and the central storage, as well as with the automation system. The result is a fully automated and centrally managed production workflow.

“By incorporating EVS’ ingest solution, we were able to create a highly automated and extremely reliable workflow” explained Peter Bruggink, CTO at Infostrada Creative Technology. “We are certain not to miss a thing over the course of the year, and this is due to the EVS server which has unique loop recording so that content is captured continuously. The content can then be enriched for the television audience or the Utopia passport holders via the web.“

Pierre Mestrez, Market Solution Manager – Entertainment at EVS stated “Integrating our solutions with Infostrada Creative Technology’s Centralparq solution enabled us to be able to create something quite unique. Having the opportunity to record constantly for 24 hours a day, seven days a week over a year is exciting for us and we’re looking forward to the final outcome in December.“

Since its debut in January, viewers are able to watch the Utopian society develop, both on television (Dutch television channel SBS6) and online. The show has been very successful with audiences to date and the rights to produce an American and a German version of Utopia have already been acquired respectively by FOX and ProSiebenSat.1.

About Infostrada Creative Technology
IInfostrada Creative Technology is a passionate, committed and expert provider of innovative solutions for the creation, management and distribution of video content aimed at simplifying the business process of our clients and improving their bottom line.
We provide services for broadcasting companies, television producers, cinema operators, airline companies and governments.
With years of experience in the TV production process, Infostrada developed Centralparq, an online content management platform that allows production teams to streamline operations and gain greater control of their workflow from anywhere.

About EVS
EVS provides its customers with reliable and innovative technology to enable the production of live, enriched video programming, allowing them to work more efficiently and boost their revenue streams. Its industry-leading broadcast and media production systems are used by broadcasters, production companies, post-production facilities, film studios, content owners and archive libraries around the globe. It spans four key markets – Sports, Entertainment, News and Media.
Founded in 1994, its innovative Live Slow Motion system revolutionised live broadcasting. Its reliable and integrated tapeless solutions, based around its market-leading XT server range, are now widely used to deliver live productions worldwide. Today, it continues to develop practical innovations, such as its C-Cast second-screen delivery platform, to help customers maximise the value of their media content.