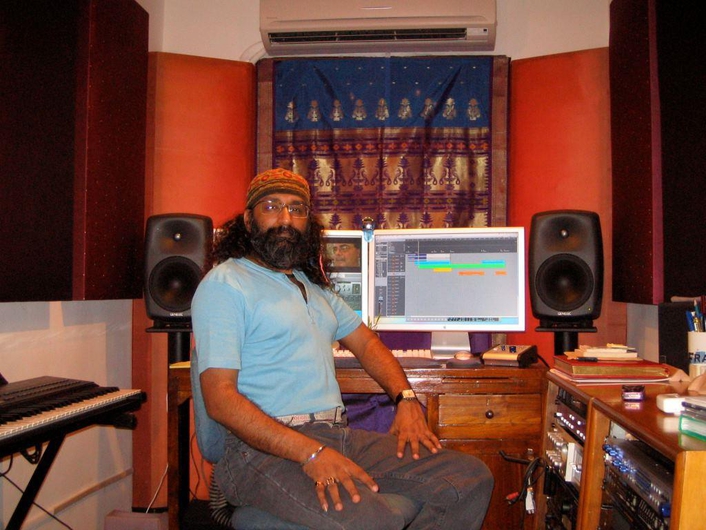 KJ Singh: "I would like to thank Genelec for their wonderful monitors which make our film and music work so enjoyable"
On the occasion of the 10th Anniversary of the launch of the Genelec 8000 Series, KJ Singh, one of India’s foremost audio engineers at work in the film and music industry, pays tribute to this iconic monitor range.

One of the distinctive features of Indian cinema is the importance given to song and dance in the plots – it is what gives the films their unique flavour and a primary reason for their popularity. Maintaining this popularity requires continuing excellence in sound track and background score production of which the audio engineering process is a key element. One of the leading figures in the field is KJ Singh (Kanwarjit Singh Sawhney), a recipient of many major industry awards for his audio engineering work.

KJ Singh is based in Mumbai and has had long and fruitful working partnerships with many figures in the Indian film industry, including A. R. Rahmann, the composer of the music for Slumdog Millionaire and film music composer and director Vishal Bhardwaj. He is the proprietor of Fast Forward Productions, an audio production firm he founded in 1987 and his latest venture is Asli Music, an independent music label which aspires to discover, develop and promote new talent. He has done iconic work with some of the big names in the independent music industry, in India, like Indian Ocean and singers Hariharan and Rabbi Shergill. He launched his label with the production of many an award winning, spiritual album ‘ik On’kãr’, which features the Sufi singing sensation, Harshdeep Kaur. (It was mixed on his Genelec monitors)

Having used many Genelec monitors since the mid-1990s, including the 1029, 1030, 1031, 1037 he was keen to try out the 8000 Series when it was launched in 2004. From the start he was impressed. “I got to try out the 8040/8050 series a few months after the launch. At this time I was starting to set up my own studio and I felt I needed more bass and SPL than my set up at the time could provide. So my local distributor, at the time, sent a pair of the 8050 over to my studio to try them out. I unpacked them and immediately liked the futuristic design with the large DCW which is integrated into the smooth aluminum casted enclosure.

“After a careful, calibrated setup, it was a delight to hear the detail of every nuance from these loudspeakers. The legacy of Genelec was taken forward in the tight low-end, even dispersion, good stereo imaging and amazing transient response with accurate reverb tails. As the months rolled by and I got used to them, in my room, it became quite hard to work on any other monitoring system - including my older 1031A’s. So I stuck with them for all my film and music work when, in 2006, my audio distributor offered me the first ‘champagne’ coloured demo DSP version of the 8250. The auto-calibration and DSP offered more room correction, which most small rooms have and I was instantly hooked. To this day these remain my main monitoring tool.”

KJ works in a variety of production rooms and enjoys the built-in DSP which helps correct any inherent acoustical problems the room may have. He recently purchased a pair of 8020 for near-field work and for use in other studios. 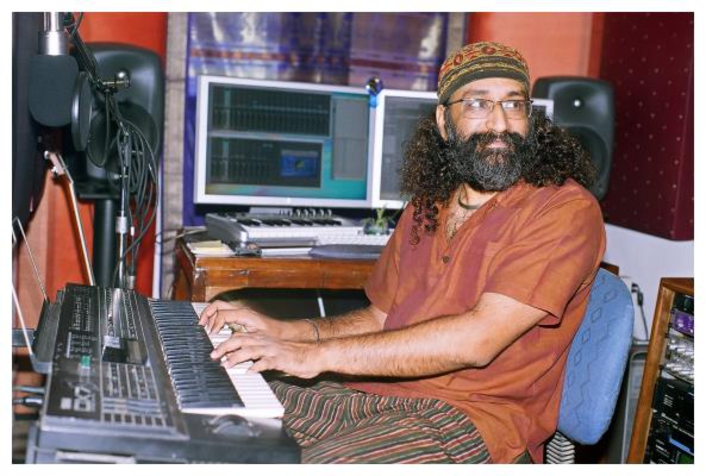 In summary, he says: I would like to thank Genelec for their wonderful monitors which make our film and music work so enjoyable, effortless and efficient. Keep the inventions and development progress ongoing, and we will always look for the next level of monitoring loudspeaker technology from you. Here’s to the next ten years of the 8000 Series! Salut!

With its combination of excellent performance and user-friendly features the 8000 Series is a popular monitoring choice across a range of disciplines; studio, broadcast, installed event and fixed installation. The Series represents the culmination of Genelec’s more than thirty five year experience in loudspeaker design and development. Suitable for a wide variety of tasks including near-field monitoring, mobile vans, broadcast control rooms, surround sound systems and home studios, the range produces high SPL output, low colouration and broad bandwidth in a small enclosure size. The Minimum Diffraction Enclosure (MDE™) and advanced Directivity Control Waveguide (DCW™) combine to provide excellent frequency balance in even the most difficult acoustic environments.

Genelec Oy, founded in 1978, is a pioneer of professional audio monitoring with manufacturing facilities and headquarters in Iisalmi, Finland. During the over 35 years of operation, Genelec’s unrivalled commitment to research and development has resulted in a number of industry firsts and a status as the industry leader in active monitors across the globe. Genelec monitoring products remain true to the original philosophy, offering reliability, neutral sound reproduction regardless of size, as well as the ability to adapt frequency response to the listening environment. Genelec clients receive paramount support in all aspects of the field, from acoustical advice and calibration services to technical service and long product life span. Buying a Genelec product is the soundest investment in audio monitoring. Genelec provides high end audio experiences to professionals in broadcast and music post-production as well as home audio market through subsidiaries in the United States and China as well as partnerships with local distributors across the world.