"When designing a studio that could meet our requirements well into the future, we knew we were making the right choice with the Snell switchers," said P. Azhagudurai, technical manager, Vendhar TV. "Kahuna's performance, along with its ability to support multiple input and output formats, and powerful features for chroma keys, macros, and effects, really set it apart from the other switchers we evaluated." 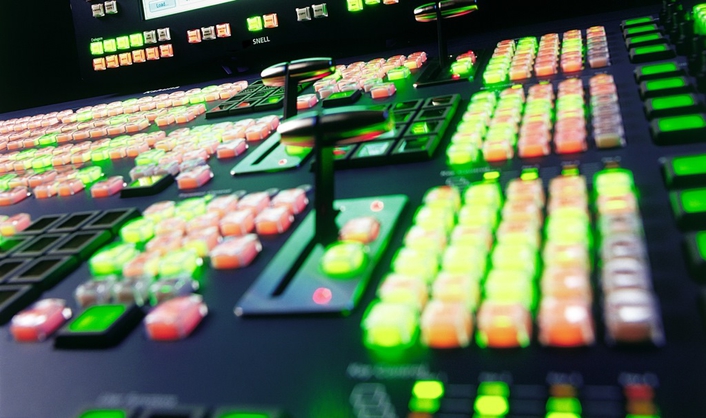 Vendhar TV installed a two-M/E Kahuna switcher in its news studio to support its four daily 30-minute news bulletins, together with a one-M/E switcher in the program studio for live production and postproduction of a wide range of entertainment programs. Although the channel will be initially uplinking an SD signal, the broadcast facility features an all-HD workflow that will support HD broadcasting in the future. With Kahuna, the channel can leverage existing SD content sources as it makes a gradual migration to full HD production.

"Vendhar TV is an exciting new example of how the Indian broadcast market is rapidly evolving to reflect a widely diverse audience and deliver tailored content to many different groups of viewers," said Amit Daftary, regional head, Middle East and South Asia at Snell. "Our switchers provide the perfect platform upon which Vendhar TV can build an operation that will serve its needs now and into the future as the broadcasting landscape continues to grow and change."

About Snell:
Snell is a leading innovator in digital media technology, providing broadcasters and global media companies with a comprehensive range of solutions for creating, managing, and streamlining the distribution of content for today's multi-screen world. Specializing in TV Everywhere and Live TV applications, Snell provides the necessary tools to transition seamlessly and cost-effectively to 4K UHDTV, file-based, and 3Gbps operations, while enabling broadcasters to monetize and deliver their media assets across multiple distribution platforms. Headquartered in the U.K., Snell serves more than 2,000 broadcasters, post facilities, and global media companies in more than 100 countries through its worldwide team of sales and support personnel.