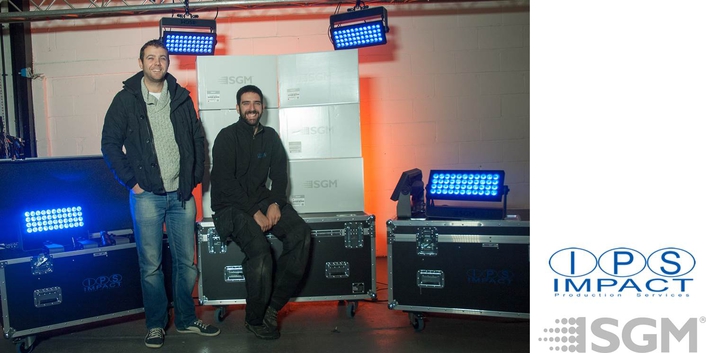 Owner James Mason, who set up the Milton Keynes-based company 16 years ago, took the decision after sub-hiring in some of the high output heads for a project, which also gave him the chance to evaluate them. As a result, he placed the order for 24 P-5 RGBW fixtures with SGM UK.

“We had been looking at various IP-rated outdoor washes and P-5 had come up a few times on specs,” he explained. “For us it’s the next generation; it’s compact, neat and you can use it indoors, whereas other IP-rated washes are often big and bulky.”

In order to get the maximum impact from the fixtures he purchased 21° and 43° lens options.

Mason said the decision to back the Danish brand followed the recognition that SGM’s penetration of the lighting industry was rapidly increasing. “The company has come back as a major force and the P-5 certainly works in terms of our portfolio. We are presently expanding our product range, and the brands we support … and this is one of the keys!

“The P-5 has many advantages, not least being the ease of transportation and ease of set up and address — plus the colour is great and it operates flicker free.”

IPS’ MD anticipates that the addition of SGM’s premier wash light will lead to more work. In fact the new head is already in high demand, and has been earmarked for several film premieres in London’s Leicester Square prior to Christmas.