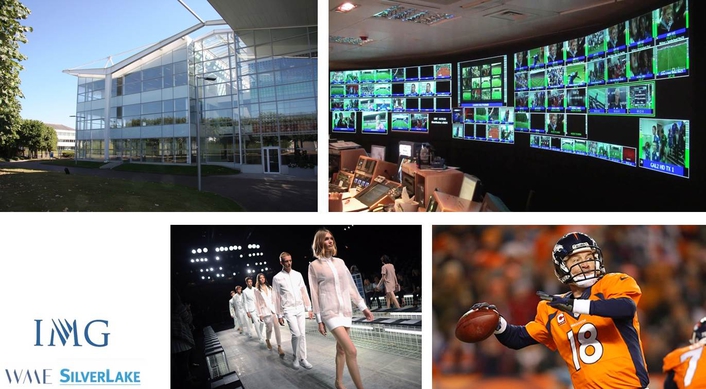 Although the price tag falls a few hundred million dollars short of what Forstmann Little was hoping to get for IMG, it is still a 30% premium to the valuation afforded the overall market, and represents a 12% compound annual return on the $750 million the late Ted Forstmann paid in for IMG 2004.

It will not be as easy for the new owners of IMG to increase the company’s earnings. Although IMG represents star athletes like baseball’s Joe Mauer and football’s Peyton Manning, and entertainers like Justin Timberlake (also represented by WME) and Taylor Swift, it is a slow-growth, low-margin business. The company’s crown jewel is IMG College, which has grown rapidly via acquisitions, like Collegiate Licensing, Host Communications and ISP Sports, the past several years and has been riding the wave of higher media and sponsorship revenue for college football.

IMG College already has the marketing rights to 90 universities and conferences, including two-thirds of the Bowl Championship Series Schools and 49 of the 50 largest U.S. markets–an incredible feat given IMG was not even in the business a few years ago. This  year, revenue for IMG College will be about $375 million and operating income $75 million. Those figures represent about 25% and 40% of the company’s total revenue and operating income, respectively. But growth at IMG College without acquisitions has proved much more difficult due to its business model.

IMG College buys the media, merchandise and licensing rights of colleges and guarantees the schools a certain payment. With those guarantees IMG takes on significant operating costs and liabilities that can take a bite out of earnings certain targets are not achieved. To keep increase its roster of schools IMG has been very aggressive with its guarantees.

To book fat earnings IMG College must surpass its guarantees to the schools. It has fallen short recently, which explains why the unit’s operating income is coming in below expectations this year.

The challenge of growing IMG College could explain why, despite the abundance of cheap money available to finance acquisitions, the price of deal came in below expectations and other suitors with buckets of money, like KKR, opted out of the bidding.