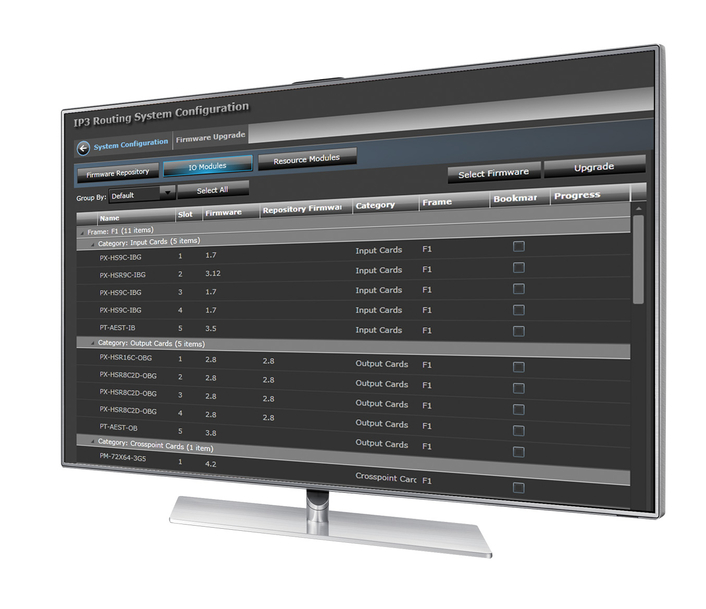 Imagine Communications, empowering the media and entertainment industry through transformative innovation, today unveiled that it has completed more than 25 IP-based customer installations including Disney/ABC, TV Globo, Clark Media and Sky Italia. The milestone, evidence of the long-term and sustainable momentum behind the shift of media operations to IP-based computing and networking platforms, validates Imagine Communications’ pioneering advocacy for the media industry’s transition to a more agile and versatile technology foundation.

Imagine Communications is spearheading the transition to next-generation architectures through the design and delivery of products and solutions built for hybrid SDI-IP and pure IP environments that facilitate the management, movement and monetization of media over commercial-off-the-shelf (COTS) environments.  The company’s IP-based solutions stretch across its playout and networking portfolios and include the Platinum IP3™ router, Selenio MCP™, Versio™ playout, the recently introduced EPIC™ Multiviewer and the Magellan™ SDN Orchestrator, the company’s software-defined control system for hybrid SDI-IP environments.

“This important milestone marks how far we have come since unveiling our vision at IBC2013 for a software-based technology transformation of the media and entertainment industry,” said Charlie Vogt, CEO of Imagine Communications. “That vision is now reality. Our customers are increasingly recognizing that evolving business models, fueled by disruptive shifts in the way video is being consumed, require transformative change to gain the benefits of revenue growth, network flexibly, scale, cost-efficiency and a future-proof environment.”

Live production companies have been particularly aggressive in leveraging the benefits of next-generation technologies to expand the flexibility of their outside broadcast vehicles, accelerate the adoption of Ultra High Definition (UHD) and future proof their operations against the necessity of making wholesale infrastructure replacements with each introduction of new technologies and procedures. Imagine Communications has been at the center of this activity, publicly unveiling deployments in South America, North America and Europe in recent months.

The deployment milestone is also evidence of the success of industry efforts to overcome lingering skepticism of IP’s suitability to deliver the reliability, robustness and precision timing that broadcast environments demand. Those efforts, aided by contributions from Imagine Communications, include the industry-wide promotion of open standards for the transport of media assets over IP-based infrastructures, as well as solutions based on those standards.

In December of 2015, Imagine Communications became a founding member of the Alliance for IP Media Solutions (AIMS), an industry organization dedicated to the widespread interoperability of IP-based solutions that deliver the same level of plug-and-play assurances as traditional broadcast equipment based on SDI. AIMS is among the fastest-growing trade associations in the history of the media and entertainment industry, with membership approaching 50 companies as of the end of June. 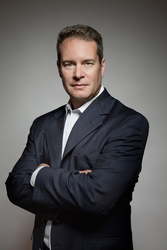 In addition to customer deployments, Imagine Communications has been active in demonstrating the feasibility of environments based on COTS equipment, including both private and public clouds, for hosting the most demanding media operations. In addition to participating in multiple interoperability demonstrations, the company recently supplied IP-based solutions for the launch of an IP live training and education facility at Sony’s Digital Motion Picture Centre Europe (DMPCE) at Pinewood Film Studios near London. The new IP Live studio is designed to provide hands-on familiarity with IP-based live production environments and further the advancement of IP in live settings through training and testing and by demonstrating multivendor interoperability.

“One of the biggest barriers to the adoption of next-generation architectures is overcoming the chasm of trust among broadcast engineers and other media professionals that IP-based solutions built on COTS equipment are ready for prime time,” added Vogt. “But seeing is believing and Imagine Communications looks forward to demonstrating the market-readiness of its IP-based and cloud solutions and sharing some of our recent customer successes at the upcoming IBC2016 conference in Amsterdam.”

For demonstrations of Imagine Communications’ IP-based systems and solutions, please visit Amtrium, Stand 4.A01 at IBC2016.

About Imagine Communications
Imagine Communications empowers the media and entertainment industry through transformative innovation. Broadcasters, networks, video service providers and enterprises around the world rely on our optimized, future-proof, multiscreen video and revenue enablement solutions every day to support their mission-critical operations. Today, nearly half of the world’s video channels traverse our products, and our software solutions drive close to a third of global ad revenue. Through continuous innovation we are delivering the most advanced IP, cloud-enabled, software-defined network and workflow solutions in the industry.