Beginning with a set at Radio 1’s Big Weekend festival and culminating in a performance at London’s Roundhouse, audio production for the tour was managed by Britannia Row. Paolo was on four d&b M2 wedges run as a stereo mix, there was a guitar player on two M2 wedges, and then nine other musicians all on in-ears, plus Tom’s PFL wedges, run “a little unusually” in stereo. 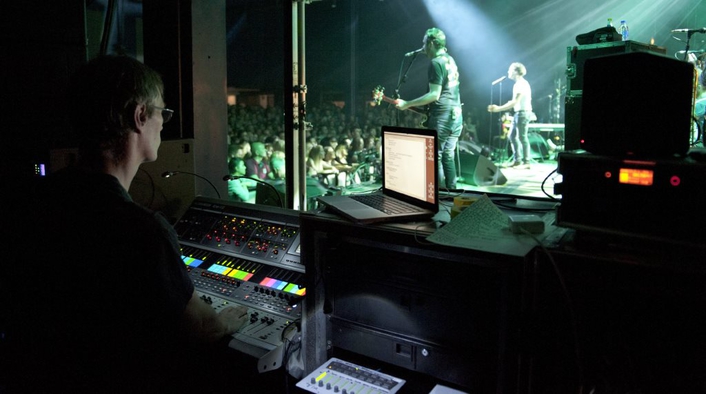 Tom Howat with iLive from monitor position at UEA in Norwich

"It was very interesting to mix a different act on the same iLive system. Having spent many years working with Paolo this was an excellent opportunity to properly compare the iLive to past experiences. I ended up with only half a dozen unused input channels and because of the configurable buss structure I could get the maximum out of the system. iLive performed impeccably and sounded excellent as expected," comments Howat.