iLive on the Road with Bugle Boy Musical 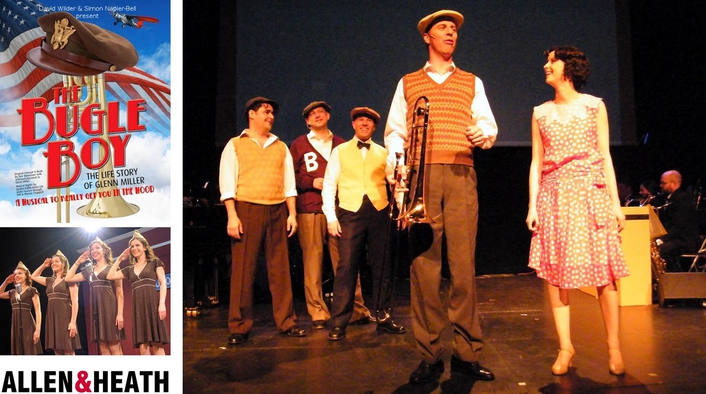 .
An Allen & Heath iLive digital mixing system is currently on a national tour of the UK with the hit musical, Bugle Boy, which traces the life, career and mysterious disappearance of the late bandleader and composer Glenn Miller.

The system is based around an iLive-T112 Control Surface and an iDR-48 MixRack fitted with a MADI network card.

“I first saw the modular iLive system at a PLASA show a few years ago, so when the compact fixed-format iLive-T Series came along, I decided to take the plunge and purchase a system. It has eliminated a 20U rack of outboard at FOH, made the FOH footprint much smaller and made fit-up/get-out times so much quicker. The get-out on this tour typically takes less than an hour, with FOH being able to be packed away in ten minutes,” comments Andy Onion, Bugle Boy’s sound designer and operator.

In the FOH rack is a rackmount PC that runs CSC show control software and iLive Editor control software to give an overview of what the system is doing, as well as system management software for 9 radio mics used on the show. The system is clocked from RME's ADi-648 ADAT/MADI converter, which takes the ADAT feed from the RME Fireface UFX audio interface and sends it to the MixRack onstage. 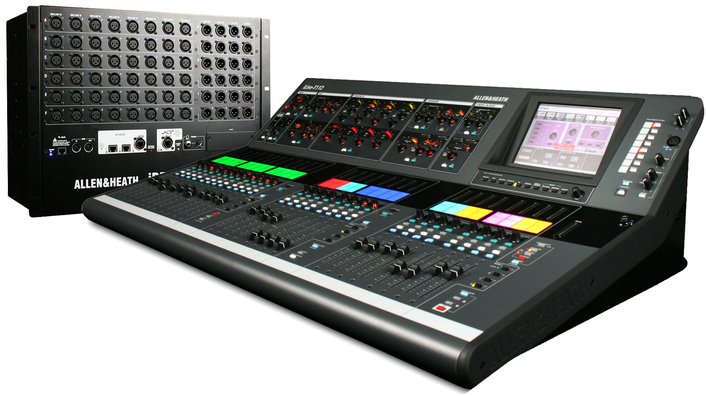 “In addition to providing all the sound effects playback for the show, the CSC software sends MIDI program change data to the iLive-T112 to change scenes when required, for example, when actors enter/exit the stage or during different parts of a song/routine. The top layer of the middle bank of faders on the surface is used for channels pertinent to the scene onstage at the time, making operating the show much easier. The DCA grouping and assignments change on a scene by scene basis, as one actor may be singing lead in one routine but as part of an ensemble in another. The ILive's scene recall, strip assignment and DCA routing make this easy to achieve, plus any edits can be done offline at a later date using the Editor programme,” explains Onion.

The show started touring last autumn, opening in London's West End at the Garrick Theatre, and is now on a national tour until September. In addition to the 9 radio mics, the system is handling five reeds, four trombones, four trumpets, a double bass, a grand piano and drumkit.