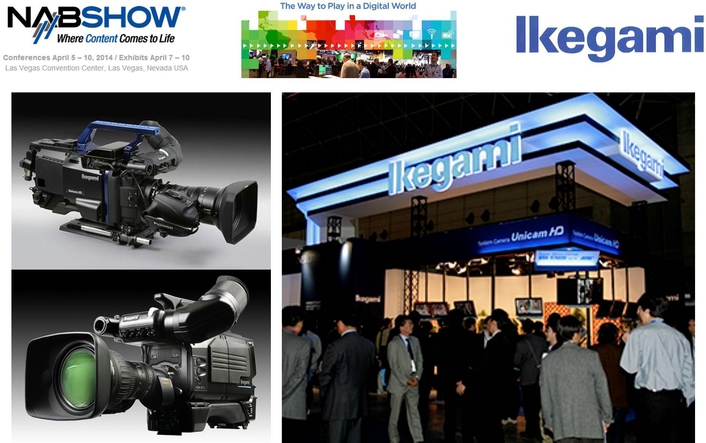 The company will be the host of an intriguing 8k Technology Exhibit, providing attendees with an up-close look at the latest advances in this extremely high resolution format, Super Hi Vision.

Throughout the Ikegami booth, visitors will experience products that provide exceptional HD picture quality, superior performance, and convenient features. Some of the featured systems on display will include the following, with additional Ikegami technology on exhibit to be announced closer to the show:

A pioneering marriage of technology between two recognized industry leaders, Ikegami and ARRI, the HDK-97ARRI is a broadcast-style production camera with digital cinema characteristics. The HDK-97ARRI makes it possible to employ a large format sensor in multiple camera operation, resulting in a "best of both worlds" image acquisition system ideal for use in multi-camera studio and field applications. 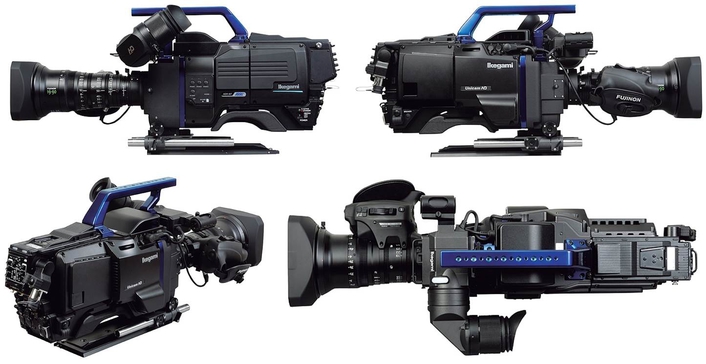 A pioneering marriage of technology between two recognized industry leaders, Ikegami and ARRI

Broadcasters and content producers, such as MTV at the 2013 Video Music Awards, are benefitting from the unprecedented combination of features in the HDK-97 ARRI. Centered around ARRI's Super 35mm CMOS sensor with its associated support circuitry, the system provides such cinematic qualities as shallow depth-of-focus, exceptional dynamic range, and progressive frame rates like 23.98p. Meanwhile, broadcast-grade distribution is enabled with the latest in Ikegami technology, via fiber transmission using up to 2 km SMPTE hybrid fiber/copper camera cable. 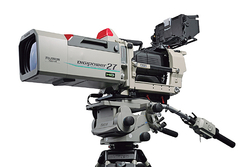 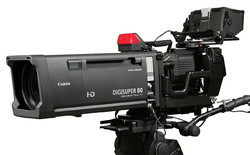 Docking-style cameras, the HDK-97A and HDK-97C feature a 3G fiber-transmission system from the camera head to its CCU. Transmission options include an HD-SDI QTV signal for teleprompter (or vanity/program monitor) use. Also two SDTV QTV signals are transmitted to the camera head for prompter and external monitor use. When the camera is operating in a conventional 1.5G format, a second 1.5G video from an external source can be transmitted to the CCU as a video trunk channel, which is particularly useful for POV applications because it reduces the number of cables which need to be run.

With the docking style camera body, either an FA (Fiber Adaptor) or TA (Triax Adaptor) can be mounted on the Ikegami HDK-97A or HDK-97C. The CCU-970M can be fitted with built-in fiber and triax transmission and simple front panel toggle switch to select the transmission system depending on the cable type to be used for each application.

Low profile and low weight improve the maneuverability for shoulder use. And a System Expander (large lens sled) eliminates cable connection between camera and sled, and increases the ease of mounting and removing the camera from the sled.

Additional features include 2x Slo-Motion (1080i/720p 119.88 / 100Hz) -- switchable for live and slo-motion picture within one camera, the Ikegami HDK-97C makes it possible to get slo-motion pictures without changing the camera position via this option. 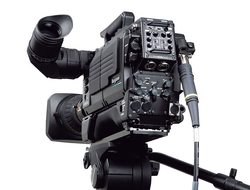 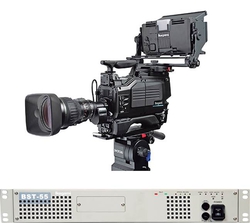 The Ikegami HDK-55 is the most affordable member of the Unicam HD camera series, and uses 1080i 2.3 mega-pixel AIT CCDs. Highlight features include Quick EZ Focus and chromatic aberration correction. Like the other portable cameras in the Unicam HD series, the HDK-55 is a compact low-profile camera head with docking adaptors for fiber or triax cable use. Compact light weight fiber and triax base stations, the BSF-55 and BST-55, are also available, providing overall economy to the HDK-55 and other camera models. 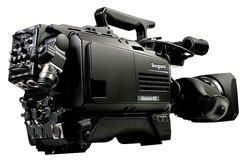 Two new Ikegami ultra high sensitivity cameras will also be on display at the 2014 NAB Show. The HDK-5500 ultra low-light 3 CMOS HDTV camera is a docking style multi-format portable camera system, designed for use in day and night applications. It features three 2/3 inch 1.3M high speed multi-sampling CMOS sensors, with a minimum illumination of 0.02 lux or less (at 60 frames per second). This portable camera shares the same fiber and triax adapters and base stations with the Unicam HD series, and is equally suited for shoulder and tripod-mounted applications. The HDK-5500 permits shooting with available illumination at night and in dark locations such as very dark audience areas without adding external lighting. 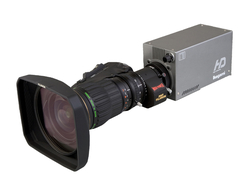 The HDL-4500 shares the same high sensitivity front end with the HDK-5500, but packaged as a compact one-piece box style camera for POV applications which require extremely low light operation at least some of the time. Full control of the camera is available using any of the Ikegami remote control panels. The HDL-4500 can serve as a traffic and weather camera operating in the full range of illumination from moonlight through sunlight. 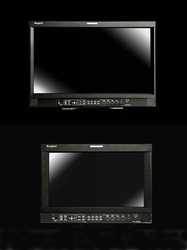 Advanced new Ikegami monitors will be on exhibit, highlighted by the HEM-2570W 25-inch and HEM-1770WR 17-inch full HD OLED monitors. Representing Ikegami's next generation Grade-1 monitors, with high performance OLED panels, the HEM series ensures ideal reference monitoring for a wide range of outside and studio production applications. Highlights include support of 10 patterns x 10 scenes for user markers, a USB terminal for support of functions including auto setup, saving an image, full-screen capturing and mouse connection for menu navigation. In addition, audio functions such as speakers and headphone terminal are provided.

These Ikegami systems and more will be on display throughout NAB, at Booth #C7725, April 7-10, 2014, at the Las Vegas Convention Center.

Ikegami Electronics (U.S.A.), Inc. is a leading supplier of professional broadcasting products in the Western Hemisphere. With US offices in New Jersey, California, Florida, Texas, and Illinois, the Ikegami name is recognized worldwide for its state-of-the-art television cameras and closed-circuit TV equipment. Ikegami's universal HDTV cameras have been widely accepted by the broadcast industry as it continues the transition to the High Definition Television Format.

NHK Tests 8K at Winter Olympics
Ikegami and ARRI Marriage of Technologies
TVN with the First Ikegam...h-Speed Camera in Germany