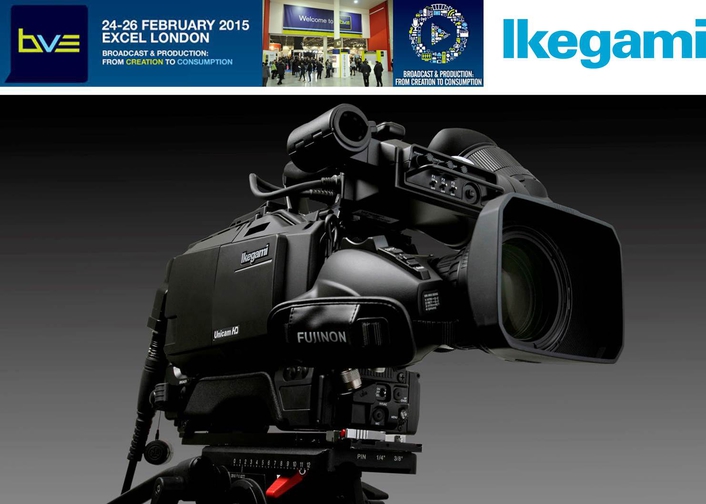 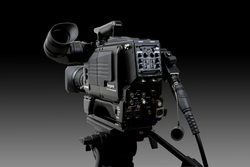 Supporting features of the HC-HD300 include the focus assist and lens aberration correction functions employed in Ikegami's established UnicamHD range of cameras.

The camera can be operated under local control or in conjunction with a newly developed control system. This consists of an FA-300 fibre adapter and BSF-300 base station. Light in weight and compact in size (1.5RU), the BSF-300 base station is easily integrated into any studio, mobile truck, or portable flypack. When using a hybrid fibre camera cable, the base station provides power to the fibre adapter and the camera itself.

Ikegami HDK-97 ARRI large-sensor broadcast production camera
Also on show on the Ikegami stand at BVE 2015 will be the HDK-97 ARRI camera. Jointly developed by Ikegami and ARRI, this is a pioneering new broadcast-style production camera with digital cinema characteristics. The HDK-97ARRI makes it possible to employ a large format sensor in a multiple camera operation. The result is a best-of-both-worlds image acquisition system ideal for use in multi-camera studio and field applications, including conventional broadcast camera operation and classic video operator control of multiple cameras. 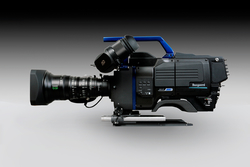 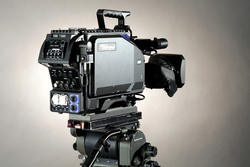 About Ikegami
Ikegami Tsushinki Company Limited is a leading manufacturer of specialised cameras, image processing and transmission equipment. Founded in 1946 in Tokyo, Japan, the company today has around 800 employees working across three factories and nine sales and service organisations all over the world.  Ikegami is a world leader in the development and delivery of image capture, transmission, recording, processing and display products for broadcast, inspection, medical and security applications.
Ikegami Electronics (Europe) GmbH as founded in 1970. Based in Neuss, Germany, it is the sales and service headquarters for Europe and Africa. There is a branch in the UK. In the other European countries and Africa, Ikegami works in partnership with authorised distributors and dealers.