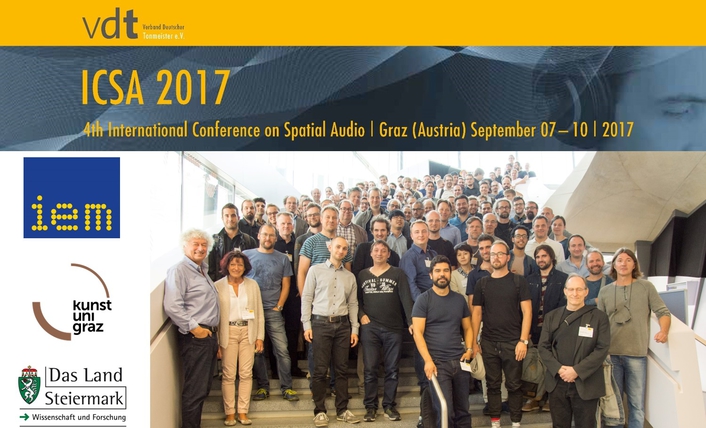 The premises at the University of Music and Performing Arts Graz constituted ideal surroundings for the many visitors to the ICSA, offering acoustics and technical equipment as well as a comfortable atmosphere

The ICSA 2017 (International Conference on Spatial Audio), which focused on spatial and 3D audio and took place in Graz, Austria from September 8 to 10, was a huge success. Attendance rose once again, surpassing the last ICSA which was also held in Graz.

This is the fourth time that the ICSA has invited experts from science, production and technology to devote three days to discussing three-dimensional audio production and reproduction. The topic generated a lot of interest – not surprising, considering that the formerly theoretical field of study into the technology of spatial audio recording and playback has since evolved from the basic science to a practical experience with many examples of adaptation for 3D audio and Virtual Reality. 3D audio has become even more universal in recent years, finding its way into music recordings, film audio, games audio and sound installations in museums. Even consumer giants like Facebook and YouTube as well as smartphone manufacturers have recognized the relevance of the 3D audio market for their revenue. 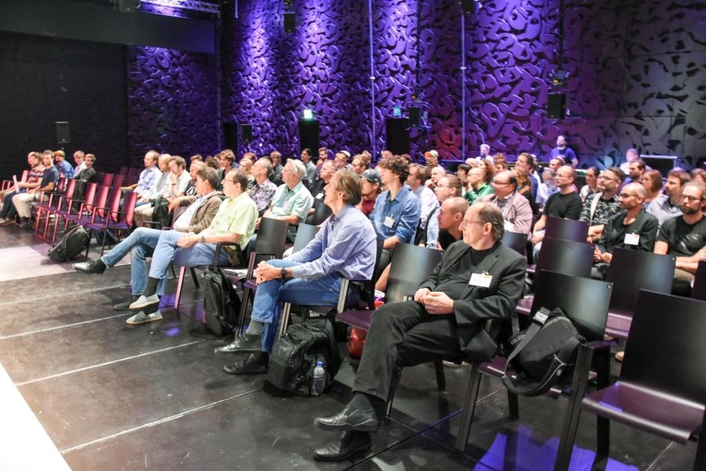 The György-Ligeti hall was also the venue for the finale in the 3D production competition. The productions met with enormous interest!

Visitors could enjoy countless audio samples in 15 workshops, 3 demonstrations, the evening IKO concert and the finales of the new 3D audio production competition. The hall of the Theater im Palais is one such example, fitted as it was with 16 loudspeakers mounted on a hemisphere enabling up to 100 listeners to experience three-dimensional playback. The large György Ligeti Hall in the University of Arts Graz even offered a hemisphere with 29 loudspeakers for up to 200 people.

This year’s ICSA was also dedicated to binaural 3D playback and provided an additional room with 80 headphones for hands-on demos and workshops. 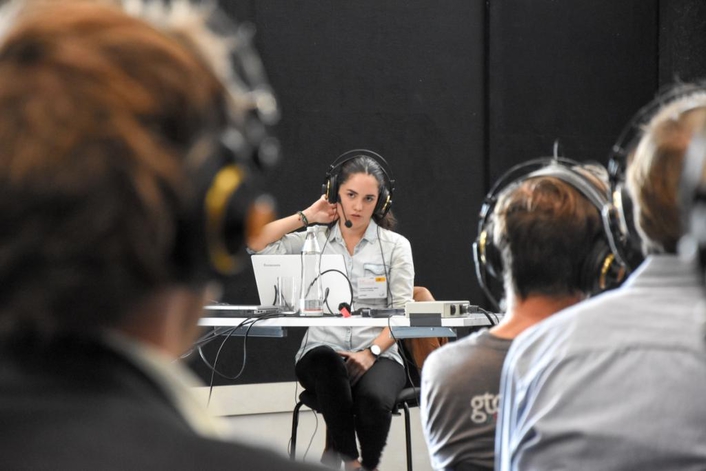 Maria Cuevas-Rodríguez from the University of Malaga held a workshop about an open-source tool-kit for 3D audio rendering. By the help of the VDT headphone systems, up to 80 participants could listen to the results simultaneously during the workshop.

Many aspects of this broad field were examined in terms of audio. The immersive audio contributions to the competition won out with elaborate, high-quality productions (the winning productions are presented at vdt-icsa.de/audio-competition). 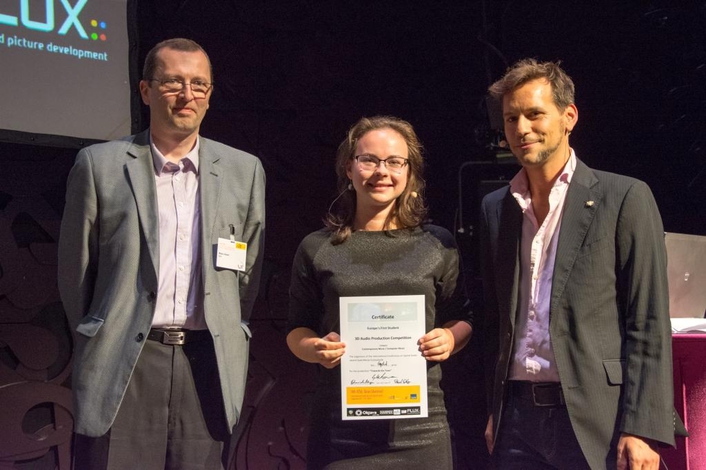 Goda Marija Gužauskaitė (middle) of the Lithuanian Academy of Music and Theater with ‘Towards the Tone' was the Gold Winner of the Student 3D Audio Production Competition in Category 1 (Contemporary Music / Computer Music).

Not aiming for precision reproduction, as affordable and easy distribution was the motto of the project ‘Ambisonic Klangdome’, which presented a practical 3D audio playback in a tent shaped like a dome.

An entirely different approach was heard at the IKO evening concert (curated and hosted by the composer Gerriet K. Sharma): The same Higher Order Ambisonics technology, which also underlay the 3D sound reinforcement, created differing and moving sound beams produced by a compact icosahedron-shaped loudspeaker array. The extraordinary compositions explored the room using the multi-layered reflections. The concert closed with a piece that created a dialogue between the hemisphere array hall speakers and the IKO sound sculpture—3D audio from the inside and the outside. 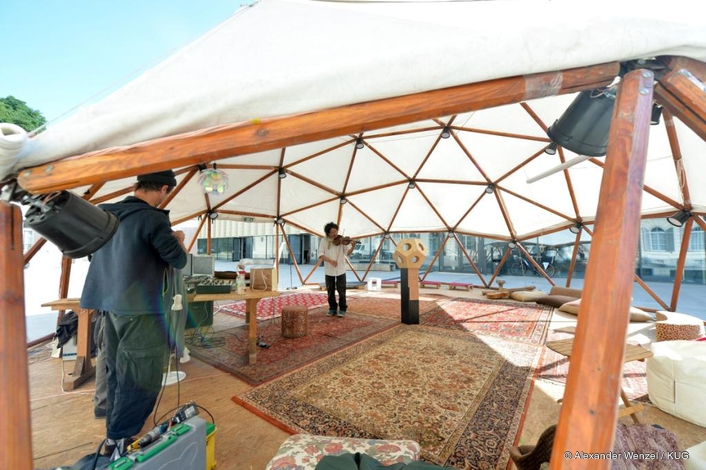 Jo Jauch (shown here with his violin) and Michael Romanov (not on the photo) presented an Ambisonics Dome in the yard of the Kunstuniversität Graz as an affordable 3D audio playback environment for festivals.

A plethora of production equipment and IT

3D audio has made the jump from the experimental stage to professional workflow. The times when only nerdy specialists in their MATLAB labs could generate 3D content are definitely over. A wide range of software tools, such as the IRCAM software Panoramix (a low-priced all-in-one tool for mixing and post-production), its commercial counterpart SPAT Revolution, and Spatial Audio Toolbox from b-com which enables users to partially cut and edit HOA audio recordings, were shown and some could even be heard. Global players like Google were at the event with 3D audio solutions for mobile consumer devices such as smartphones and tablets. The EU-funded project 3D-Tune-In presented an approach for an open source library in C++ as a tool kit, which calculates directed audio reproductions—for games, for example, or to assist the hard-of-hearing. An entire lecture series was devoted to the question of the correct measurement of head-related transfer functions (HRTF). 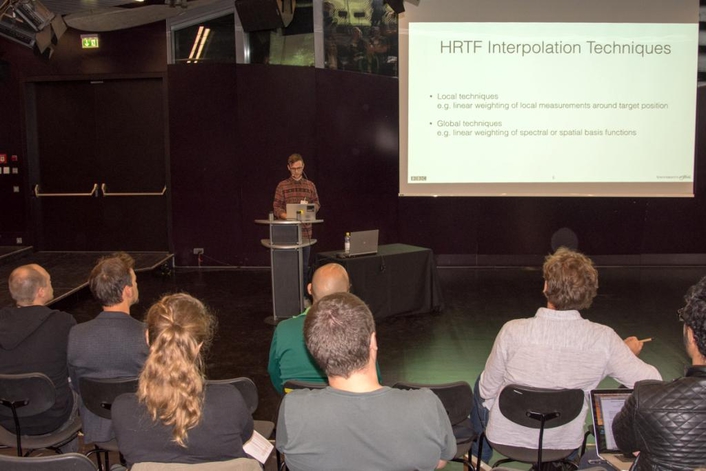 A large hall was given over entirely to the scientific lecture program. The photo shows Chris Pike (BBC) during his lecture on the ‘Subjective Assessment of HRTF Interpolation with Spherical Harmonics.’

Ambisonics, loudspeaker applications, psychoacoustics and hearing, and Virtual Reality were other topics for scientific lectures and practical application. In total, about 50 lectures, workshops and demonstrations—some of them running parallel—have made the ICSA 2017 an extremely interesting event with lots of variety to offer.

A busy side program

A small exhibition from manufacturers and developers of 3D audio rounded off the event. 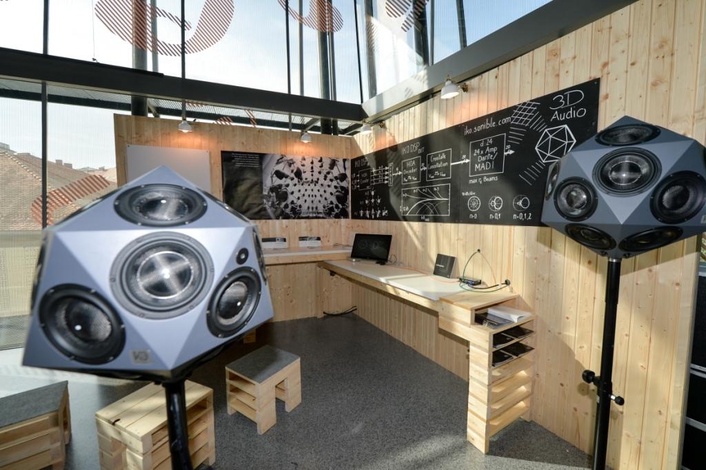 The company sonible, known for its compact amplifiers which provide lots of channels and power, has made the IKO market-ready and now offers it commercially as a measuring and composing instrument. 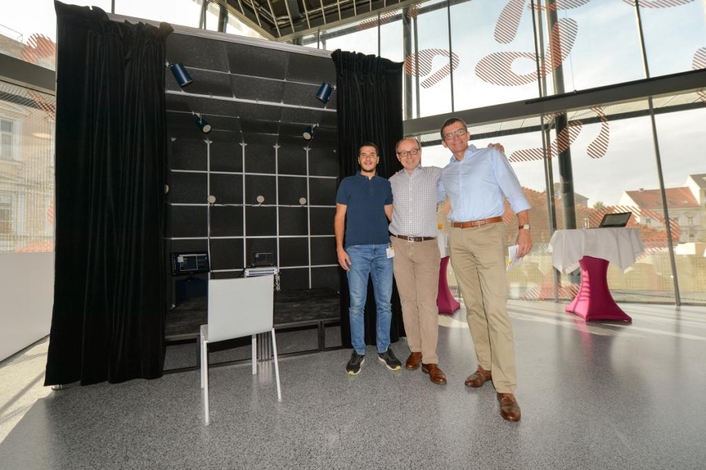 Dspecialists presented Polyverb, a new 3D convolution reverberation which they demonstrated in a purpose-built sound booth.

Besides the concert, the overall program also featured a reception by the State of Styria in the evening before the conference began, and a celebratory dinner on Saturday evening. 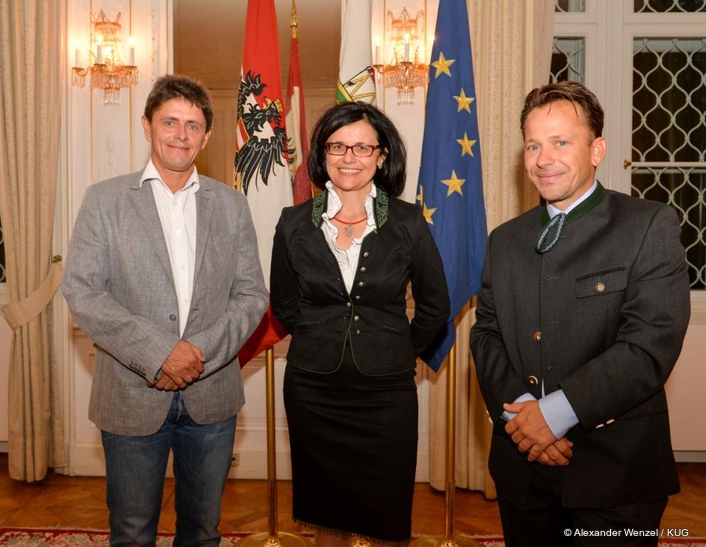 It is without doubt that the conversation on artistic application and scientific consideration is part of what makes the ICSA in Graz special. Practitioners are at times looking for ways to implement ideas for which the scientific foundation is not yet fully understood. The mission of ICSA is this very combination of theoretical consideration, scientific research and artistic implementation.

The IEM in Graz is considered one of the leading research and university performance venues for spatial audio equipment. Owing to a focus on 3D audio reproduction in Ambisonics, the local organizational team could provide several hemisphere loudspeaker arrays of outstanding acoustic and technical quality as well as fit a room with binaural equipment for 80 people using the VDT headphone system. Provided with professional and well-timed technical assistance, the excellent channel and scene-based audio contributions of ICSA participants enabled impressive listening conditions. Contratulations!

Looking back on this conference, it’s safe to say: “3D audio reproduction on spherical loudspeaker arrays has become the go-to medium for many!” 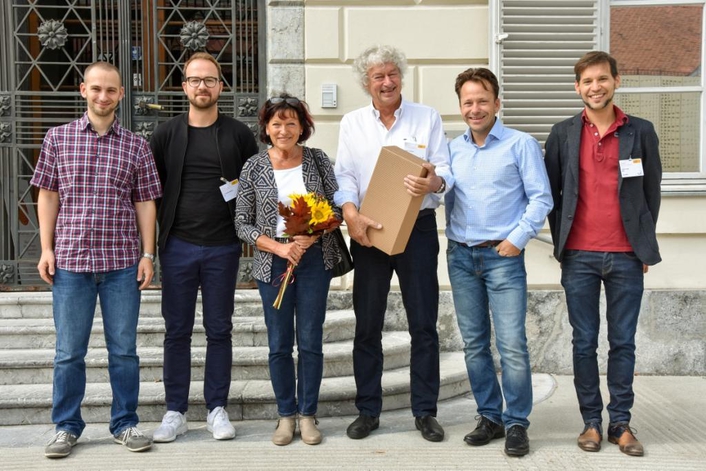 After the ICSA is before the ICSA

The next ICSA is already being planned. The VDT managed to win a team at the Fraunhofer Institute for Digital Media Technology (IDMT) in Ilmenau, Germany for 2019. Günther Theile, responsible for planning the program at the VDT, is already excited about the coming ICSA: “All parties generally view the change of location and team as a good thing. Different institutes enable a natural change in perspective and substantive depth based on their particular commitment, allowing for a different design and focus in conference programs.” 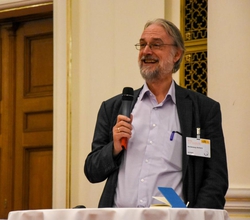 The conference was presided over by Alois Sontacchi, Franz Zotter, Matthias Frank, Markus Zaunschirm (all from IEM) and Günther Theile (VDT).

More information about the ICSA 2017 are available at http://vdt-icsa.de.

The language of this international conference was English.

The ICSA was organized in collaboration with VDT, IEM, KUG and the State of Styria.