.
Lighting Designer Scott Warner is utilizing four of Robe’s new ROBIN Cyclones for the award-winning Swedish DJ duo, Icona Pop, while they perform as the opener for Miley Cyrus on the U.S. leg of her much anticipated “Bangerz” world tour.

The Cyclone units – a product developed by Robe after an initial design idea by Warner – are being supplied by Theatrical Media Services of Omaha, Nebraska and are making their touring debut after being launched at the 2013 PLASA light & sound exhibition in London.

The functionality of the Cyclone is very similar to what its name suggests.  “It’s a high-powered LED wash light with a built-in DMX-controlled fan,” enthuses Warner, who is quite literally “blown away” by the fact that he is using four for the first time on this tour.

The Cyclone is an innovative moving head integrating lighting (a ring of 24 high powered RGBW multichip LEDs) and a fan providing a tool that creates some very unique visual atmospheric effects.

The perimeter ring of LEDs have a zoom of 8 - 63 degrees and the variable speed fan in the center is combined with a snoot to help create a strong central airflow, which can be combined with fog and haze.  The fan itself can be independently DMX controlled and is a perfect complement to foggers and hazers at any live event requiring a fine-tuned directional flow of fog or haze.

When combined with a fogger or hazer, the Cyclone can create numerous effects from a wisp of smoke to completely immersive low ’cloud-cover’ in a very short time with user-controlled precision.

Warner specifically likes being able to individually control the LEDs, which can be mapped to create color chases, strobe effects, and other fabulous looks.  “Robe has made a ton of really awesome effects,” he states, which are pre-loaded in the fixture’s DMX profile.

In addition to a functionality similar to Robe’s LEDWash series of moving heads, the Cyclone is perfect for tackling many other lighting tasks such as cooling artists from a ‘footlights’ position, and also producing dramatic “hair-blowing” looks when positioned in front of a performer. 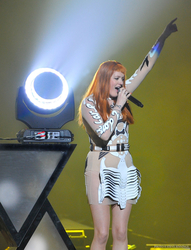 For Icona Pop, Warner explained, “With the design of our stands and DJ booth, I wanted to give the girls a clean, high-tech look.  I've been working with our Production Manager Bryan Cross, since the birth of The Pussycat Dolls, and we wanted to go with a black set instead of the standard aluminum so I could minimize the glare from the followspots.  The Cyclones are not competing with video - as there is none except for the bands’ logo on the huge video wall”.

“I have some cues that run the fan at either 25, 50 or 100 percent depending on the effect I want, however they are usually running at 10 percent just to keep the haze from building up in one area.” says Warner.

The four Cyclones are positioned on top of custom stands behind the artists, with a hazer for each one built into the set piece.  They are used on every song in some capacity and then occasionally for special effects - when Warner feels it's necessary - so not to be overdone.

The back-story to the development of the Cyclone started when Warner was lighting a Nicole Scherzinger solo tour in the UK and frequently had to move the fans after programming his lights.  “Airing out my frustration one day I blurted out loud ‘why doesn’t someone make a light with a fan in it?’, after which I thought it might actually be worth sketching out the idea.” 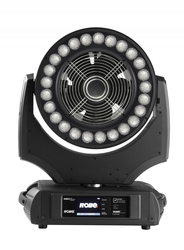 “I have a short list of people I can trust in this business, and Robe’s CEO, Josef Valchar, has been on it since we first met.” he confirms.

Warner recommends the Cyclone for “…any show that needs haze or an artist who wants a light and a fan, such as a drummer.  I can see this fixture being used on outside shows to keep the artist cool and to blow flies and mosquitos around.  LOL!  Regardless of the fan, the light is a fantastic wash light!”

Warner hopes to inspire other designers to add them to their shows as well.  “When I describe the Cyclone to other LDs, their eyes normally light up just hearing about the wash light/fan combo.”

Lighting Designer Butch Allen stopped in at CenterStaging in Burbank, CA, saw the Cyclones in action and said he loved the fixture.  “He said I can quote him saying ‘I couldn't imagine how any designer, artist or dreamer couldn't find an 'outside the box' use for this very cool tool’,“ relates Warner.

After touring the U.S. with Miley Cyrus, at the end of April, Icona Pop will join Katy Perry on tour in the UK starting May 7th and continue using the Cyclones. 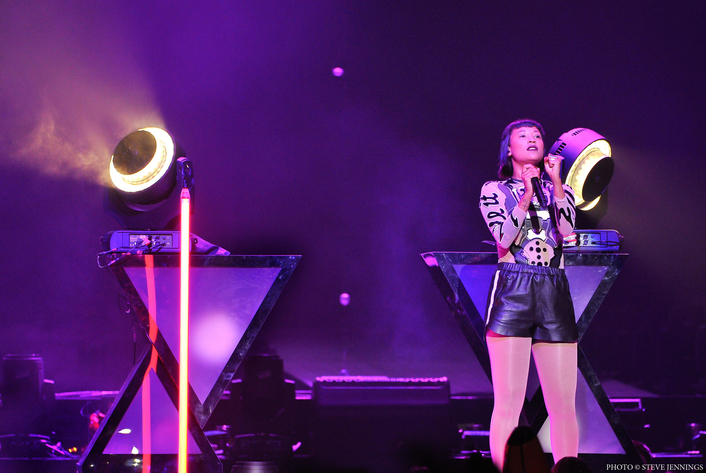