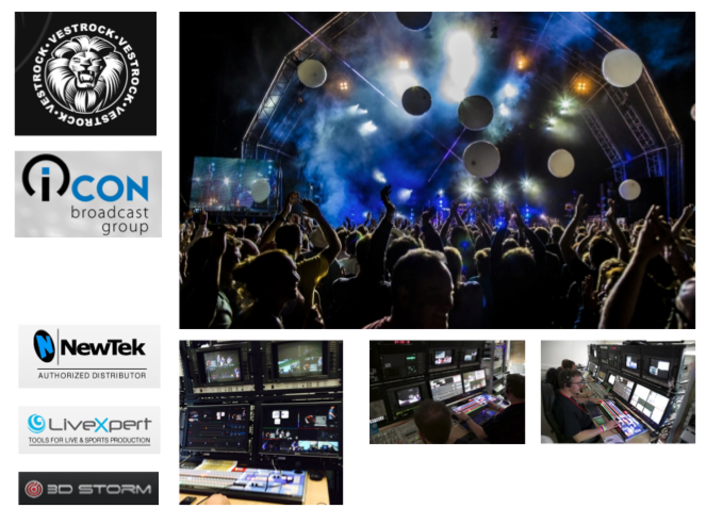 For the third year in a row, Icon Broadcast Group, a production company based in the Netherlands handled the live operations for VESTROCK festival, engaging the audience through social media.

Conferences, sporting events, concerts, festivals…today's trend for live events, with a live audience, is to be connected, to extend the audience above the walls of a stadium or a concert hall.
Icon Broadcast Group operated the live production of VESTROCK festival held in Hulst in the Netherlands. The event's focus is mainly about music, art & science and mixes together various kinds of music, performing arts, theater, street art, illusionists and more….a real place of expression for artists. The festivals' publicity is growing. The number of visitors increased tenfold since the start in 2010. The festival was nominated ten times for a European Festival Award and is in the top 10 of best European Boutique Festivals

Live Production over the Network

Icon Broadcast Group owns a NewTek TriCaster 8000, the most powerful system of the TriCaster ProLine. For the festival live production, the TriCaster was the centerpiece of the control room. The video mixer was receiving feeds from 12 cameras, including IP camera’s installed above the stage to shoot scenes from the top.

Paired with the TriCaster was LiveCG Broadcast, LiveXpert multi-layer graphic generator, a powerful system in a 1U rack with a dedicated interface to generate all kinds of graphics, crawlers, banners… to implement into a live production. LiveCG Broadcast works with any video mixer, and connects with all TriCaster systems through an IP connection. "One of the advantages of LiveCG Broadcast is that you can do your graphics and text during live production without interfering with it. You don't work on the system, you work on the network!"
Jan Warnier, CEO of Icon Broadcast Group, and his team did an unexpected and brilliant thing for this festival live production.
“To gain space in the control room and to make the production mobile and more versatile, we used IT virtualization techniques. We virtualized several systems on one physical server, including the Social Hub, the social media management system integrated in LiveCG Broadcast." 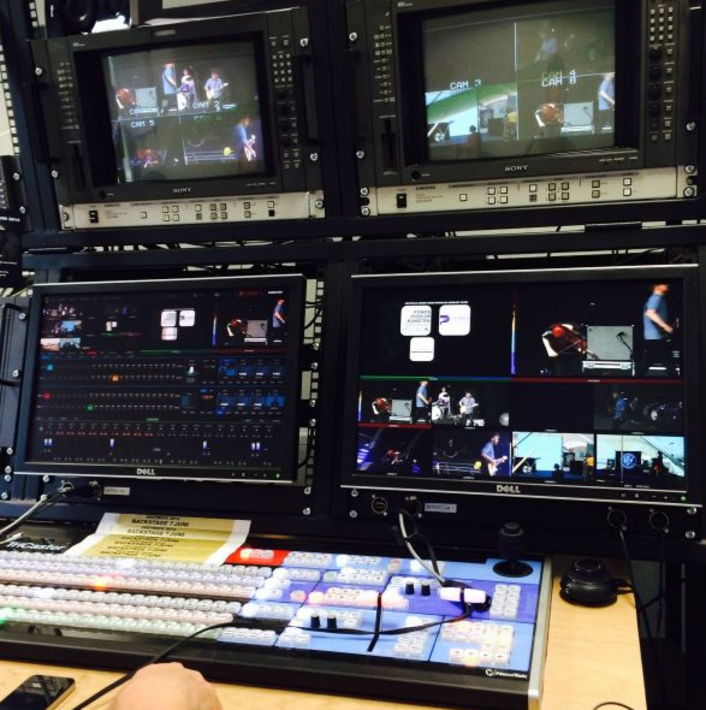 On another "virtual machine" they installed an android Operating system with WhatsApp application to receive text messages from the lost and found meeting point. Programming the Social Hub, along with other applications, made all these applications accessible from outside the OB Van, even from an iPad, in the Festival PR office or on the field.

When you think audience engagement, social media pops automatically in your head. What social media bring today to live productions is interactivity with the audience. You reach the audience in real time and you get an instant feedback from followers. Adding social media into a production is not that easy and generally involves high costs. LiveXpert is one of the actors in the video industry who thought about user-friendly, affordable and intuitive solutions.
LiveCG Broadcast includes an exclusive tool called Social Hub. The Social Hub is an application to be installed on an external computer, giving the ability to connect with a wide selection of social platforms, to receive feeds from them, monitor them, and send a selection of the messages to go live!

During VESTROCK Festival, the Social Hub was receiving RSS feeds and incoming messages from Twitter and Instagram. These feeds were sent live on several big LED screens on site. The LiveCG Broadcast was also used for the "Meeting Point", as a service, for broadcasting messages about children who lost their parents. Managed by the Festival's organizers themselves, messages from What'sApp were sent directly to the big screens without the need to go though validation by the PR officers who were in charge of the Social Hub

The Social Hub had two different purposes and was managed by two different teams. The incoming messages from Twitter and Instagram were managed and sent live by people placed all around the site.

Managing the messages in the Social Hub installed on a virtual machine made it possible to have the user interface available on any device and anywhere. The persons in charge of the Social Hub could manage and have a complete control over the Social Hub from any computer or any iPad, wherever they were on the festival site.

"When producing live, it's important to have everything ready before the show", says Jan Warnier "but most importantly not to be disturbed by any unexpected element during the live operation. With LiveCG Broadcast, my graphics and the social media interface were completely independent from the TriCaster."

Because Icon Broadcast Group has got some special skills and expertise in IT, LiveCG Broadcast was used at its best. Jan concludes that "Being able to work on the graphics, to make last minute changes, and connect with social media, without interfering with your live operations, and over the network, these are just a few key points making LiveCG Broadcast a professional tool, available at a consumer price! 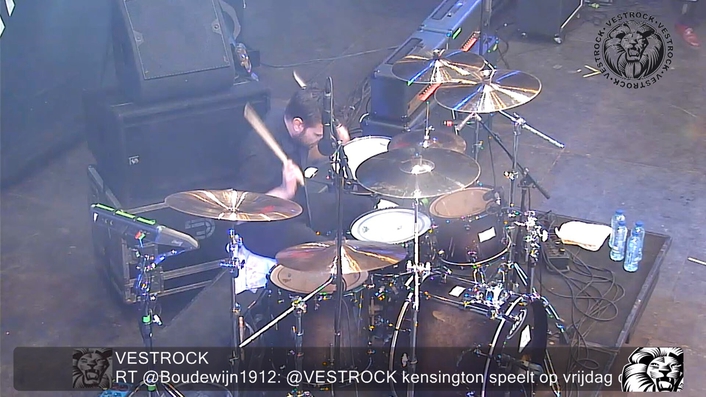 About Icon Broadcast Group:
Icon Broadcast Group (IBG) is a full service audio-visual production for broadcasting, creative audiovisual productions and video productions for events. Our services are based on four pillars: Quality, Creativity, Reliability, and Involvement. We guarantee an innovative approach that gives you a head start on our distinctive approach based on the latest techniques. We are a dynamic and innovative company that can facilitate in the areas of television programs, video recordings, corporate videos, video used for e-learning and events. IBG differentiates itself because of their flexibility and their knowledge to use and combine other network resources like IP / internet Solutions. We using “the power of Lean Computing®” delivered in cooperation with ForceFusion, a strategic partner from IBG.