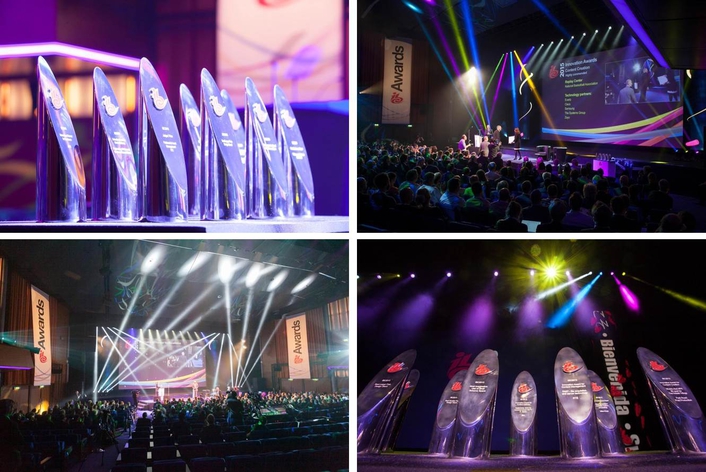 IP, 4K and OTT amongst industry trends tackled by entrants

The shortlist for the IBC2016 Innovation Awards has been announced. The nine finalists are from six countries, as far apart as China and the USA. Each reflects the way that technological advances are boosting the creativity and efficiency of the content industry. That is what lies at the heart of the IBC Innovation Awards: the application of the latest technology in the real-world. This year this translates to making content more engaging for viewers, offering new functionality in delivery and discovery, and helping creators work more efficiently.

“The IBC Innovation Awards are unique because we judge on the benefits each entry delivers to the end user,” said Michael Lumley, Chair of the judging panel. “Ultimately, the award is handed over on stage not to a company developing the newest widgets but to the broadcaster or media company which benefits from a real collaborative process to develop the best possible solution.

“That gets tougher to judge each year,” Lumley added. “This year’s finalists represent the state of the art in some of the hottest topics, like online delivery and Ultra HD content.”
There are three categories in the IBC Innovation Awards programme, for the best applications of technology in content creation, content management and content delivery. This year three projects have been shortlisted for each category, but the winners will not be announced until the IBC Awards Ceremony, at 18:30 on Sunday 11 September.

Content Creation
Two of the three finalists in content creation increase viewer engagement in sports television, although in very different ways. BT Sport wanted to add even more impact when it won the rights to cover European Champions League football, and added very sophisticated augmented reality elements to its studio coverage, including a signature shot flying over a map of Europe to the stadiums hosting each game. Working in a huge and largely black studio was a challenge for camera tracking company Ncam, who worked with Moov, RT Software and Timeline TV to create a solution.

Point of view cameras for sports are not new, but Pylon Camera, developed by ESPN, takes it to a new level. Replacing corner posts in the high impact sport of American football, Pylon Cam has to have crush impact zones to avoid injuring players, while still delivering multiple views from each pylon. The pictures are not only sensational, they have helped referees judge critical touchdowns in key games. Technology partners include BSI and Gilman.

The third finalist is the remarkable live IP studio built by the EBU and housed at VRT Sandbox in Brussels. Using open standards, it demonstrates interconnectivity between equipment from multiple vendors. More to the point, it shows that a real, working, uncompromised production studio can be built around IP workflows for live television. The long list of technology partners includes Axon, D&MS, Dwesam, EVS, Genelec, Grass Valley, Lawo, LSB, Nevion, Tektronix and Trilogy.

Content Management
Just as critical as creating excellent content is managing it to create compelling viewing. MoovIT Production Services was faced with the challenge of shooting the Endemol Shine Germany reality show Wild Island on two secluded islands off the coast of Central America, but hosting the post production in Cologne, Germany, to get the show to air. Working with EditShare, a remote workflow allowed the content to be secured in a hostile environment with an unpredictable power supply, and edited in Germany, saving 50% on standard time and resources.

Ketnet, the children’s channel from VRT in Belgium, has been transformed into an interactive, curated online experience. The first app was aimed at two to five year olds, and concentrated on stimulating educational experiences rather than simply offering programmes and clips. The solution was developed by local company Small Town Heroes, and proved an immediate success, with young viewers spending 50% of their time playing.

The third finalist takes us back to reality television, this time in China for Tencent Video’s production ‘The 15 of Us’. The difference is that Tencent is a video portal rather than a conventional channel, and wanted to make all 120 HD cameras and two 360˚ cameras available at all times – 3,000 hours of content a day for a full year. They worked with technology partner Grass Valley to manage the content for editing, packaging and approval.

Content Delivery
BT Sport has a second spot on the shortlist, this time for a delivery solution. In 2015 it launched BT Sport Ultra HD, and since then have produced a large number of sporting events in 4K, including football, rugby, MotoGP, squash and NBA basketball. The company worked with its outside broadcast partner Timeline Television to build Europe’s first Ultra HD 4K truck, including cameras from Sony and a SAM switcher.

Swisscom is looking forward to a future where much television may be viewed on demand rather than on a linear schedule, and considered how it could help consumers discover the content they like. Working with ThinkAnalytics, it developed a new user experience which allows users to browse through all the content shown on more than 250 television channels, with personalised recommendations, and all working seamlessly over Switzerland’s four languages.

For the final nominee the judges returned to sports once more, this time to UEFA, the European football governing body. Recognising that football fans want much more than just simple coverage of the game, UEFA worked with technology partners deltatre, EVS and the EBU to develop its Next Generation Services Project, delivering a host of additional content from data feeds to multiple angles and linked second screen experiences, allowing rights-holding broadcasters to build viewer engagement for the Champions League.

Ceremony
The winners of the IBC2016 Innovation Awards are a closely guarded secret until the awards ceremony, which takes place during IBC2016 at 18:30 on Sunday 11 September, in the Auditorium of the Amsterdam RAI.
This lively and fast-paced show includes some audience surprises and highly entertaining offerings as well as the presentation of all of IBC’s awards, including the Judges’ Prize – also in the gift of the same panel of international editors and consultant who selected the Innovation Awards – and the IBC International Honour for Excellence.
The ceremony is free to all IBC visitors and always proves a popular event.