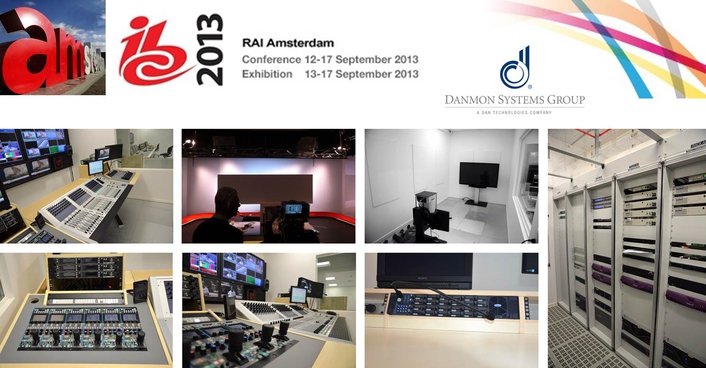 Danmon Systems Group will exhibit its full range of systems integration services on stand 8.B51 at IBC
Danmon Systems Group is one of the world's most experienced providers of systems integration support to television and radio broadcasters, postproduction houses and professional audio studios, as well as the corporate, academic and government sectors. DSG's fields of activity include every aspect of broadcast and electronic media technology, from consultancy to production and postproduction, transmission and archiving, encompassing video, audio, graphics, streaming, audio visual and multimedia applications.

DSG has completed many successful projects over more than 25 years.  Recent successes include: