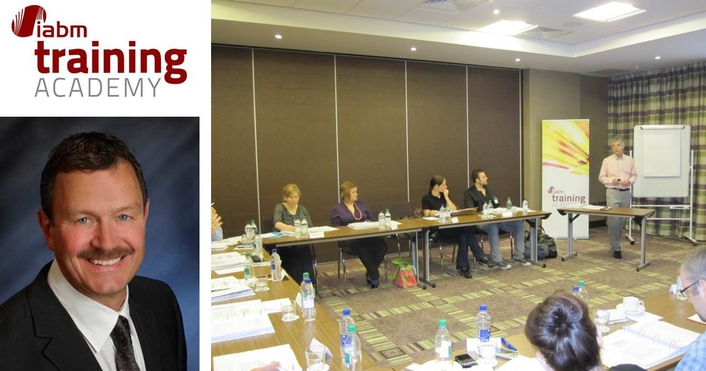 Course Is the IABM Training Academy's First Offering Adapted for German Audience and Industry
The IABM (International Association of Broadcasting Manufacturers) Training Academy today announced that it will offer its "Broadcast and Media Technology — Understanding Your Industry" course at two venues in Germany. German media industry expert and trainer Jürgen Burghardt will run the two-day course, which will be offered in German July 18-19 in Munich and Dec. 5-6 in Cologne.

The course is ideal for broadcast staff, technology suppliers, post-production personnel, and other professionals who require an appreciation of broadcast and media technology as opposed to an in-depth understanding of it.

"We've received very positive feedback about this introductory course, which has run in the U.K. for more than a year now, and we're excited to be introducing a new version tailor-made for staff at Germany's broadcast and media companies," said IABM Director General Peter White.

"Targeted to administrative and managerial staff working in areas including marketing, sales, support, purchasing, commercial, and human resources, the course will give attendees the opportunity to improve their knowledge base significantly within a conveniently short time frame. Students will gain new familiarity with broadcast technology, its associated terminology, and the role that technology plays in the business in which they operate."

The Munich course will be held at the Mercure Munich Airport Aufkirchen, and the Cologne course will be held at Cologne Marriott Hotel. In the U.K., the course also will continue to run in English, with the next offering scheduled for Nov. 14-15 in Reading. Online registration and more information about the IABM Training Academy and its range of classroom and online courses are available at www.iabmacademy.org

About The IABM
The IABM, the International Association of Broadcasting Manufacturers, is the authoritative voice of the broadcast and media technology supply industry worldwide. Its wide range of services to members encompasses market research and intelligence, expert representation at standards bodies and broadcasting unions, executive networking opportunities, and preferential purchasing. A presence at every major broadcast tradeshow, the IABM also provides a valuable channel for communication between broadcast manufacturers, government, and regulatory bodies. Additional IABM activities include awards programs for innovation and scholarships designed to stimulate the development of the broadcast and electronic media industries on an international basis.