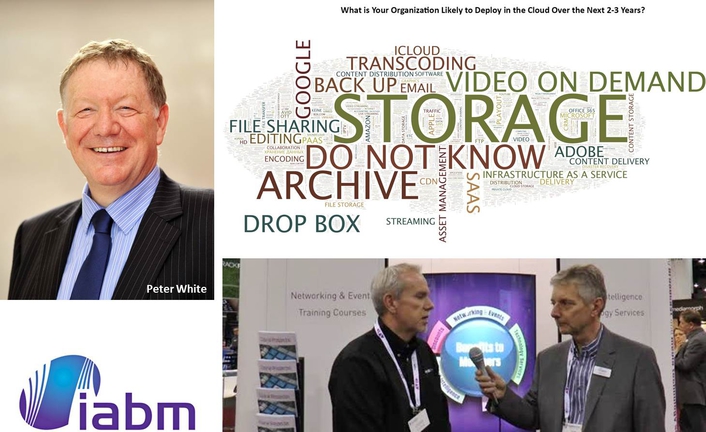 The Reinvention of the Broadcast Industry
At the organization's 2013 NAB Show conference session, held April 8 in Las Vegas, the IABM (International Association of Broadcasting Manufacturers) released the latest data gathered from the IABM End User Report, Industry Index, and Benchmark Report. This market intelligence on the state of the industry complemented the panel dialogue, in which executives from leading media technology supply companies discussed and debated the reinvention of the broadcast industry.

"Over recent months the growth in overall sales in the market for broadcast and media technology products and services has steadily improved to 4.7 percent per annum," said IABM Director General Peter White, describing highlights of the new IABM data. "This is the highest annual growth rate since October 2011. However, profits are still falling in real terms and are down 12.7 percent when the latest company records are compared with those for the previous year. Total sales for the sample companies amount to more than $8.7 billion based on 46 sets of qualifying company results."

"Aggregate operating profit-to-sales is running at 12 percent, although this masks the fact that in overall terms the small- and medium-sized businesses (SMEs) are loss-making and the profit-to-sales ratio is -2 percent. Two-thirds of the companies reporting are showing an operating profit in the past 12-month period," added White. "Over the past four months, the growth rates of larger companies have continued to rise while those of the smaller companies have fallen sharply. In this Industry Index, large companies are growing at 5.4 percent compared with -5.4 percent (coincidentally) for the SMEs."

Following White's presentation of these and other key research findings, John Ive, IABM director of business development and technology, led a panel discussion among senior industry executives Brick Eksten, founder and CEO at Digital Rapids; David Ross, CEO of Ross Video; Louis Hernandez, president and CEO at Avid; and Geir Bryn-Jensen, CEO at Nevion. The four panelists addressed different aspects of the industry, from creative production through to distribution. All acknowledged that in these times of financial and technology volatility, investment decisions depend more than ever on good objective industry information and close relationships with end users. In fact, they repeated a theme heard elsewhere — that the nature of selling is moving toward long-term partnerships with customers. 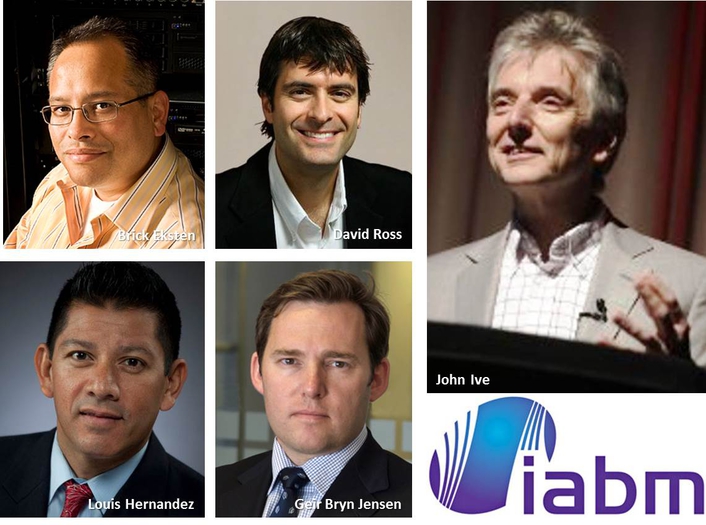 Commoditization of technology also featured in the discussion. Several panelists felt this shift represents an opportunity rather than a threat; however, they agreed that business models need to change if companies are to benefit.

Moving beyond these topics, all panelists were open about their vision of the industry going forward and how they intended to respond. In short, that response involves breaking down many of the divisive approaches both within and between organizations to realize a more collaborative approach.

About the IABM:
The IABM, the International Association of Broadcasting Manufacturers, is the authoritative voice of the broadcast and media technology supply industry worldwide. Its wide range of services to members encompasses market research and intelligence, expert representation at standards bodies and broadcasting unions, executive networking opportunities, and preferential purchasing. A presence at every major broadcast tradeshow, the IABM also provides a valuable channel for communication among broadcast manufacturers, government, and regulatory bodies. Additional IABM activities include awards programs for innovation and scholarships designed to stimulate the development of the broadcast and electronic media industries on an international basis.