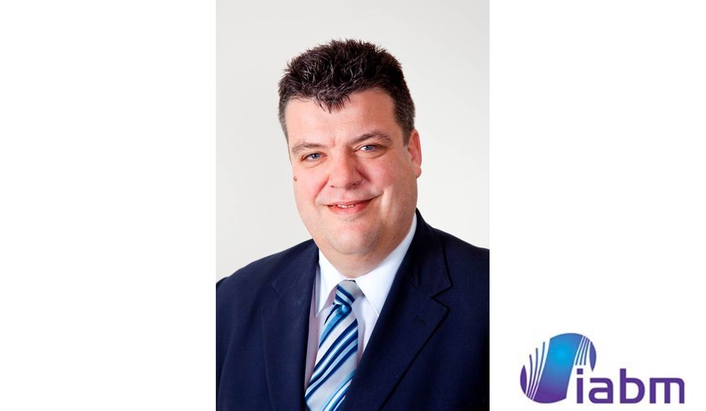 Jan Eveleens, the new board chairman, is the CEO of Axon Digital Design
The IABM (International Association of Broadcasting Manufacturers) has elected the 15 new members of the IABM board for 2012 and 2013. Announced at the IABM Annual General Meeting in December, the new board, led by Chairman Jan Eveleens of Axon Digital Design, is responsible for the governance of the IABM and approval of the strategic plan and operational budgets.

"The newly elected IABM board brings great energy and immense industry knowledge to the table and will be pivotal in helping steer the Association in its ongoing task of representing and supporting the broadcast and media technology supply industry," said Peter White, director general at the IABM. "In the past couple of years, the IABM has extended its worldwide reach and launched some critical educational initiatives and awards programs, and the new board will be invaluable in building on these successes through 2012 and 2013."

Eveleens, the new board chairman, is the CEO of Axon Digital Design. Earlier, he was a member of the Grass Valley executive management team and was responsible for the company's broadcast camera division. He started his career with Philips Electronics, where he was deeply involved in D2-MAC, PALplus, HD-MAC, and DVB/MPEG-2 transmission systems, as well as conditional access systems and watermarking solutions.

About The IABM
The IABM, the International Association of Broadcasting Manufacturers, is the authoritative voice of the broadcast and media technology supply industry worldwide. Its wide range of services to members encompasses market research and intelligence, expert representation at standards bodies and broadcasting unions, executive networking opportunities, and preferential purchasing. A presence at every major broadcast tradeshow, the IABM also provides a valuable channel for communication between broadcast manufacturers, government, and regulatory bodies. Additional IABM activities include awards programs for innovation and scholarships designed to stimulate the development of the broadcast and electronic media industries on an international basis.