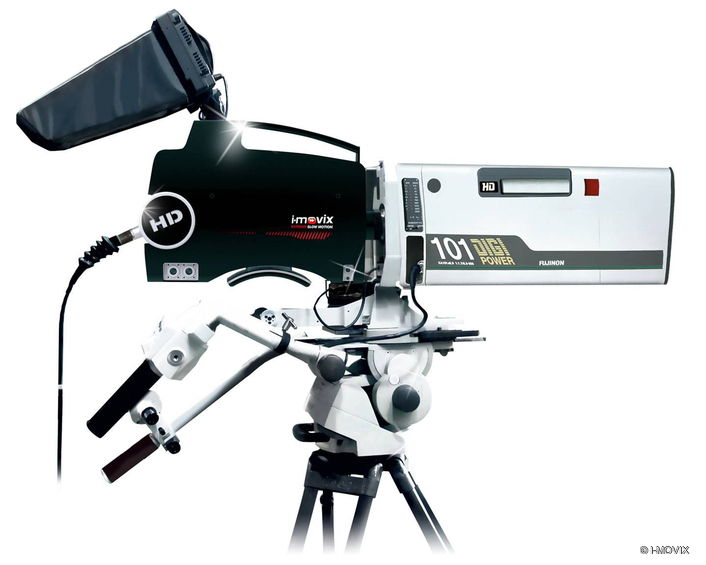 Specially designed for live broadcast use

Combining the renowned quality and usability of I-MOVIX's award-winning SprintCam technology and Vision Research's Phantom® v series camera range, SprintCam Vvs HD operates at frame rates from 25 to 2,700 fps in 1080i50 or from 25 to 5,800 fps in 720p60, and provides instant replay at native HD resolution and image quality.

"Working with I-MOVIX allows Vision Research to continue to focus on what we do best — building digital high-speed cameras," said Rick Robinson, vice president of marketing, Vision Research. "Over the past few years, these cameras have seen growing use in ultra-slow-motion applications for broadcast. We've added some features to the cameras to make them more appealing in the broadcast market, but rely upon partners like I-MOVIX to help provide a true 'broadcast ready' solution."

Specially designed for live broadcast use, SprintCam Vvs HD can be specified in a standard camera version or optimized for shoulder-mounted portable shooting, providing an outstanding level of convenience and creativity in ultra-slow-motion action. Some of the new features include a dual output allowing the camera operator to shoot and record at the same time, segmented memory, a replay variable speed function for setting up speed-ramps in playback to seamlessly transition from live action to super slow-motion and back), and integration of both live- and replay-view on the viewfinder.

The SprintCam Vvs HD is available for sale

"Our relationship with Vision Research extends the range of choices available to customers seeking an industry-leading UltraMotion system," said Laurent Renard, CEO of I-MOVIX. "Vision Research's latest-generation Phantom camera delivers very high performance and is the camera-of-choice for many broadcasters and filmmakers. Now customers will be able to use Phantom as part of a fully integrated and easy to use broadcast-ready SprintCam system. The SprintCam Vvs HD is available for sale as a fully broadcast-integrated out-of-the-box product or, for those who already own a Phantom camera, as a customized full broadcast integration solution."

Gearhouse Broadcast is the first offical distributor in the US

I-MOVIX is pleased to announce that Gearhouse Broadcast, located in Burbank, California, is the first official distributor of the SprintCam Vvs HD in the United States.

The Wayne, N.J.-based company prides itself on the sensitivity, high resolution, and image quality produced by its systems as well as the robust software interfaces, reliability, and versatility of its camera family — all which continue to stand as benchmarks for the highspeed digital imaging industry.

Vision Research digital high-speed cameras add a new dimension to the sense of sight, allowing the user to see details of an event when it's too fast to see, and too important not to™.

I-MOVIX (www.i-movix.com) is a Belgian company with leading technology in the domain of extreme slow-motion (from 150 to 10,000 fps). The company's products, the SprintCam line, are the first true full broadcast integration solutions for ultra slow-motion, offering the unprecedented combination of very high frame rates and instant replay. The technology has applications in live sports and other live TV productions, as well as in commercials, documentaries, feature films, and scientific R&D.

The company is headquartered in Europe, with a growing global network of distributor partnerships.