I can do lighting. Clay Paky meets LD Ken Billington

Lights-Up is one of a series of workshops designed by Clay Paky to share exemplary stories and successful case histories here in Italy and throughout the world. The most recent events in the series have included workshops by Patrick Woodroffe (a lighting designer in the worlds of music, fashion, art and architecture) in Turkey on 10 November, Al Gurdon (specialized in large productions and music shows including the MTV Awards, Eurovision Song Contest and the opening and closing ceremonies of the 2012 London Olympic Games) in Spain on 18 November, and now this one by Ken Billington at the Clay Paky offices in Italy.

Since Billington was born in 1946, he is able to give a truly extraordinary first-hand account of how Lighting has changed in the past 45 years. He told us ironically that he became interested in lighting design at the astonishing age of nine years old and has never stopped since then! After years of working with a high school amateur theatre group, he began to attend courses organized by the Lester Polakov Studio and Form of Stage Design and regularly attended Manhattan theatres where "I sat and carefully watched load in and technical rehearsals and all that was happening, even for whole days, until one day I turned to the person I had followed most carefully and asked her if I could work for her. I was nineteen years old with no qualifications, but the legendary, innovative lighting designer Tharon Musser took me on to work with her.”

The musical A Chorus Line, which Tharon Musser lit, was the first production on Broadway to use a computerized console.

“Tharon Musser put me to work at the American Shakespeare Festival in Stratford, Connecticut, and I later became her assistant on Broadway for several years until she prompted me to go it on my own." 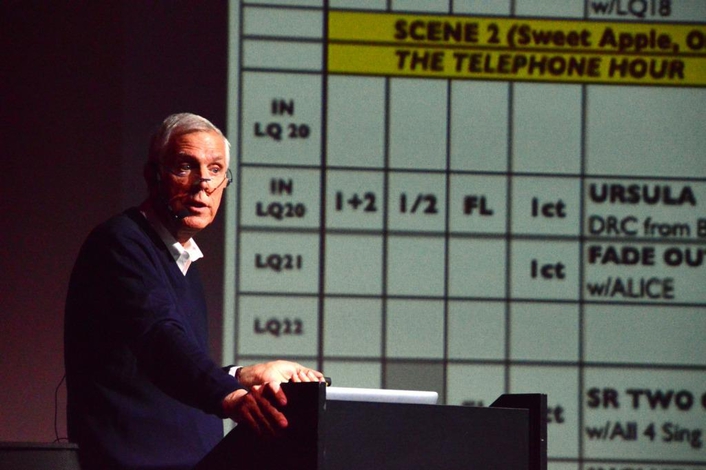 Ken Billington started his solo professional career at 22 years old, doing work ranging from theatre, opera and television productions to architectural lighting and theme parks, and won several accolades and awards. However Billington's claim to fame is the 96 Broadway productions he has lit, including Sweeney Todd, and Chicago, the longest-running American musical in history.

The 1972 musical Don't Bother Be, I Can't Cope was the first Broadway production Billington supervised personally. His explanation of his methods and the way he reads technical drawings seemed almost at odds with the idea of the free, personal creation of a lighting design.

Much more simply, "the complex paperwork meets the show production demands, and the need for efficiency imposed by the enormous investments in the Broadway theatre industry. It discourages any entirely improvised creative process. This work however does not interfere with the emotional processes of designing and creating the various lighting environments in the show. If it is necessary to make changes to improve the show or respond more accurately to the director's vision, all the paperwork is immediately adjusted.”

When he started working on Broadway, everything was processed and checked manually. Over the years, Ken Billington has not only welcomed the growing electronic revolution in the field of equipment, but has personally, impatiently promoted the development and spread of new lighting technology on Broadway thanks to active cooperation with manufacturers.

Last November, Ken Billington was elected to the Theater Hall of Fame on Broadway. 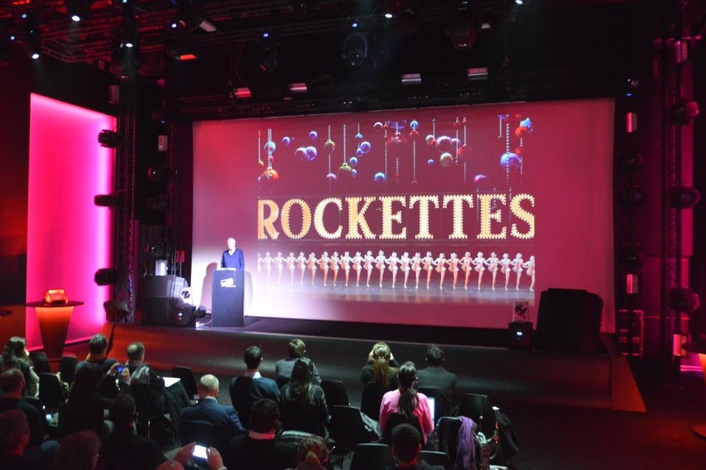 In addition to Ken Billington's workshop, guests were able to see a demo of Clay Paky's most interesting innovations. They visited the still growing Biblioteca della Luce (Library of Light) and went on a guided tour of the MoMS (Museum of Modern Show-lighting), which recently opened in the company. Through interactive rooms devoted to specific themes, the museum retraces the most significant steps the moving light industry has taken since the middle of last century to the present day.