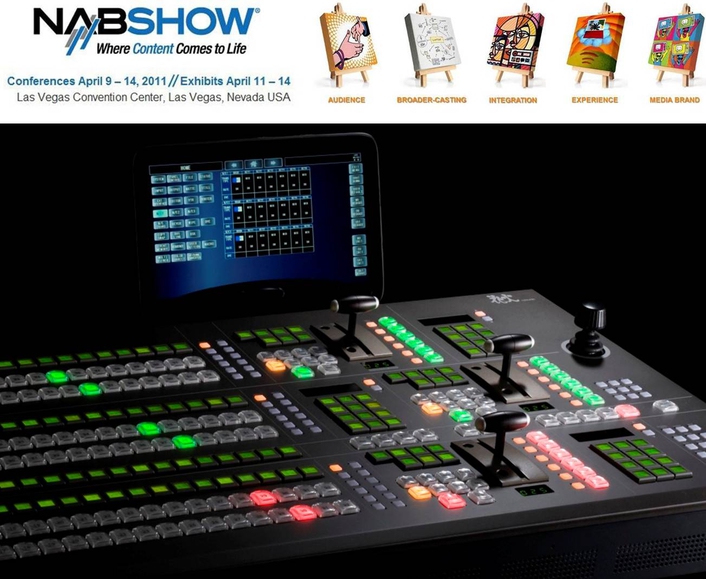 Multi-Format Switcher Available in 2 M/E, 2.5 M/E, and 3M/E Versions, Offers Options for 3D, 3 Gbps Production
FOR-A, a leading manufacturer of video and audio systems for the broadcast and professional video industries, will showcase its new HVS-4000 multi-format video switcher at the at the 2011 NAB Show, which runs April 11-14 at the Las Vegas Convention Center in Las Vegas, Nev. (Booth C5219). Available in 2 M/E, 2.5 M/E or 3 M/E models, the switcher is loaded with standard features to handle complex video productions, and offers optional support for 3 Gbps* and 3D production.

“The new HVS-4000 was designed to handle a variety of production challenges,” said Pedro Silvestre, Sales Director, FOR-A Corporation of America. “With options that can support 1080p* and 3D production, our switcher can easily grow with our customers as their production needs evolve. Customers can also easily upgrade to a 3 M/E model from a 2 M/E version.”

With its optional stereo 3D function, the HVS-4000 can handle the left and right video from a stereo camera as a pair, allowing the operator to switch or invert video, add delays, and adjust parallax. The M/E count does not change even if used as a stereoscopic 3D switcher.

• Optional color corrector can be added for inputs, bus line and AUX.

• DVEs can be applied to each bus for transitions.

• Event memory capable of registering all types of parameter settings. Up to 1000 events can be registered.

The HVS-4000 will be available this summer.

FOR-A Corporation of America is a major manufacturer and distributor of video and audio systems to the broadcast, postproduction, and professional video markets.