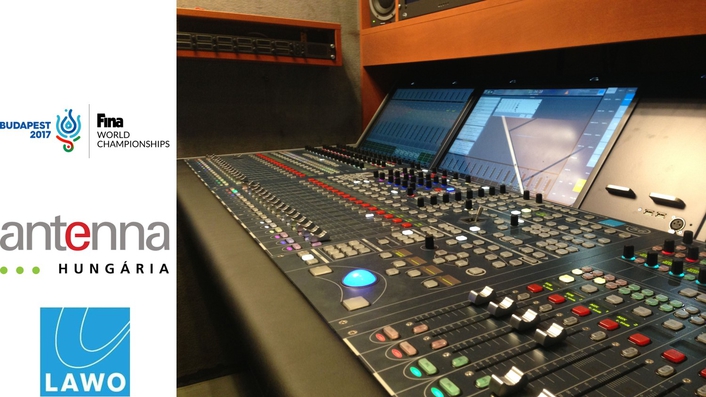 Antenna Hungaría is Hungary’s premier OB company, providing services to third-party broadcasters as well as for its own terrestrial TV and radio operations, and satellite channels. Recently, Antenna team members visited Lawo’s headquarters in Rastatt, Germany, for the handover of four Lawo consoles that are to be incorporated into the fleet. With a total of 12 OB Vans in action – most equipped with Lawo audio mixing – and a new one under construction, Antenna will be fully engaged in managing broadcast signals for the upcoming 2017 FINA World Championships to be held in Budapest and Balatonfüred.

As part of refurbishing existing and building new OB Vans, Antenna Hungaría is ensuring all trucks are capable of handling the most demanding productions. The latest delivery of Lawo mixing consoles comprises three 48-fader mc²56 and four mc²36 desks (three with 16 faders and one with 40 faders), as well as Lawo Commentary Units (LCU), Compact I/Os, V__pro8s, Nova73 audio routers, DALLIS stageboxes and A__madi4 Audio-to-IP interfaces. All OB Vans rely on the VSM Broadcast Control and Monitoring System for unified control. With this update, Antenna Hungaría will have five Lawo mc²36 and three mc²56 mixing consoles in use.

Zoltan Tihanyi, Senior Audio Manager with Antenna Hungaría, comments: “We work with Lawo equipment because of the reliability and flexibility, as well as the system integration possibilities. We also choose Lawo because of their ease of operation – running VSM and Lawo audio equipment in our OB Vans, we only have to teach one system to our operators and they can work on the whole fleet. Additionally, we can easily integrate the Lawo workflow in our daily work, which reduces setup times.

“We use Lawo consoles for several types of jobs, like entertainment shows, sport broadcasts, musicals, theatre shows, multitrack recording,” he adds. “I like their sound and the ease of working with them.”

As part of the recent commissioning, Antenna Hungaría has benefitted from the extended functionality of Lawo’s V__pro8 video processing toolkit. “We started to work with Lawo when the V__pro8 was launched to the market,” says Tihanyi. “Using it gives us much deeper system integration than we have had previously. We use the V__pro8 for several purposes, like embedding, de-embedding, cross-converting, plus Dolby E management is done exclusively on V__pro8.” 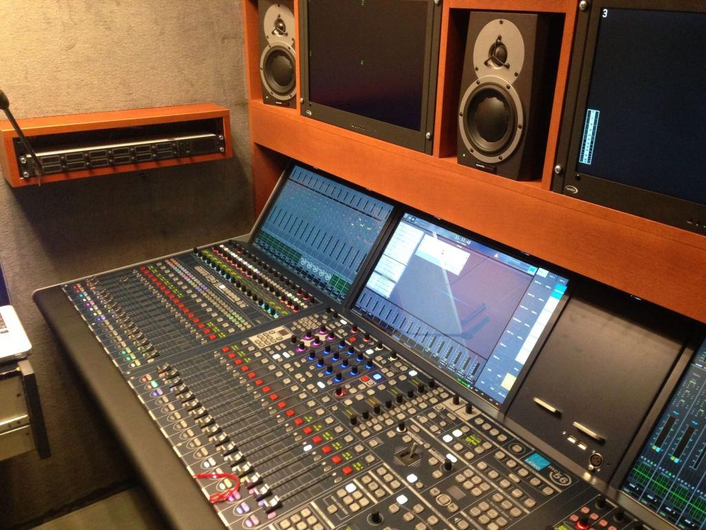 Right now, Antenna Hungaría is building a new truck – initially for 16 cameras but that can be extended to 20 – which houses a mc²56 audio console with three DSP cards and 18 MADI ports: “This new truck will be used first time for the host broadcast of the World Aquatics Championships in Budapest. We have used RAVENNA in order to integrate the whole audio system into an IP network, which gives us a lot of freedom especially when you have to cover long distances,” Tihanyi, comments.

Antenna will use Lawo-equipped OB Vans for producing all of the broadcast signals during the 2017 FINA World Championships, which run from 14-30 July at Budapest and Balatonfüred.