HSL Starts the Year Announcing Another £2 Million Investment in Kit 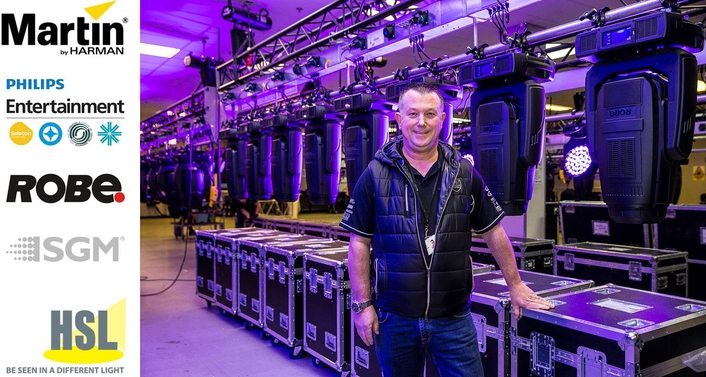 Blackburn UK based lighting and visual rental specialist HSL continues on the proactive investment path it followed throughout 2015, with another £2 million spent the last two months of the year, spread between a number of premium lighting brands including Martin by Harman, Philips, Robe and SGM.

HSL became the latest UK rental company to purchase Robe’s 1700Watt BMFL Spot moving lights with 50 units joining the rental stock, which went out on a variety of projects. “They were being demanded on so many riders” commented HSL’s MD Simon Stuart, “That we needed them on-board and available”.

More Robe DL range luminaires – built specifically for theatre applications - include a mix of DL4X LED spots and DLF LED washes. These, together with CycFX 8s and LEDWash 1200s were purchased to facilitate HSL’s constantly busy theatre division, which included 30 festive season pantos … on top of all the regular touring theatre productions.

Another 60 x SGM G-Spots are added to the growing inventory of IP rated fixtures!

These are on top of the 40 purchased in September 2015 that formed part of the stunning lighting scheme on the roof of the O2 Arena in London for the duration of the Rugby World Cup which was designed by Projection Artworks and lit by Tim Routledge.

The 100 active HSL G-Spots are not alone when it comes to the SGM shopping list … with no less than 250 x Q7 LED floods also purchased …  and directly sub-rented to a high profile installation in central London!

All these SGM units are becoming an integral part of HSL’s rapidly expanding Temporary and Permanent Architectural Lighting division which features a full data and mains infrastructure with specialist mains distribution.

“There’s real demand for the right kit in this section of the market” says Simon “and we can offer the best!

“We’ve taken a lot of time to design and build what we believe are the right products for this environment, facilitating the supply and support of projects and large scale events like the above mentioned O2 installation to those relating to urban or building beautification and regeneration where the lighting of public art is central.”

Another Forty Showline SL BAR 640 and 80 x E-Strip 10 LED battens … were added to Simon’s trolley, all of which were deployed up and down the country on a multiplicity of pantos from Snow White to Cinderella.

Fifty-two new Philips Showline SL BEAM 300 fx spot and wash moving lights came to the warehouse and went straight out on tour for a routine hammering – like all the other kit - on the Prodigy tour, with spectacular lighting by LD Andy Hurst. 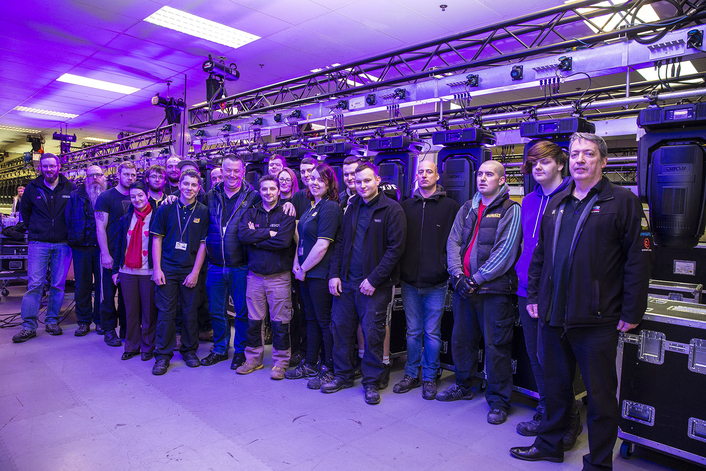 Forty Base Hazer Pros, 20 x Base Classic foggers, 20 x Base high powered foggers and 12 x Base touring smoke machines combined with fans … were joined by another four JEM Glaciator X-Streams … and 10 x MDG Atmosphere Haze machines all of which will ensure that the fantastic atmosphere for which HSL is renowned … is maintained with enthusiasm and style!