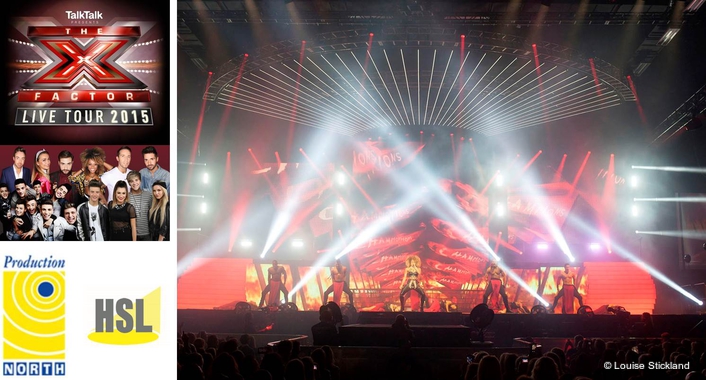 .
This year’s X-Factor Live tour featured an outstanding collection of new artists including the amazing Fleur East and 2014 X Factor Winner, Ben Haenow, who showcased their copious talents in a fast paced performance together with a vibrant and fluid visual environment produced and choreographed by Beth Honan and lit by Peter Barnes.

Lighting equipment was supplied by Blackburn based rental specialist HSL and the show enthralled and entertained sold out arena audiences across the UK for six weeks.

The tour’s technical direction was by Production North for Syco and Production Manager on the Road was Mike Clegg.

HSL has worked on the last few X Factor Live tours and seen the production values increase year-on-year as the live tour concept has proved every bit as popular as the TV show and a great showcase and learning curve for the new talents to start reaching out and building their own fanbases. 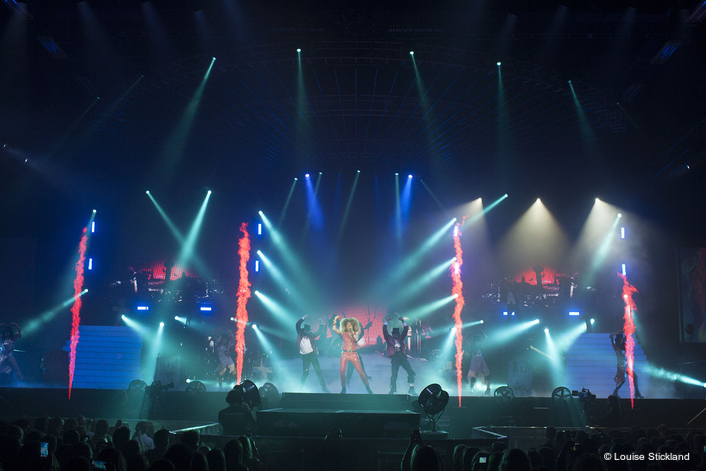 This year, Fleur and Ben were joined by Andrea Faustini, Jay James, Lauren Platt, Only The Young, Stereo Kicks and Stevi Ritchi in a show-stopping, hi-energy maelstrom of colour, movement and epic music.

Peter’s main challenge with lighting was to retain a televisual feel that threaded back to the series whilst creating no less than 30 lively and varied music numbers, all of which needed their own distinctive oeuvre.

He programmed the show with Dom Crooks who operated for the tour and worked alongside HSL’s crew of Johnny Harper (Crew Chief), Matt Brown on dimmers and technicians Stuart Picton and James Townsend. 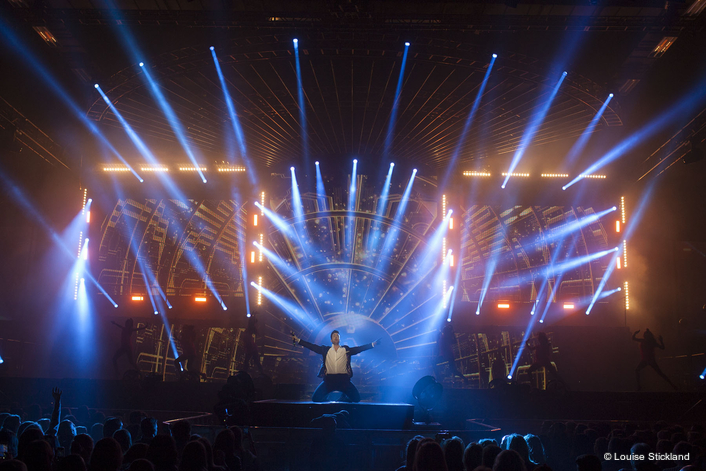 A major structural change from last year was the replacing of LED columns that had flanked the main central onstage video screen by two rectangular LED screens. Some of the vertical trusses that had been in between the LED columns were retained to provide back lighting, and new positions were added by trussing ‘goal-posts’ that framed the two outer screens on three sides.

The front truss was split into two – stage left and right – and augmented with two curved trusses onstage bordering the upstage and downstage edges of a video strip ceiling, and there were also two side trusses.

Moving lights on the front truss comprised 16 x Vari*Lite 3500 Washes, eight a side, and six Martin Vipers (three per side), together with 12 x linear 4-lite Moles. 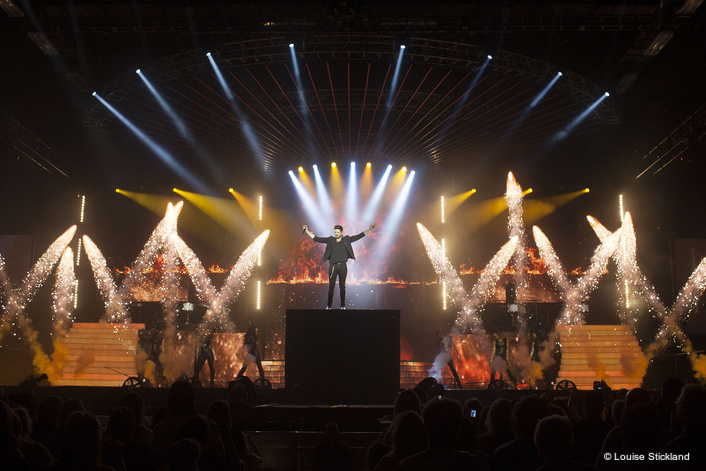 On the most downstage – and larger – curved truss were eight Clay Paky Sharpies. Upstage of that on the back circular truss were another five Sharpies and four Sharpy Washes.

The two side trusses were each rigged with four VL3500s, and primarily used for dancer key and side-lighting as 11 dancers featured throughout the show.

The three screens at the back were delineated by the four 4 metre high vertical trusses, each loaded with three Sharpies, two Philips Nitro Strobes and two active Sunstrips, all providing a good variety of upstage dynamics.

More MAC Vipers were deployed around the goal posts framing the outer screens plus 10 more Sunstrips each side, ten more Sharpies per side and another six Nitros on each.

With around 55 Sharpies on the rig – proving themselves as useful and effective as ever - eight of these beamers were dotted around the floor, four behind and four in the front of the set, together with another six VL3500s which provided a layer of more subtle and contrasting low level lighting.

The central video screen onstage split in the middle and tracked to the sides for stage entrances and exits. The void behind was filled with a selection of fixtures including 12 x Chauvet Magic Panels, six MAC 101 LED washes and two MAC III AirFX moving lights which were programmed to produce a variety of effects and back-of-camera filler-looks for the IMAG shoot.

Above the B stage – located amidst the audience in the larger venues – a U-shaped truss was flown, rigged with six VL3500 Washes, four Sharpies and a Viper, supported from the ground by eight Sharpies, four Robe LEDWash 600s, two Nitros … and 12 x 4-lites which blasted up though the Perspex floor. 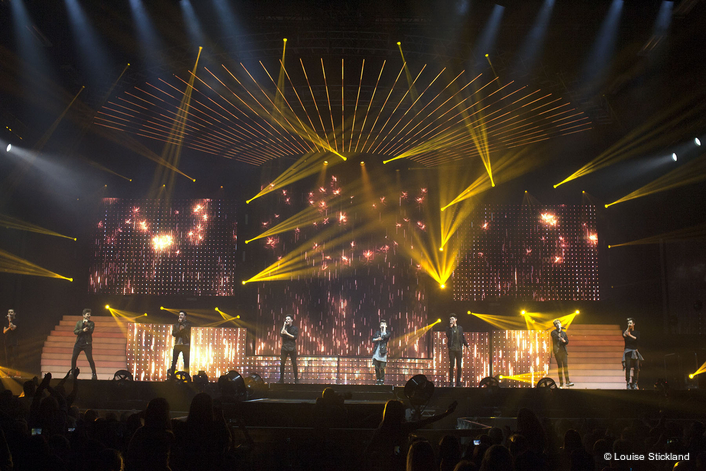 Dom Crookes ran all lighting from a Hog 4, his console of choice.

He and Peter spent several days in HSL’s WYSIWYG studio ahead of a week of production rehearsals at Litestructures in Wakefield.

“The service from HSL has been brilliant,” he comments.

HSL MD Simon Stuart comments, “It was great to be involved with another excellent X Factor Live tour from Production North and we were all super impressed with the wide range and incredible variety of looks and ambiences that Peter created with the rig. Every lighting fixture worked really hard and it was crafted with finesse and thought”.

HSL Has The X-Factor Live!
HSL Shares the Power of Love with Sam Bailey
HSL Lights for Massive Attack Tour