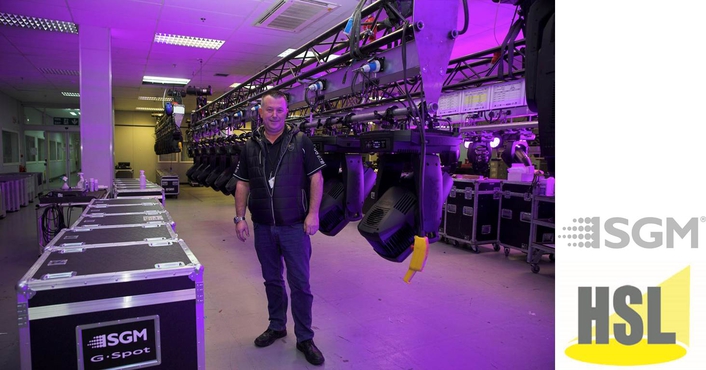 The fast growing HSL Group has confirmed that its inventory of SGM G-Spot IP65-rated LED moving heads has now topped 100 units — in addition to the many low-profile SGM architectural LED fixtures in its hire fleet.

After investing in an initial batch of 40 to enable them to undertake projects at high profile locations such as Alton Towers, a further 60-plus units were requisitioned for use on the top of the London O2 Arena during the recent Rugby World Cup — at the request of Projection Artworks. Here they memorably delivered the flower effects onto a ‘canvas’ in support of the English rose — an O2 sponsored project, claimed to be the world's largest projection in terms of light output (totalling 1.42million lumens).

HSL’s astute managing director Simon Stuart recognised that G-Spot, attached to the O2’s masts, would comfortably withstand all weathers over the seven-week period of the tournament, and especially the high winds … without the need for a protection dome.

“The roof can attract high wind speeds and most of the domes available won't withstand a buffeting of that nature. As the G-Spot is IP65-rated it doesn't require a weather dome and so was ideal.”

Project lighting designer, Tim Routledge, agreed.  “The lights had to be waterproofed and reliable at over 70m above ground, exposed to all the elements. The traditional methods of inflatable domes were just never going to survive the wind — and we needed a fixture that could deliver the key creative and practical requirements. There is only one fixture currently in the world that can do that – the SGM G-Spot.” 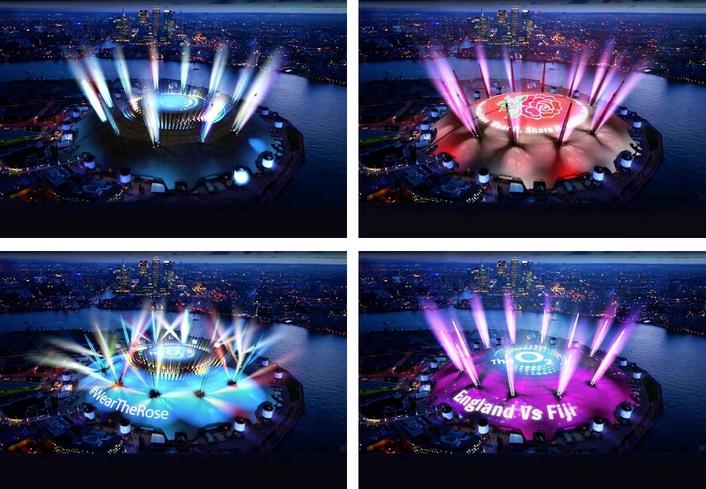 Simon Stuart believes, however, that the functionality of G-Spot still has further potential. “People think of it largely as a fixture for festival stages because of its IP rating — but it is a great general purpose touring light which has been out on a wide range of duties for us, from the two CarFests (North and South) to lighting tall communication masts.

“The brightness has opened up a lot of LDs’ eyes. We think of it first and foremost as a very good light — its IP rating is a bonus.”

HSL’s anticipated winter workload for the G-Spot is likely to eclipse even the demand of the 2015 summer festivals. “With so many projects running between October and March, and particularly over the festive season — which people like to enhance with visual elements — we didn't want to keep putting lights into domes.”

In fact so much faith does HSL have in the outdoor future with SGM that a dedicated IP-rated cabling and infrastructure division has been set up specifically to manage and co-ordinate all the external projects in this dome-free environment.

A large amount of the HSL Group’s IP65 rated lighting now comes from the catalogue of SGM, and also includes P-2 wash lights and Q-7 combination floods, strobes and blinders … in addition to the G-Spots.