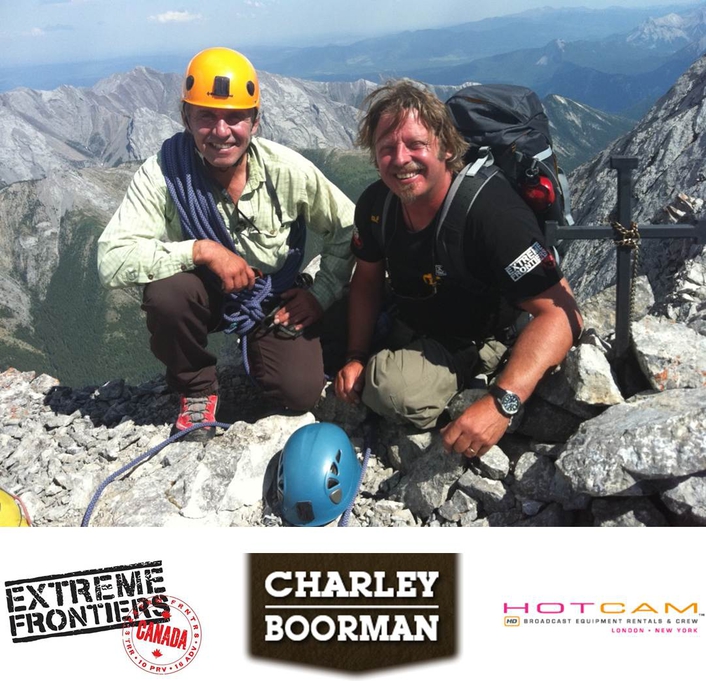 The 4x60-min HD show, which is currently airing on Channel 5, sees presenter Charley Boorman journey across the wilds of Canada on motorbike, taking part in 20 hair-raising escapades along the way.

Armed with their XF305s, Boorman and his intrepid crew covered more than 5,000 km during production and encountered some of the most extreme conditions on earth: sailing through Icebergs, pot holing 364m underground, kayaking with killer whales and climbing the 2,700m high Mount Fable.

Because of the difficult filming conditions that the crew would face, the biggest challenge for Hotcam was making absolutely sure that the camera kit was in perfect condition before it went out.

“As the shoot was thousands of miles away in Canada we knew we couldn’t have any errors or technical problems as there would be virtually no way of solving them once the crew were on location,” explained HotCam general manager Vicky McMahon.

“To make sure everything went smoothly we had our engineers check the kit fully and worked closely with Paul ‘Mungo’ Mungeam, the DoP, to make sure it was carefully packed, with enough protective casing for the extreme conditions that Canada would present.”

The Canon XF305 is a file-based camcorder that combines an MPEG-2, 50Mbps, 4:2:2 codec with a Canon L-series lens and 3 Full HD CMOS sensors.

Discussing the choice of camera, McMahon said: “Ultimately, the XF305 was perfect as it was small, compact, and had no heads to get damaged, frozen or broken in what was a seriously difficult filming environment.”

Big Earth producer/director Russ Malkin aded: “It was great to work with HotCam. They were fast, efficient, had great prices and the Canon XF305 was a star.'