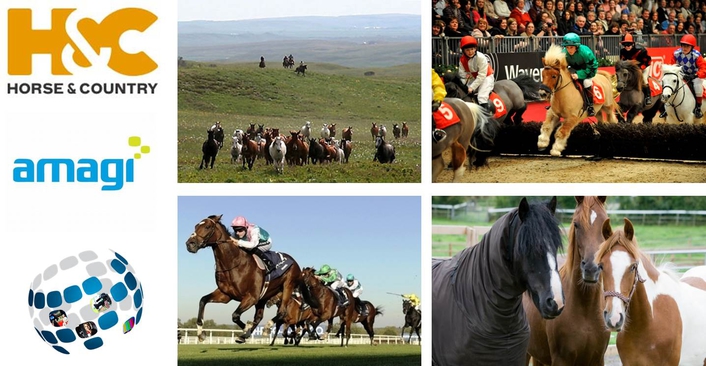 New “Cloudport” service chosen to support channel’s international expansion
As part of its accelerating international expansion, Horse & Country TV, the specialist equestrian sports and lifestyle network, is pleased to announce that it has chosen Amagi Media Labs to deliver its signal to cable, satellite and IPTV operators.

Amagi offers a next generation cloud-based broadcast distribution and playout infrastructure for television networks. The Bangalore-based company runs India’s largest local advertising network playing more than 1 million local ad seconds every month on more than 10 TV networks ranging from sports and news to entertainment and lifestyle. The company also has international deployments of its broadcast infrastructure in Singapore and Africa.

Horse & Country will leverage Amagi’s Cloudport infrastructure platform to deliver localized channel feeds to current and future markets where the channel is distributed.

The Cloudport platform is designed as a full-featured alternative to traditional channel playout options (like Satellite, Fibre). TV networks can deliver feeds with rich channel branding, diverse language versions and subtitles using Cloudport. The platform can incorporate local advertising and local programme insertion, and will shortly also allow for the insertion of live programming.

H&C TV conducted an extensive review of technology options for international delivery and playout of localised content including satellite, fibre and IP delivery, working with John Wallace of Wallace Broadcast, before selecting Amagi Cloudport as the best solution for its specific needs for international expansion.

H&C TV CEO and Chairman, Heather Killen said: “Future-proofing our channel for multi-platform international distribution has been a key strategic goal for H&C as we expand our presence in new markets.  We are confident that we have found in Amagi a partner that will support our development in an extremely flexible and targeted way.”

Baskar Subramanian, Co-Founder Strategy, Investments and R&D with Amagi, said of the partnership, “We believe that cloud-based models are the future of broadcast. Cloudport holistically addresses all the needs of broadcasters for channel playout and is set to become the standard for multi-platform channel delivery, replacing expensive satellite and fibre-based content delivery.  We are delighted to announce Horse & Country TV as Amagi’s first Europe-based, international channel and look forward to a long and successful partnership as they continue their international roll-out.”

Horse & Country TV broadcasts in the UK and Ireland, the Netherlands, Sweden and Malta, can be found on the web at www.horseandcountry.tv and www.horseandcountrytv.nl. The Channel carries exclusive sports event coverage, news, documentary and personality-led programming to the passionate audience for horse sports and country living. At the UK’s Broadcast Digital Awards H&C won "Best Specialist Channel" in 2011 and was shortlisted in two categories this year. Online H&C publishes blogs and commentary provided by a range of experts and personalities, an extensive range of equestrian video, a calendar of events, as well as programme support material for all of the Channel's featured shows. H&C's role as a community hub for the horse and countryside loving community is reflected in the Channel's 500,000+ viewers each month, 90,000+ Facebook fans and 20,000+ followers on Twitter. 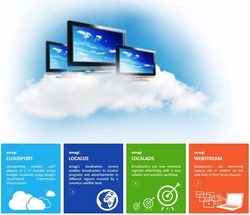 Wallace Broadcast is a broadcast and future media consultancy, helping broadcasters and broadcast service providers with technology choice and direction, operational structure and business analysis, enabling their clients to take brave strides towards appropriate solutions and the future of broadcast.
John Wallace, a graduate of the BBC Academy, Ex BBC World News and BBC Global Channels, has been a broadcast engineering and operations professional for 20 years. He launched Wallace Broadcast to the market in November 2007 and the business has grown steadily in reputation and client base year on year. Clients include, H&C TV, Scripps Networks Interactive, Travel Channel, BBC Worldwide, NBC Universal, Padva, Haslam- Jones & Partners LLP and TVT Ltd, to name a few.